‘You’ve got to know what makes people tick’

WHEN his offices had to close and clients cancelled contracts during lockdown, Steven Bartlett, who co-founded media agency Social Chain Group, reacted by focusing on new revenue streams and keeping the lines of communication open.

“Parts of the company were haemorrhaging cash so we concentrated resources on our e-commerce division to compensate,” he says. “At the same time, as a CEO I tried to appear optimistic to support and reassure my staff.”

Steven is one of the UK’s youngest and most successful digital entrepreneurs. He set up integrated social media marketing business Social Chain Group in 2014. The business went from one customer to a £300million valuation in just five years, with a client list that includes Spotify, Microsoft and Just Eat. His personal fortune is valued at £60m. Not bad for a “university drop out”.

Social Chain’s rapid rise was built by harnessing the power of social media to communicate brand messaging direct to its audience. Steven had originally managed a student website, Wallpark, but switched when he saw how to connect people with brands.

“There was a tremendous amount of resistance to social media when we started out,” he says. “Traditional ways of marketing were still being used and advocated. But social media was like a big wave coming into shore and we were one of the few people with a surfboard.”

Steven surrounded himself with a young team – the average age was 20 – who understood social media. Using a £300,000 initial investment he hired those with the biggest followings on social media and put them in an office in Manchester with no rules, unlimited holidays, a bar and free food.

“I ignored convention and tried to create a company where I would want to work. And that meant that people had freedom to behave how they liked,” he says. “I needed young, talented people who thought like me. And when I needed experience to sell our expertise, I hired that, too.”

He was also recently announced as the youngest ever member of the BBC’s Dragons’ Den investment team.

“Ten years ago I applied to go on that show and failed,” he says, “So to join as a Dragon is an incredible thing. My objective is to represent a new generation of young, black talent, and bring a new business perspective to the show.” 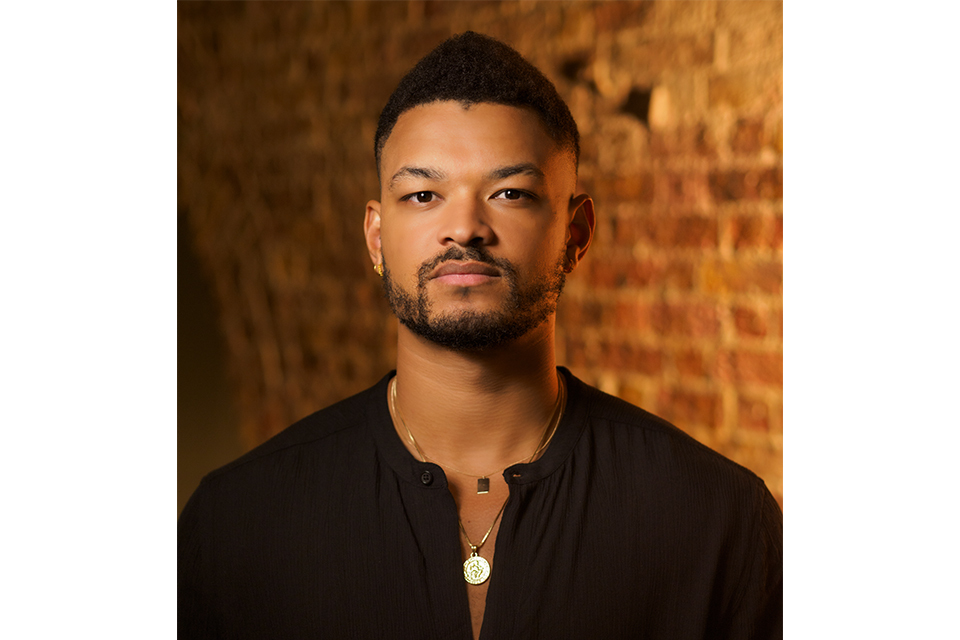 Fresh perspective: Steven is the voice of a new generation of young talent

Data you capture about your customers and website visitors is going to become more and more important. Analytics tools will then help you interpret it all.

Social media is changing all the time. Use trial and error to find out what works. It will eventually bring you to the right answer.

Social media is about people. Understand what makes them tick, why they will share something that eventually goes viral.

Prepare for the worst

Uncertainty will postdate the pandemic. That could mean anything from cyber-attacks, clients cancelling or office break-ins. I’ve had them all. Plan accordingly.

Don’t cling romantically to your initial business idea if it doesn’t fly.

ANTHONY IMPEY MBE, BE THE BUSINESS

Many businesses have learnt to operate remotely during the pandemic. When he took over as CEO of business support organisation Be the Business last September, Anthony Impey, had to work with his team, partners and suppliers via video.

“Technology has proved vital in helping businesses respond to new challenges and our aim has been to support and encourage them to adopt it,” he says. “The signs are positive which is important because there is a default expectation from consumers that digital transactions will be the norm.”

Anthony has spent his entire career championing digital technology. A born entrepreneur who sold stationery from a school locker, he set up his first telecoms business in his early twenties. In 2003 he founded Optimity, which pioneered affordable high-speed wireless broadband to SMEs.

“I saw that the quality of connectivity was becoming more and more important but the costs of laying fibre cable were enormous,” he says. “Today businesses can access powerful technology at much less cost and that’s important because it means smaller businesses can be very competitive.”

Anthony’s ambition for Be the Business, a Lloyds Bank partner, is to fuel the recovery.

As for the future, Anthony foresees the need to prepare for more uncertainty.

“I think the next decade will be very volatile so businesses need to learn to innovate and using digital tools will help them do that. The great thing is there are lots of businesses that have already made the leap and are happy to share their experience for others to learn from.”

Join Steven and Anthony on July 5 for an online event on lockdown learnings and technology adoption.

Frank Mari and his store (Carlos Chavarría) The first time I looked at my father’s Yelp reviews, I…
byBizLifetime
No comments

What Is the Average Email Marketing Cost? What You Need to Know

Asda puts 5,000 jobs at risk, including 3,000 back office shop workers with major restructure

ASDA has announced a major restructure that puts 5,000 jobs at risk, including 3,000 back office workers. The…
byBizLifetime
No comments