You’re not livin’, ’til you’re livin’ … livin’ with them! In 2021, iconic ’00s duo Aly and AJ Michalka released their first album in 14 years. Now, they’re on tour in support of the record — and they gave Us the inside scoop about their life on the road.

When the sisters — who brought Us bangers like the hit “Chemicals React” and the fan favorite “Like Whoa” — dropped their latest album, A Touch of the Beat Gets You Up on Your Feet Gets You Out and Then Into the Sun, fans were thrilled for the first full-length project from the duo since 2007.

While both Aly, 33, and AJ, 31, are aware of the nostalgic factor of their music — “Potential Breakup Song” has gone viral on TikTok and inspired them to release a new, explicit version — the Disney Channel alums set out dive into social issues they are passionate about on A Touch of the Beat, their latest album.

“Aly and I, our political involvement has grown, our involvement with mental health awareness has grown, our involvement with the LGBTQ community has grown. All of that does play into the lyrics and the meaning behind a lot of these songs,” AJ told Entertainment Weekly in 2021. “It’s not necessarily a love song album. There are love songs on the album, but the record is really authentic and carries a lot of depth and weight that I think people are going to feel refreshed listening to.”

Disney Channel Original Movie Leading Ladies: Where Are They Now?

In addition to their pop music career, the sisters are also known for their acting. The two starred in the Disney Channel Original Movie Cow Belles, while Aly had a lead role on Phil of the Future before joining the CW’s Hellcats and playing a supporting part in Easy A. For her part, AJ starred in ABC’s Schooled and The Goldbergs, with a voice role on Netflix hit’s animated series She-Ra and the Princesses of Power.

With the release of A Touch of the Beat, Aly & AJ have released four studio albums together, starting with 2005’s Into the Rush. The success of that record was quickly followed by their 2006 Christmas album, Acoustic Hearts of Winter. In 2007, the musicians dropped Insomniatic — the album that put them on the map with “Potential Breakup Song.”

Stars You Forgot Were on Disney Channel

While the sisters continued to make music together throughout the years, including several EPs, A Touch of the Beat — and its lead single, “Slow Dancing” — was the catalyst for the two to go back on the road in support of a full album.

Keep scrolling to see a glimpse at Aly & AJ’s life on tour and visit their official website for upcoming tour dates:

9:00 a.m.
Page-turners. Aly & AJ are back with a new tour! “Reading is a big part of bus life,” AJ told Us. “We couldn’t help but stop at our favorite [bookstore] in San Francisco called City Lights.”
Courtesy of Aly & AJ McKenna 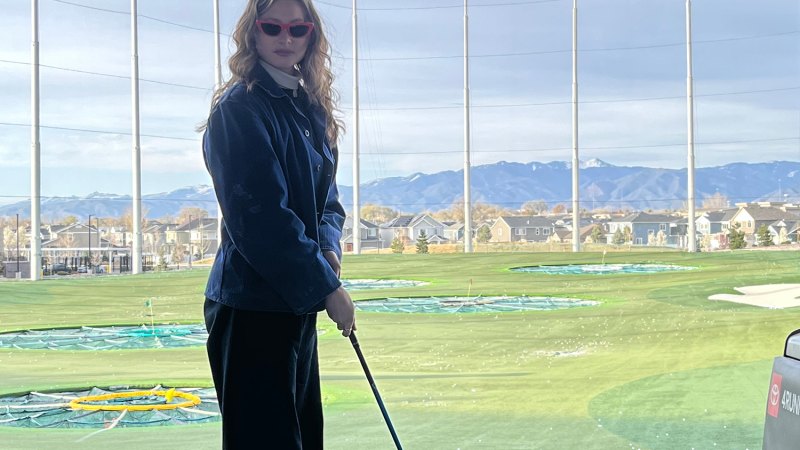 12:00 p.m.
Tee time. You gotta get in some fun when you’re on the road! “We all went to Topgolf to celebrate AJ’s birthday,” Aly shared. “It’s always fun hanging with the band and crew.”
Courtesy of Aly & AJ McKenna 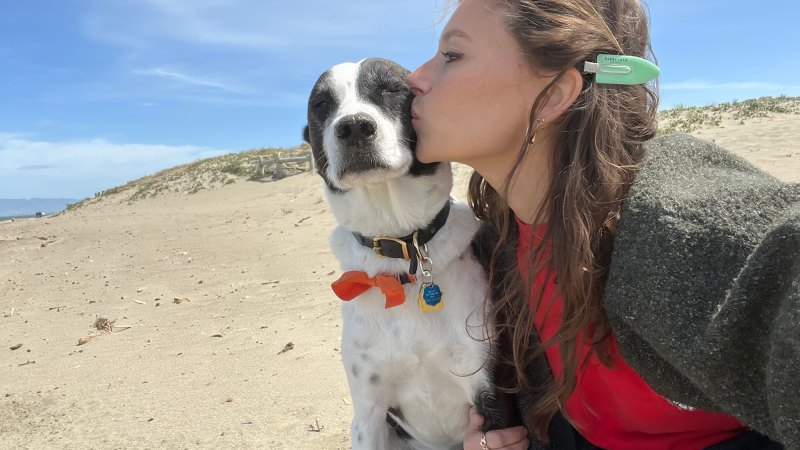 2:00 p.m.
The pup star! “Having Aly’s dog, Bixby, with us for the entire tour is such a game changer,” AJ noted. “His energy is so healing, and he just puts everyone in good spirits when he’s around.” There’s nothing like canine companionship.
Courtesy of Aly & AJ McKenna 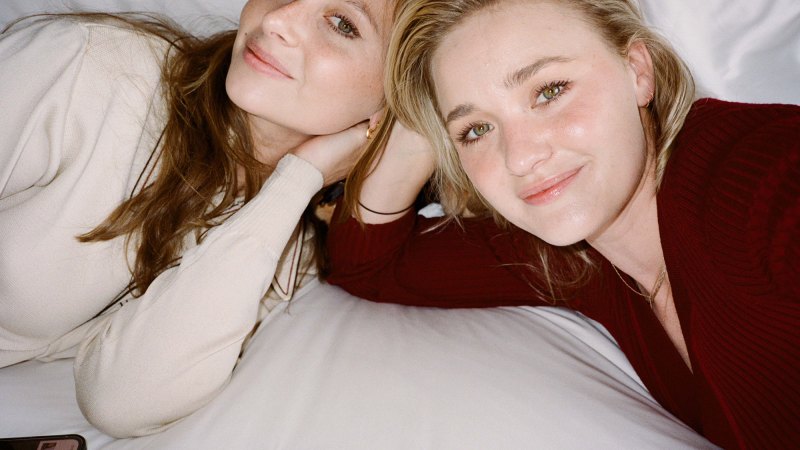 4:00 p.m.
The siblings, who released their first album in 14 years in 2021, take a break before getting ready for their evening concert. “We love a good hotel bed!” Aly said. “We’re big sleepers. Staying rested really helps us stay strong, vocally and physically.”
Courtesy of Aly & AJ McKenna 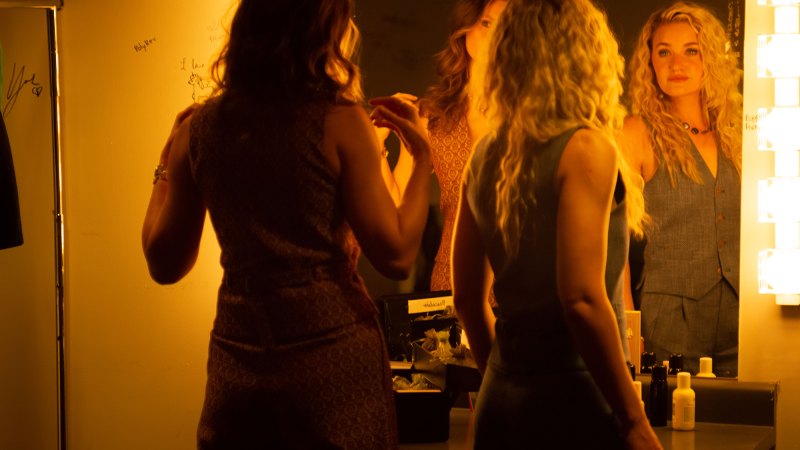 6:00 p.m.
Getting glam. “We have a whole backstage process,” AJ explained. “We do hair and makeup, pull our outfits, [do] vocal warm-ups and go through notes, then have some hot tea before we hit the stage.”
Courtesy of Aly & AJ McKenna 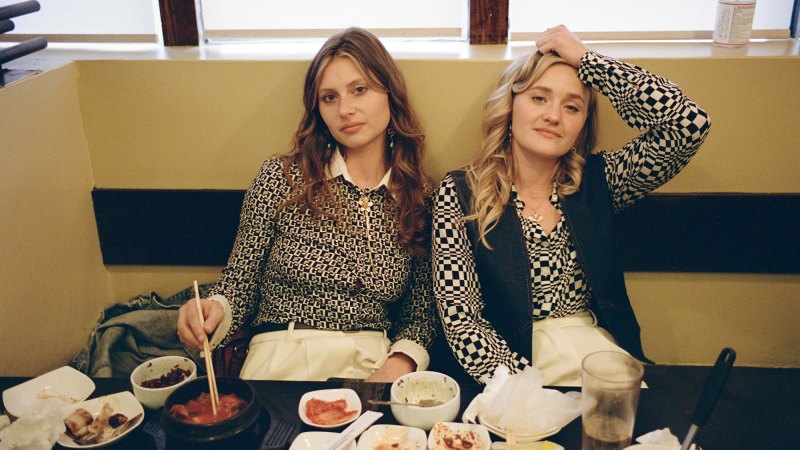 9:30 p.m.
Time to dine! “We’re big foodies,” AJ said. “It’s always important to find great spots on the road. We literally keep a list on our phones of all of our favorite places in each city.” Bon appétit!
Courtesy of Aly & AJ McKenna

Kate Middleton May Be Princess of Wales After Queen’s Death

Changing names. Following Queen Elizabeth II‘s death, many of her family members will gain new titles — including…
byBizLifetime
No comments

Maybe the premise of The Bachelorette isn’t so crazy after all! JoJo Fletcher and Jordan Rodgers can count themselves among…
byBizLifetime
No comments