As a black woman I had to work twice as hard as everyone else, says Loose Women’s Charlene White

CHARLENE White says she has had to work twice as hard as anyone else to forge her career in TV.

The Loose Women star – who was the first black woman to front ITV’s News at Ten – told The Sun’s International Women’s Day event that being black, female and working class meant she had to break through barriers to progress. 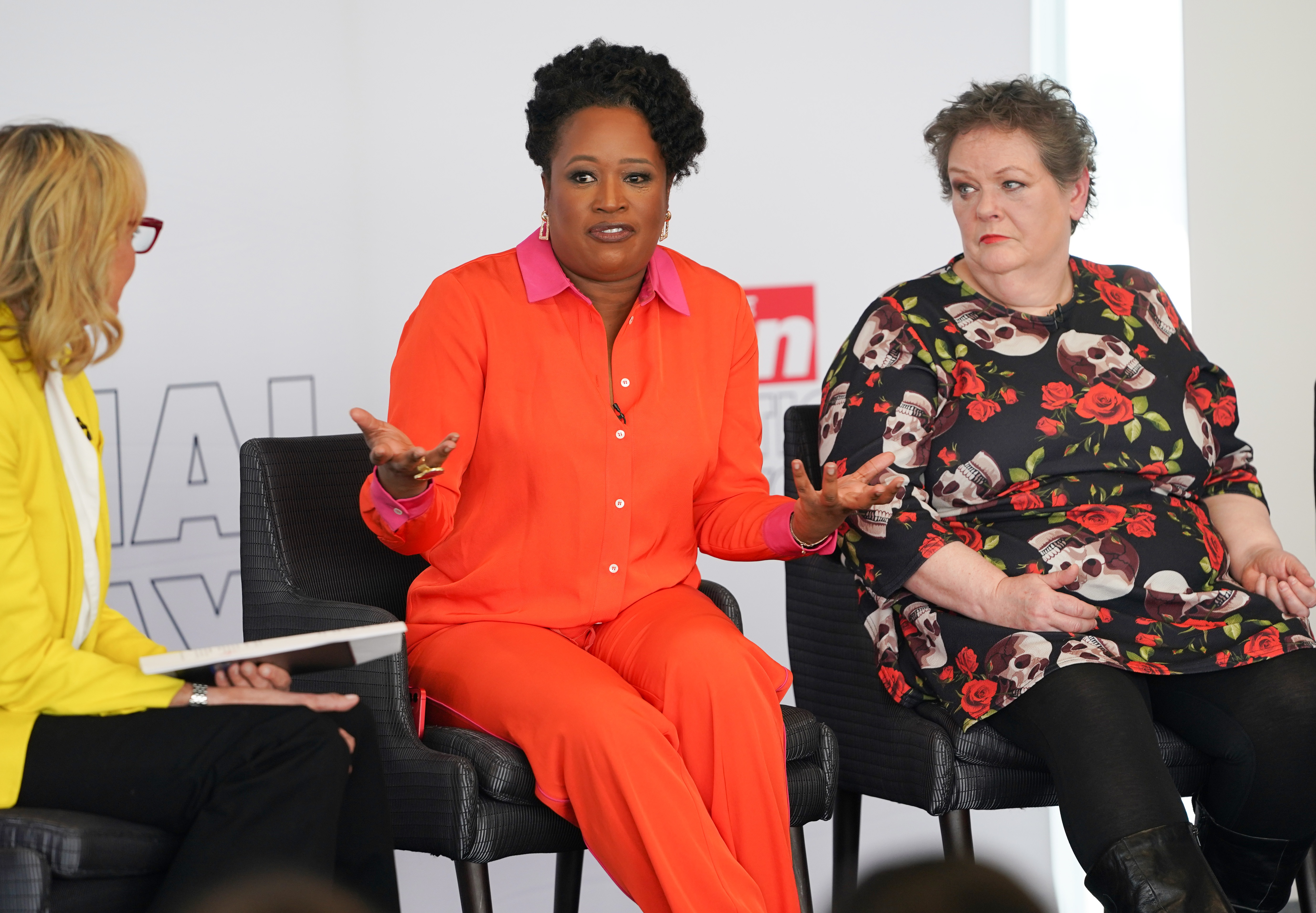 Charlene says she had to work harder to get to where she isCredit: Paul Edwards

“I have worked seven day weeks, triple or quadruple shifts to get to where I am,” she says.

“I was always taught to work twice as hard as my neighbour and I haven’t stopped doing that, and I will tell my children to do the same.”

Charlene, 41, says she got her work ethic from her parents, who emigrated to the UK from the West Indies, and says her achievements are a tribute to them.

“My parents worked so hard when they came here, to a country that didn’t treat them very well,” she says.

“I wouldn’t have been able to do it had it not been the things they instilled in me.”

The panel event, at The Sun’s London HQ, was watched by an audience of 100 teenagers from the Girls Network and Greig City Academy. 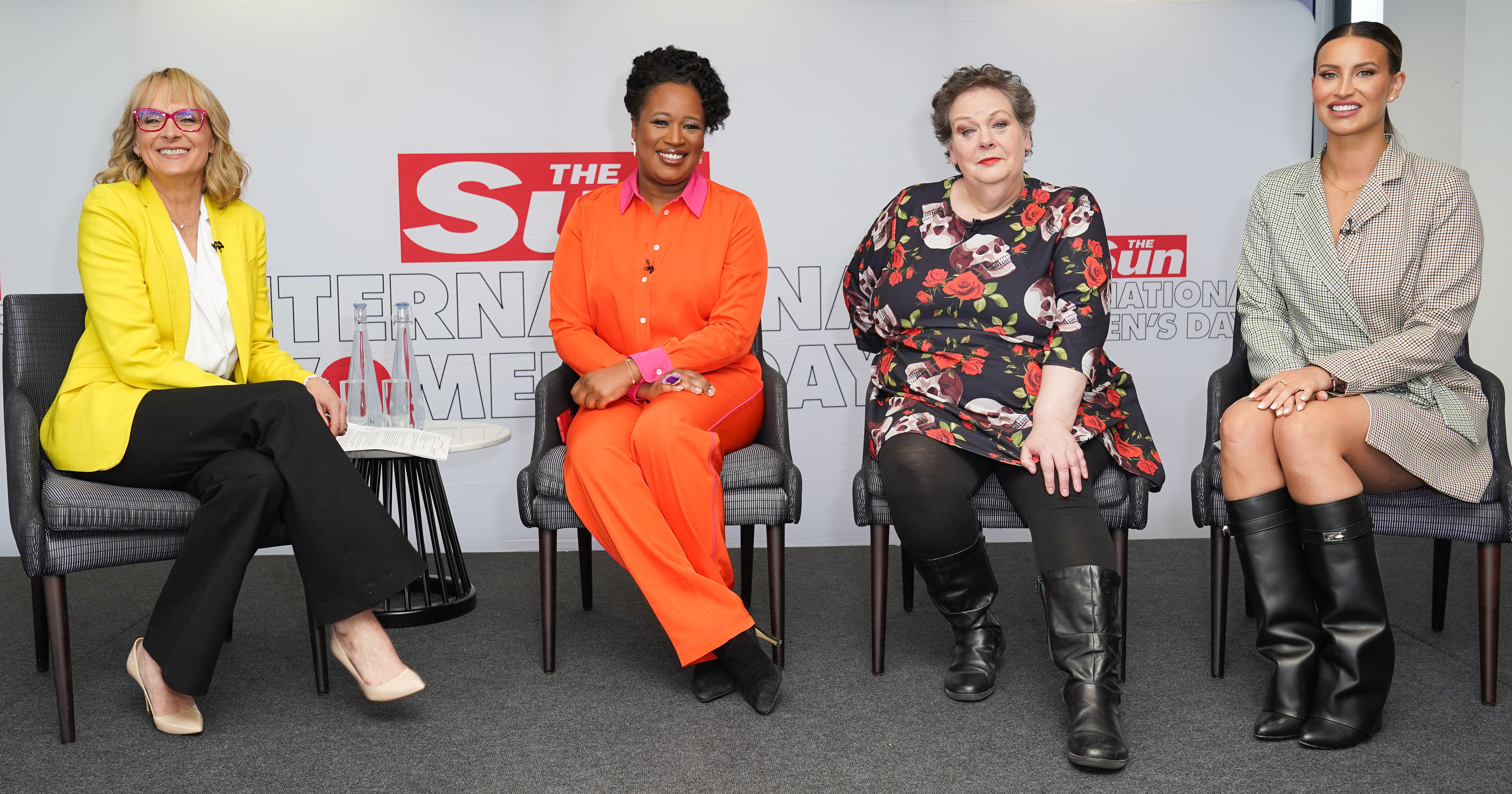 Charlene was on a panel with Louise Minchin, Anne Hegerty and Ferne MccannCredit: Paul Edwards

The presenter started her career in a live, vibrant newsroom at music station 1Xtra, but says she faced discrimination when she moved into regional TV because of her accent.

“Being a black woman from a working class family, I didn’t necessarily talk the way other journalists spoke,” she said.

“I fought really hard to not change that. When I moved into regional TV in Norwich I recorded my voice and a reporter said to me, ‘You’ll have to redo that because that’s not how we talk at the BBC.

“I don’t necessarily speak what would historically be called the Queen’s English but that’s part of who I am.

“I grew up in Lewisham and I don’t come from where everyone else comes from. Not everybody else’s parents had to work six jobs to send their kids to school but that’s my superpower and what makes me different.”

Regrets ‘toning herself down’ 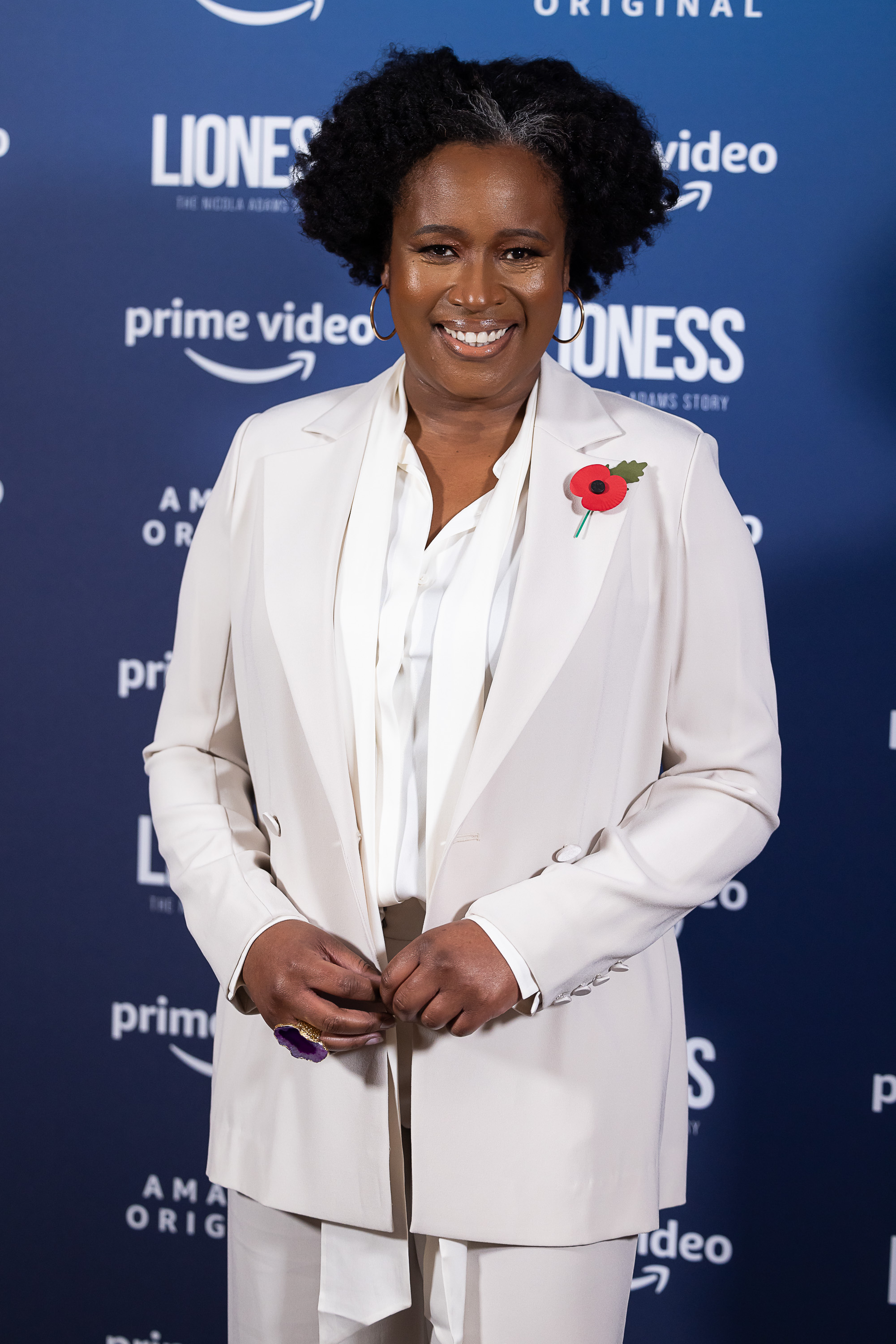 She also says she regrets “toning down” her behaviour to fit in.

“At 1xtra we never had to be quiet or act a certain way so when I went to regional TV and I was exactly the same way I have been behaving for six years,” she says.

“That’s when the shock hit me, because suddenly people were looking at me like I was strange, like I wasn’t intelligent and I couldn’t do my job.

“So for a few years, I had to force myself to tone it down a little bit and then the more senior I became, the more I felt that I shouldn’t have to change who I am to do what I want to do.”

“But other people made me feel like I was in the wrong for being who I was and  I really regret listening and behaving how they wanted me behind you.”

They’re so gorgeous! Taylor Swift and Joe Alwyn have kept their romance relatively private since their relationship began,…
byBizLifetime
No comments

Everything to Know About ‘The Bachelor’ Season 27