We look at some of Las Vegas’s biggest celebrity weddings and rate them in tackiness out of five.

Still going strong? You bet. And this wedding was just for “practice” so expect more lavish nuptials, coming to a reality show near you.

They said: “At 2am, after an epic night and a little tequila, a queen and her handsome king ventured out to the only open chapel with an Elvis and got married (with no license),” said Kourtney on Instagram. 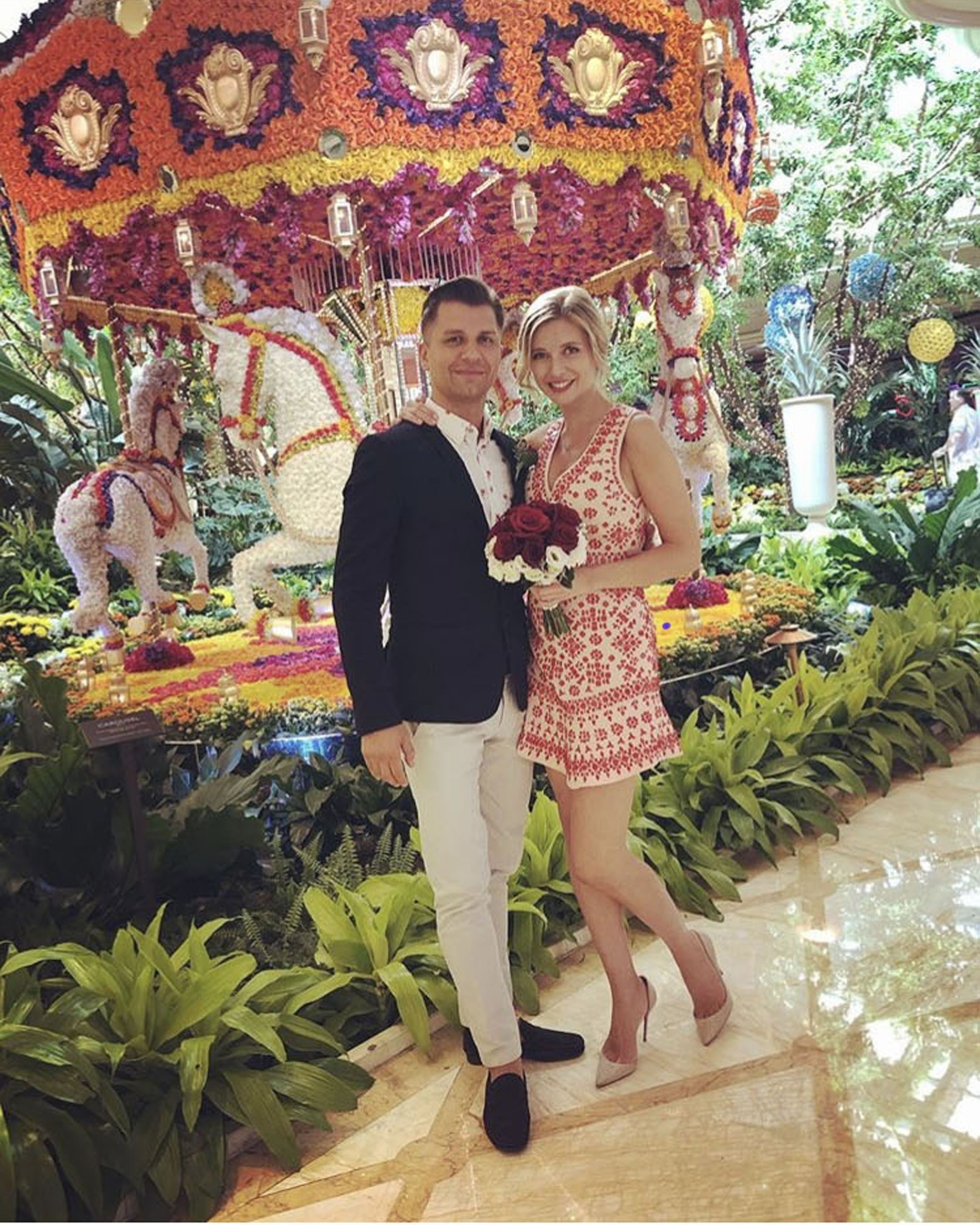 What happened in Vegas: After falling in love on Strictly, Countdown’s Rachel Riley wed dancer Pasha Kovalev in 2019 at Fremont Wedding Chapel, which offers £30 ceremonies and a dwarf Elvis impersonator.

Dress code: A then-pregnant Rachel wore a minidress while Pasha opted for chinos and a blazer. And his dancing shoes, no doubt.

The menu: We’re not sure, but given Rachel is vegan and Pasha is Russian, tofu and vodka?

They said: “It suited us,” said Rachel. “It was perfect.” 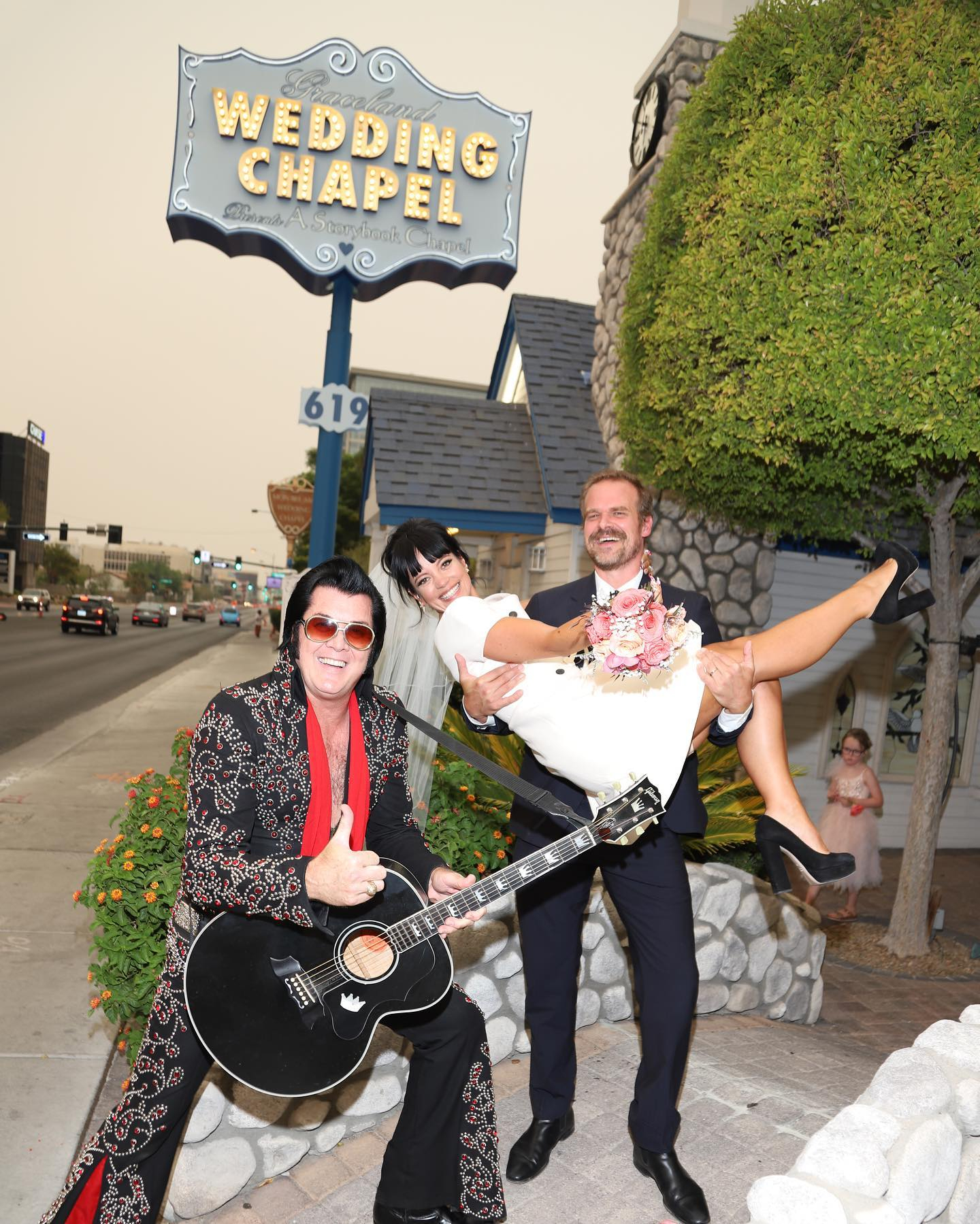 Still going strong? Very much so. Lily recently revealed they were building their family home in New York.

They said: “The pandemic was going on… We had to get married very quickly,” said David. “The only place you can really get married quickly and effectively is Las Vegas.” 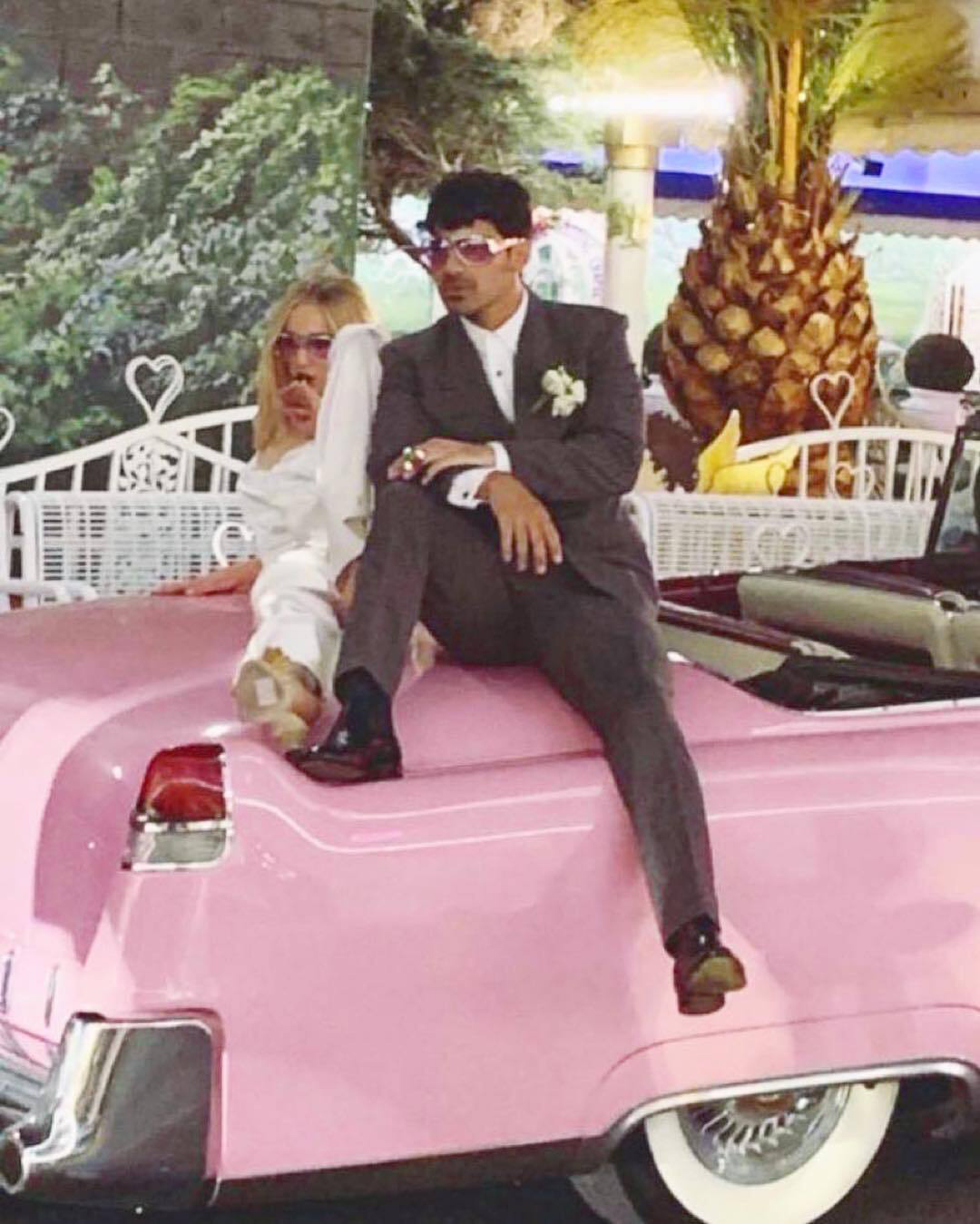 After the Billboard Music Awards in 2019, Joe Jonas and actress Sophie Turner wed at the A Little White Wedding Chapel

What happened in Vegas: After the Billboard Music Awards in 2019, Joe Jonas and actress Sophie Turner headed to A Little White Wedding Chapel.

DJ Diplo live-streamed the event and it all culminated in a hot tub.

The dress code: Sophie wore a white jumpsuit and her beau looked dapper in a suit.

They said: “We had to do a legal marriage before we did a big one,” said Joe. “I preferred our version – [it had] friends, Elvis and Ring Pops.” 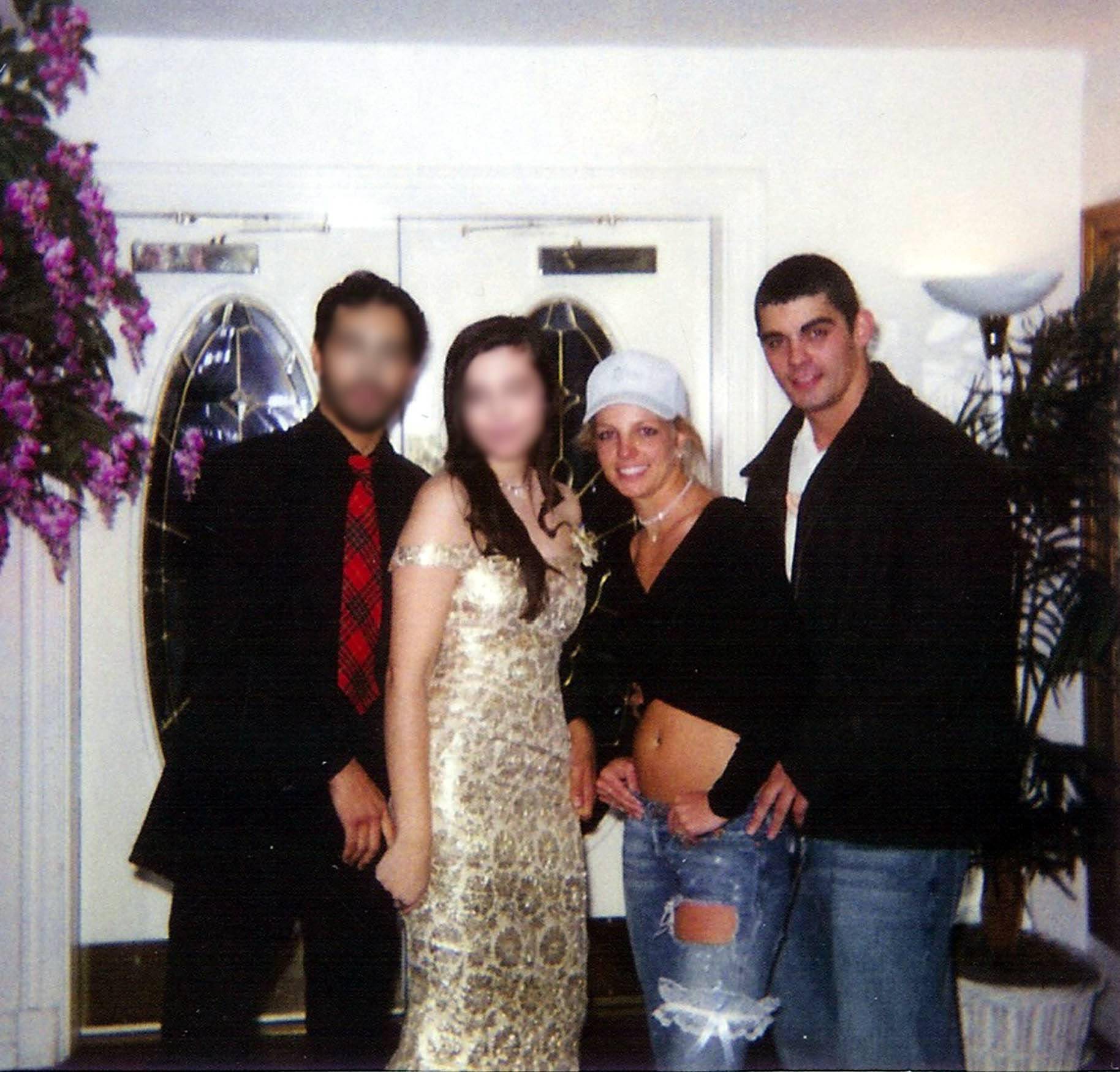 What happened in Vegas: Way back in 2004, Britney married her childhood sweetheart Jason Alexander. They arrived at A Little White Wedding Chapel in a lime-green limo and got married with a boombox playing Here Comes The Bride.

Dress code: Brit wore a white baseball cap and they twinned in jeans.

The menu: No idea, but Jason has said they consummated the marriage in the back of the limo afterwards. TMI!

They said: Britney later said she was: “Being silly, being rebellious.” 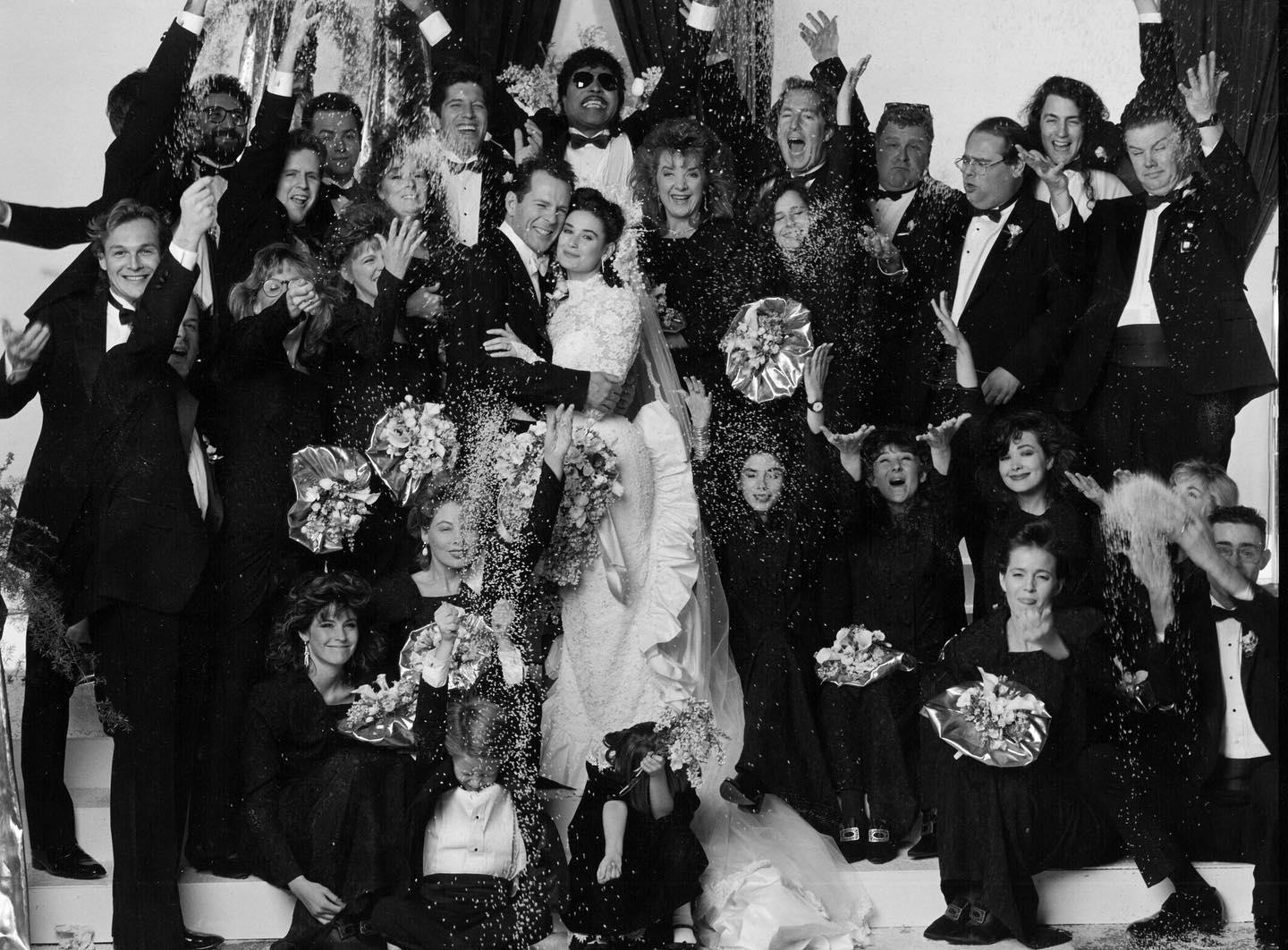 What happened in Vegas: After a three-month love affair, Bruce Willis and Demi Moore tied the knot at the Golden Nugget Hotel in November 1987 while on holiday, before renewing their vows in front of loved ones a month later.

Dress code: We like to imagine Bruce wore his trademark white vest under his tux.

The menu: Totally hush-hush, but with Bruce’s links to Planet Hollywood, maybe it was burgers all round.

Still going strong? They divorced in 2000, but have three daughters together and are still great friends.

They said: “We were moving to the gambling tables when Bruce said: ‘I think we should get married,’” said Demi. “We’d been joking about it on the flight there.” 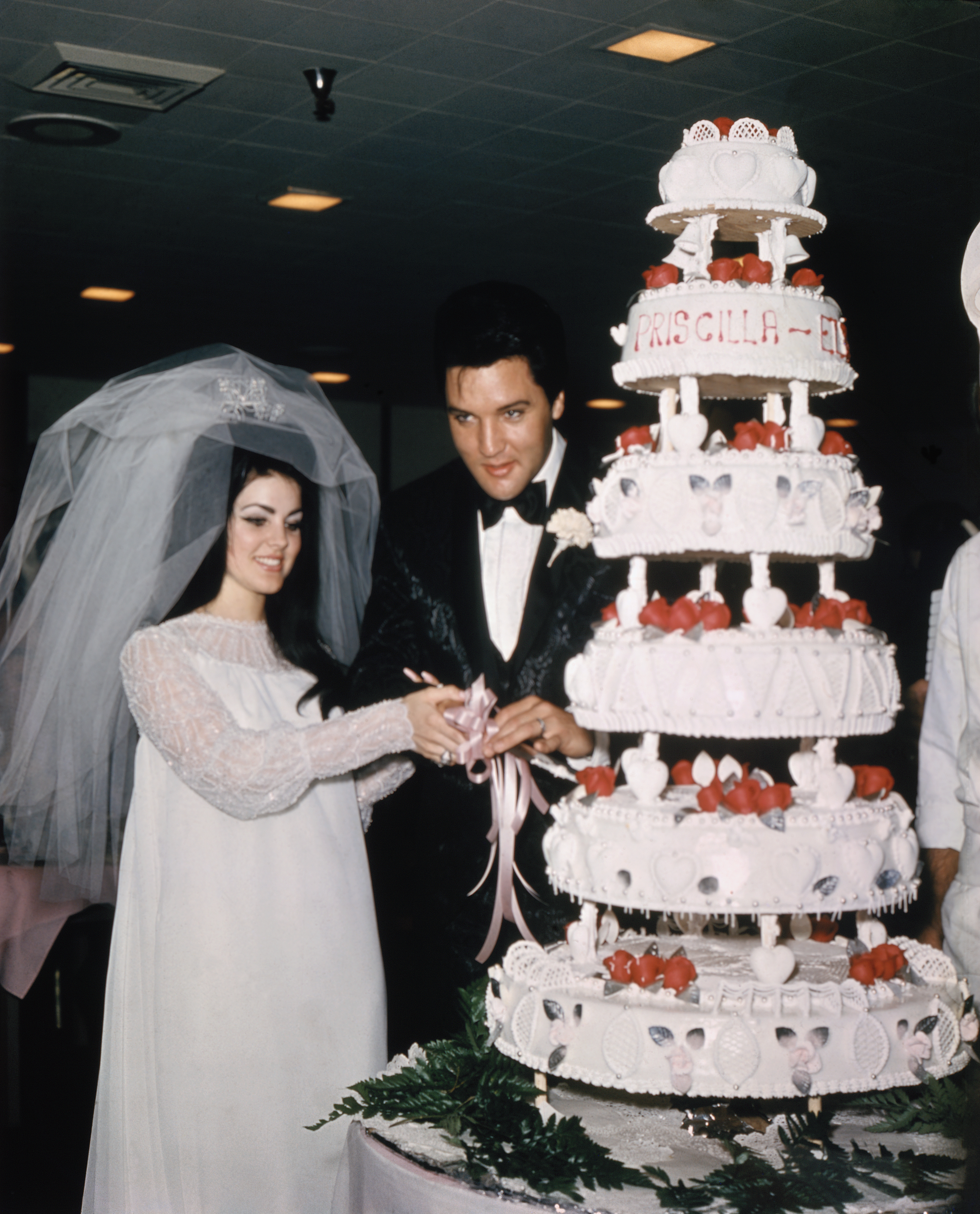 What happened in Vegas: There’s a reason why Elvises are a thing at Vegas weddings.

Way back in 1967, the king of rock and roll married his long-time girlfriend Priscilla at the Aladdin Hotel.

Dress code: Elvis wore a silk tuxedo and cowboy boots. Cilla had a three-foot veil and a rhinestone tiara.

The menu: A six-tier cake with marzipan roses.

Still going strong? They only made it to six years of marriage, but stayed friends.

They said: “It was the people closest to us, and private, and that’s how we wanted it,” Priscilla said.

Opposites attract! Gwen Stefani and Blake Shelton might seem as different as can be — but they make…
byBizLifetime
No comments

The Best Celebrity Pranks of All Time

Tinseltown is up to some tricks! Though Hollywood can be a serious business, celebrities often share their light-hearted…
byBizLifetime
No comments

Jim Carrey Calls Out Hollywood After ‘Sickening’ Ovation For Will Smith

Table of Contents Hide At the 2022 Oscars, Will Smith slapped Chris Rock onstage in defense of his…
byBizLifetime
No comments

MEGHAN Markle made a sweet comment about the Royal Family while hugging a well-wisher. The Duchess of Sussex was…
byBizLifetime
No comments