A tender-hearted romance with nuances of race, class, community and loss

ALI (Adeel Akhtar, Four Lions) is an upbeat British-Asian landlord who adores his grey, soggy home city of Bradford, is obsessed with dance music and spends his spare time DJ-ing on the decks in his basement man-cave.

Ali and Ava embark on a gentle, stuttering, cautious and oh-so-human affairCredit: Alamy 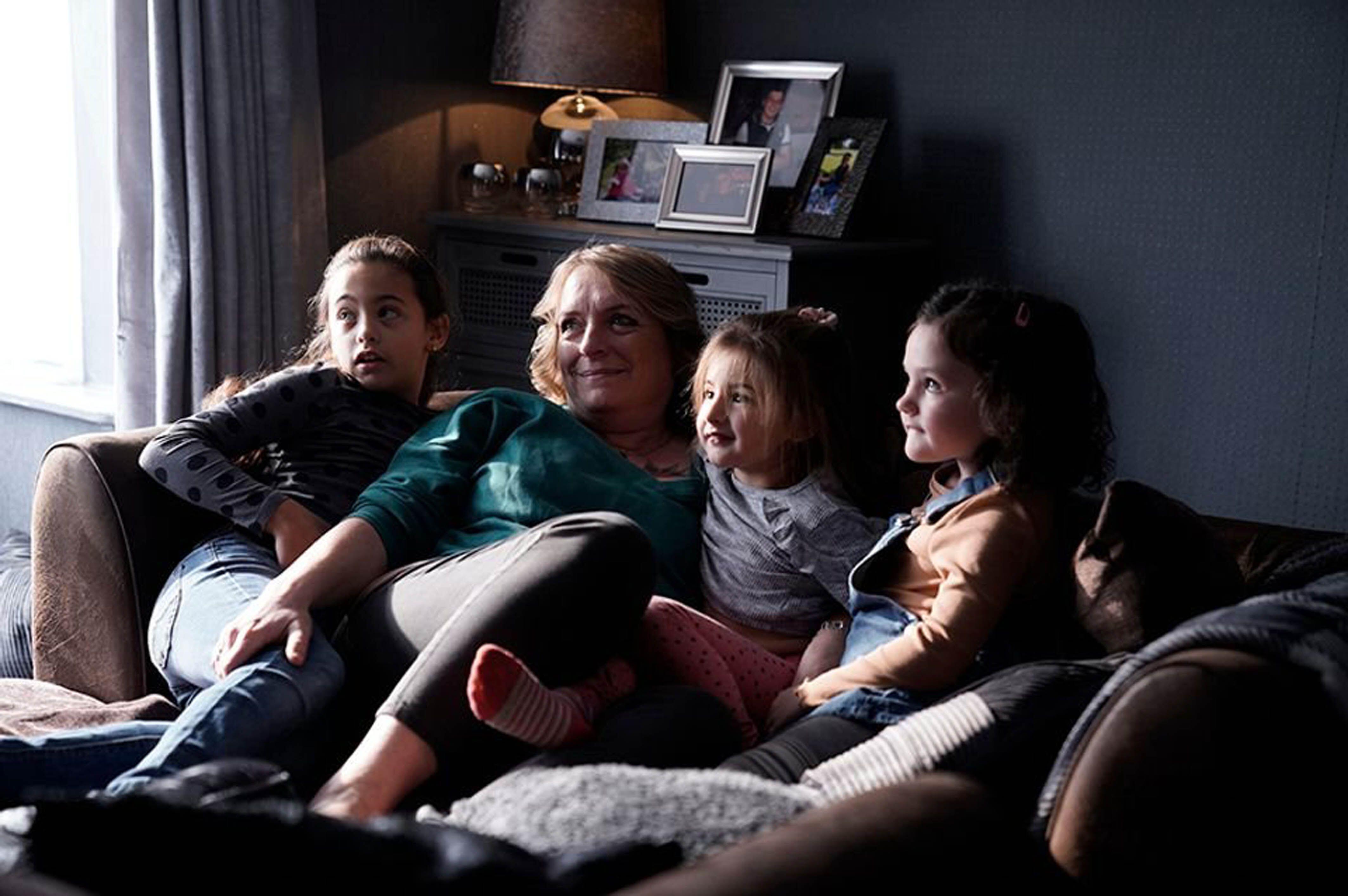 A tender-hearted romance from director Clio Barnard (The Selfish Giant) which delivers moments of pure understated joy and humourCredit: Alamy

But behind Ali’s cheerful persona there is hidden heartache. He and wife Runa (Ellora Torchia) have separated, but Ali’s family next door don’t know about the split and he is too ashamed to tell them.

Nearby, in a neighbourhood “so rough taxis won’t go there” Ava, (Claire ­Rushbrook) is a single mum, widow and domestic abuse survivor.

Nurturing Ava, who has Irish heritage, works as a classroom assistant and loves country music.

Kind and hopeful despite her testing past, she fears her son, new-parent Callum (Shaun Thomas) may be growing up to be a little too like his violent, deceased dad. As Ali and Ava embark on a gentle, stuttering, cautious and oh-so-human affair, this socially real, tender-hearted romance from director Clio Barnard (The Selfish Giant) delivers moments of pure understated joy and humour.

But along the way also carefully and quietly contemplates more weighty nuances of race, class, community, loss and family.

THERE’S a new caped crusader in Gotham City – and he could be straight from an emo rock band. 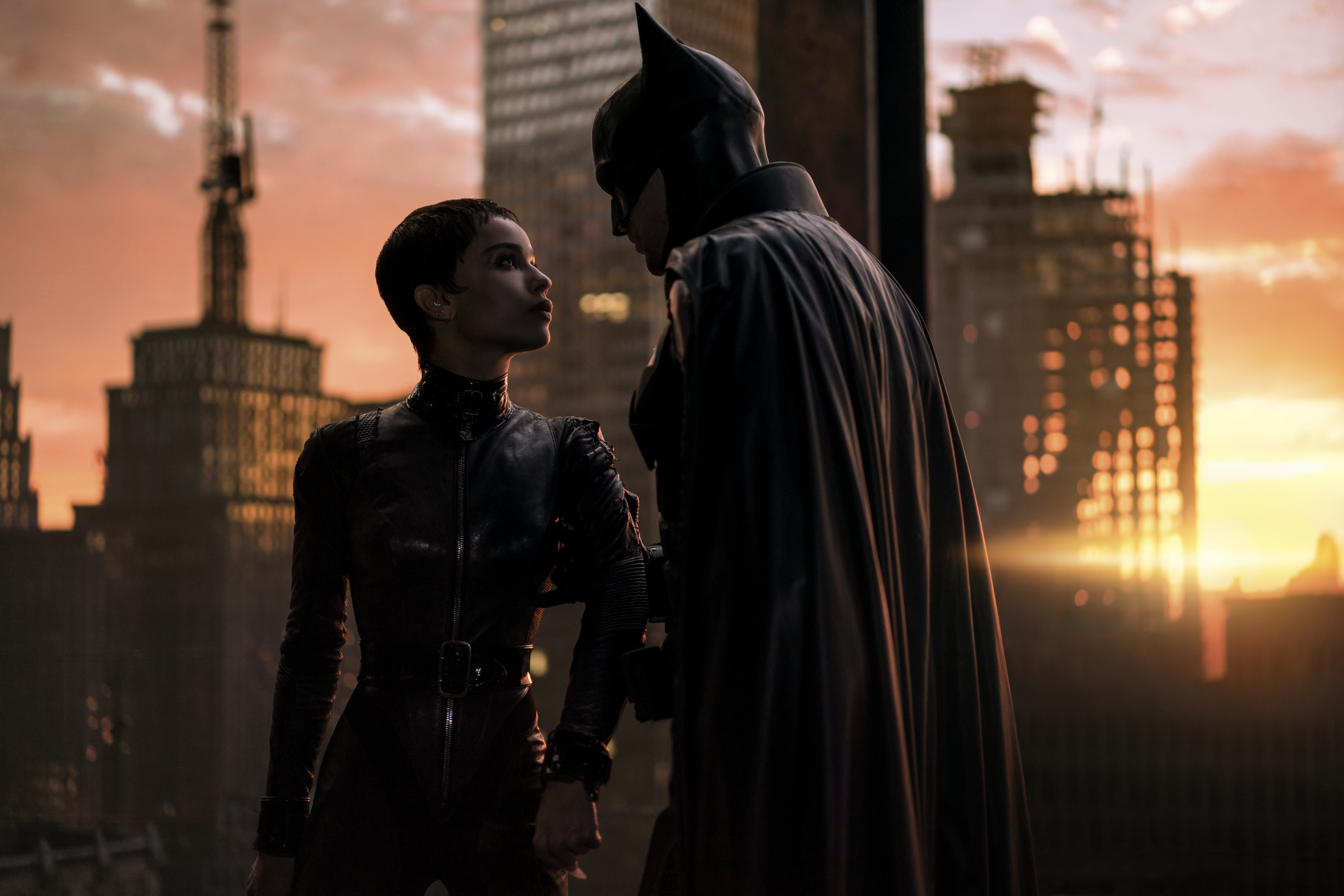 Even darker than Christopher Nolan’s The Dark Knight trilogy, this version is more of a serial-killer thriller than action man pictureCredit: AP

With his pale complexion and hair falling over his heavily-lined eyes, some black nail varnish and an eyebrow piercing wouldn’t look out of place.

Even darker than Christopher Nolan’s The Dark Knight trilogy, this version is more of a serial-killer thriller than action man picture.

Similar to horror film Se7en, with sprinkles of Line Of Duty thrown in, Gotham City is fraught with crime and corruption.

And Batman is soon on a case to find sadistic killer The Riddler, who wants to expose deep-rooted corruption in the city by carrying out gruesome killings of high-profile men in politics and the police.

At each crime scene, he leaves a riddle for Batman.

Batman’s path soon crosses with cat owner and nightclub worker Selina (Zoe Kravitz), and together they work to save the city.

The Gotham created by Reeves is relentlessly bleak — the rain falls hard and daylight rarely appears. And there is no comic relief.

Memories of Jim Carrey prancing around in a question mark-covered leotard as The Riddler in 1995’s Batman Forever could not be further from Paul Dano’s version — a pale loner in a hoodie, straight from the dark web.

And in Hollywood’s bizarre new obsession with disguising handsome men as mottle-skinned fat Italians (Jared Leto in House Of Gucci), Colin Farrell plays the Penguin — a gangster and nightclub owner.

With none of the magic of Tim Burton’s Batman Returns, neither Catwoman nor the Penguin have a back story that links them to their alter-egos. And it’s not as though there was a lack of time — the film runs to nearly three hours.

You have to wait one and half hours to watch any classic Batman behaviour, like gliding from the top of skyscrapers.

While there’s no doubt it could have done with 45 minutes shaved off in the cutting room, this ominous and sadistic version of the DC hero will leave fans wanting more.

WHEN it comes to 70s punk, The Sex Pistols drove the music scene and Vivienne Westwood the fashion. But what do we know about their pal, producer Don Letts? 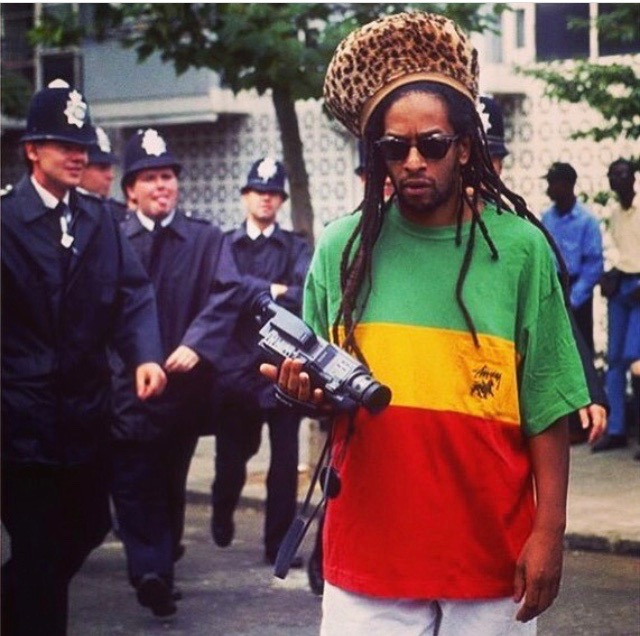 Don Letts made 400 music videos for bands including The Clash and is an award-winning movie director.

Part of the inner circle of The Clash and the Sex Pistols, he introduced reggae to the punks, shaped their style and filmed their gigs.

He made 400 music videos for bands including The Clash and is an award-winning movie director.

This film opens with a retro TV showing news clips from riots and protests in the 70s while London Calling by The Clash blares out.

Throughout we see archive footage and photos and while interesting, it’s also a little slow. Letts says: “Everything I am comes from music” and the line-up of talking heads including ex-girlfriend Jeanette Lee, Jazzie B (Soul To Soul), Paul Simonon (The Clash) and John Lydon (Sex Pistols), helps prove his point.

The film ends with the same telly playing current day news clips. The message being that “punk rock is a living thing”.

A rebel attitude that’s as relevant now as ever – just with fewer safety pins.

Candy colours and animation are sharp and exciting to watch

BST Hyde Park has announced details of their Open House series for 2022, featuring workshops, film screenings and…
byBizLifetime
No comments

How to watch King Charles III film and who plays the monarch?