Daniel Kaluuya is writing and producing a Netflix dystopia and it looks all kinds of cool.

The Get Out star and Oscar-winner is branching out into new territory with flick, which is titled The Kitchen and set in the not-too-distant future of 2044.

It’s set in a future where all forms of social housing have been eradicated, with London’s working class forced to live on the outskirts of the city in temporary housing.

The film will follow main character Izi and 12-year-old Benji as they attempt to survive.

Daniel shared a snap of his script, writing on Instagram: ‘This one has been 8 years in the making with director @kibwetavares and producer Dan Emmerson, started from a conversation in a barbershop when I found out kids were doing million pound heists in a minute for £200 to a dystopian London in the future.

‘Production just started on The Kitchen. Proud to be co-writing (w/ Joe Murtagh) and producing on this one through my production company 59%, DMC film, Film 4 & @netflixuk @netflix.

‘Starring @therealkano and Jedaiah Bannerman. Looking forward to you guys taking it away with you. Outside soon. In a bit.’ 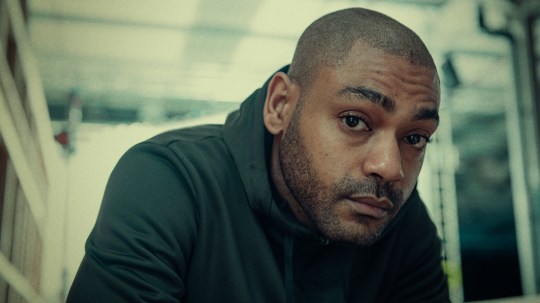 We’re still a little in the dark as to what to expect, with the synopsis reading: ‘The residents of a lonely gulch in inland California bear witness to an uncanny and chilling discovery.’

Of course, Daniel’s still smashing it following his Oscar win for best supporting actor last year for his incredible performance in Judas and the Black Messiah.

He made pretty much all of Britain proud with the win, and he’s clearly not slowing down any time soon.

Netflix’s The Kitchen is in production now.

Sylvester Stallone has addressed his decision not to appear in the latest Creed film, marking the first time…
byBizLifetime
No comments

Lee Pace, who played Thranduil in the Hobbit trilogy, has shared an anecdote from his time on set…
byBizLifetime
No comments

Jennifer Lawrence has voiced her frustration with the gender pay gap in Hollywood, stating she’ll always be paid…
byBizLifetime
No comments