Mads Mikkelsen has opened up on the ‘chaotic’ casting process to replace Johnny Depp as Gellert Grindelwald (Picture: Warner Bros.)

Mads Mikkelsen has revealed he was given two days notice to replace Johnny Depp in a leading role in the Fantastic Beasts film franchise.

Hannibal actor Mads, 56, took over the role of genocidal wizard villain Gellert Grindewald in newly released The Secrets of Dumbledore.

The third installment of JK Rowling’s series saw Eddie Redmayne and Jude Law team up once again to try and defeat Grindelwald, who had previously been played by Colin Farrell and Johnny.

Johnny left the Harry Potter prequel series after losing a High Court battle against the Sun newspaper over an article that labelled him a ‘wife beater’; he is currently locked in a legal battle with ex Amber Heard.

After a strong start with the first film, the Fantstic Beasts series has been marred with controversy over Johnny’s legal battle, JK’s comments on trans people and, most recently, Ezra Miller’s arrest in Hawaii.

In a new interview, Mads admits the casting process was ‘chaotic’ and says he was given two days’ notice on whether to accept the role of Grindelwald. 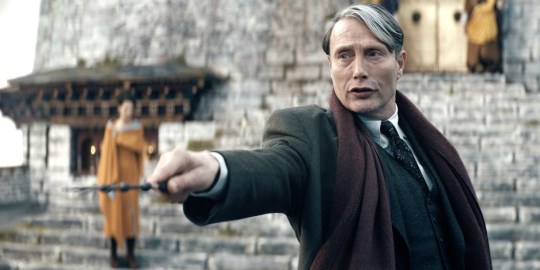 He told The Hollywood Reporter he quickly watched the first two films and read the script for Secrets of Dumbledore to get an idea of the role, saying: ‘It was quite chaotic.’

The team behind Secrets chose not to address Grindelwald’s change in appearance in the new film, and made Mads’ villain a more toned-back version of the platinum-haired, white-eyed wizard played by Johnny.

Johnny’s portrayal of the evil wizard was seen in The Crimes of Grindelwald, with the actor giving up the role following an unrelated lawsuit (Picture: Warner Bros/Kobal/Rex/Shutterstock)

This was the right move for Mads, as he said he didn’t ‘want to copy anything’ Depp had done but aimed to ‘build some sort of bridge between what came before.’

It was also ‘deliberate’ not to give some sort of magical reason why Grindelwald looked different, with Mads explaining ‘the whole world knows why’ the actors had changed.

‘It would almost be like an Easter egg to reality to point out we swapped actors,’ he suggested.

‘Hopefully we drag [the audience] in with the first scene and from there they accept this world.’ 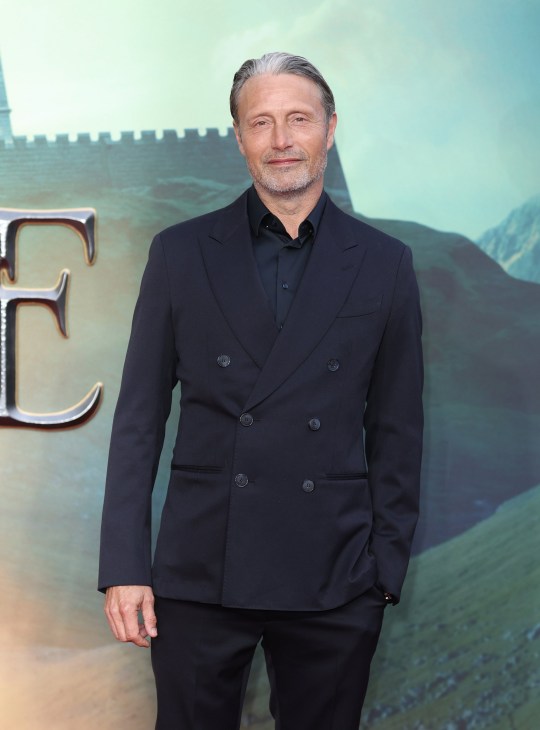 Mads didn’t wan to ‘copy’ Johnny’s portrayal but instead ‘build a bridge’ between the two Grindelwalds (Picture: WireImage )

The Secrets of Dumbledore hit cinemas across the UK in April to a lukewarm reception from critics, some questioning how the franchise would fill out a planned five movies when the second and third already seemed to dawdle.

Harry Potter author JK, who is far from free of criticism herself for her comments on the transgender community, appeared to take a step back from being the face of the Wizarding World after she was absent from the Harry Potter reunion which aired this year.

However she joined the stars of Fantastic Beasts 3 for its red carpet premiere in London ahead of the film’s release in March.

Fantastic Beasts: The Secrets of Dumbledore is in cinemas now.

Halle Bailey in The Little Mermaid (Picture: Disney) After Disney fans were given a glimpse at Halle Bailey’s…
byBizLifetime
No comments

“That would have been a fun deal”

Margot Robbie was “mortified” by leaked by ‘Barbie’ images

Goodfellas and Field Of Dreams actor Ray Liotta has died aged 67. According to Deadline, the actor passed…
byBizLifetime
No comments