Hunger Games movies in order and how to watch them

IT’S been a decade since the first Hunger Games movie appeared on the big screen in 2012.

Here’s how to watch the entire Hunger Games saga, based on the books by Suzanne Collins, from start to finish.

The first film in the Hunger Games series introduces a brave Katniss Everdeen (Jennifer Lawrence) who volunteers to take her sister’s place in the annual games.

Set in a dystopian world, two teenagers from each of the 12 districts must fight to the death in a nationally televised event, until one survivor is left.

Katniss has to leave her boyfriend (Liam Hemsworth) behind, but she’s quickly taken in by her mentor (Woody Harrelson) and stylist (Lenny Kravitz).

She forms an unlikely bond with fellow fighter Peeta Mellark (Josh Hutcherson), but will they remain just friends? 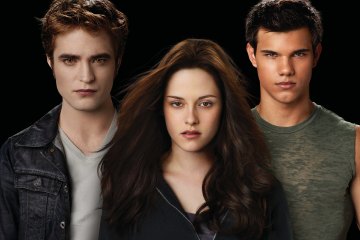 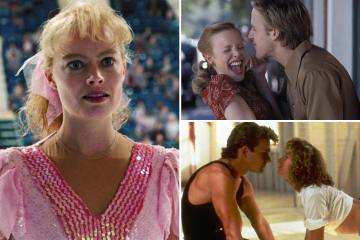 The second film begins when Katniss and Peeta return home safely after winning the 74th annual Hunger Games together.

It seems that not everyone is pleased with the teenagers’ victory after their act of defiance sparked riots across the 12 districts.

Those in charge in the Capitol send the past winners back into the games to fight for ultimate victory.

The first part of the Hunger Games finale sees Katniss wake up in the supposedly non-existent District 13.

After being rescued from the 75th annual Hunger Games, Katniss is reunited with her mother and sister – but Peeta is nowhere to be seen.

President Snow (Donald Sutherland) has kidnapped Peeta and is brainwashing him into forgetting his love for Katniss.

A rebellion is also spreading across the districts and Katniss is right at the heart of it all.

The finale of the Hunger Games saga sees Katniss accept her role as the Mockingjay – the symbolic head of the uprising.

Her goal is to end the annual games and return peace to Panem, but President Snow will do everything in his power to stop her.

As Katniss fights to get to the Capitol, she must choose between her childhood sweetheart (Liam Hemsworth) and her star-crossed lover Peeta.

When is Hunger Games set?

The Hunger Games saga is set in an unspecified future time.

It’s set in the dystopian state of Panem, located in America.

The country is made up of a rich Capitol city and 12 post-apocalyptic districts.

How to watch Hunger Games movies

The first three Hunger Games are available to watch in the UK on Netflix.

You can watch all four Hunger Games movies on Amazon Prime Video.

Jack White has spoken about his 2008 James Bond theme ‘Another Way To Die’, calling it “one of…
byBizLifetime
No comments

Will said he ‘felt sorry’ for his co-stars Emma and Jennifer during the scene (Picture: Kevin Mazur/WireImage) Will…
byBizLifetime
No comments