JK Rowling has been pictured walking the red carpet of the Fantastic Beasts: The Secrets of Dumbledore premiere, after she was heavily criticised for her comments on the transgender community.

Donning a sparkly blue dress with a sheer cape, Rowling, 56, struck a pose on the red carpet ahead of the release of the third film in the franchise.

Her appearance may come as a surprise to some fans, after she was absent for the Harry Potter reunion on HBO following her comments on the trans community.

In June 2020, she responded to an article which used the words ‘people who menstruate’ instead of ‘women’, tweeting: ‘”People who menstruate”. I’m sure there used to be a word for those people. Someone help me out. Wumben? Wimpund? Woomud?’

She continued, writing: ‘If sex isn’t real, the lived reality of women globally is erased. 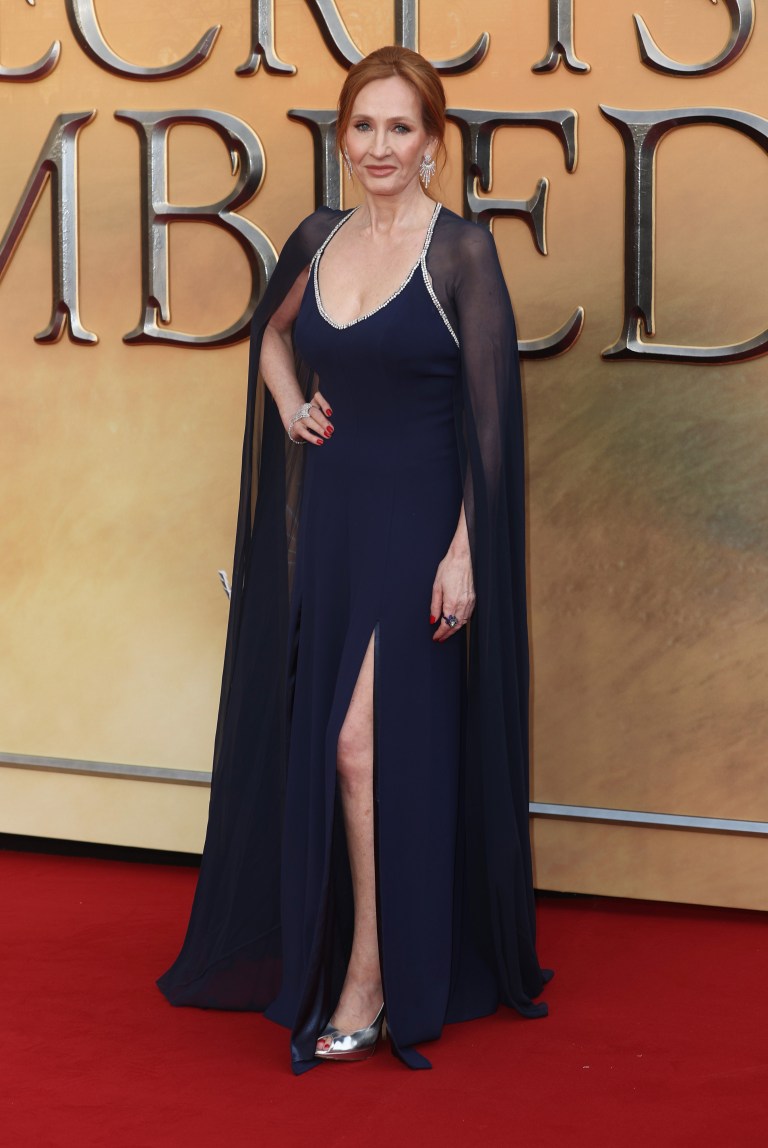 Rowling has been heavily criticised for her comments on the trans community (Picture: WireImage) 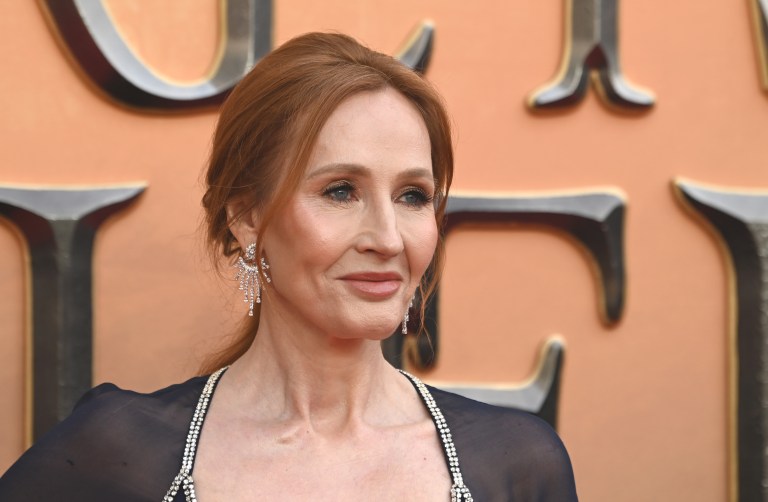 She was absent from the Harry Potter reunion (Picture: Getty Images)

‘I know and love trans people, but erasing the concept of sex removes the ability of many to meaningfully discuss their lives,’ she said, also defending herself in a passionate essay.

Since, she has continued to speak out and, while she has denied being transphobic, critics have labelled her a TERF (a trans-exclusionary radical feminist). 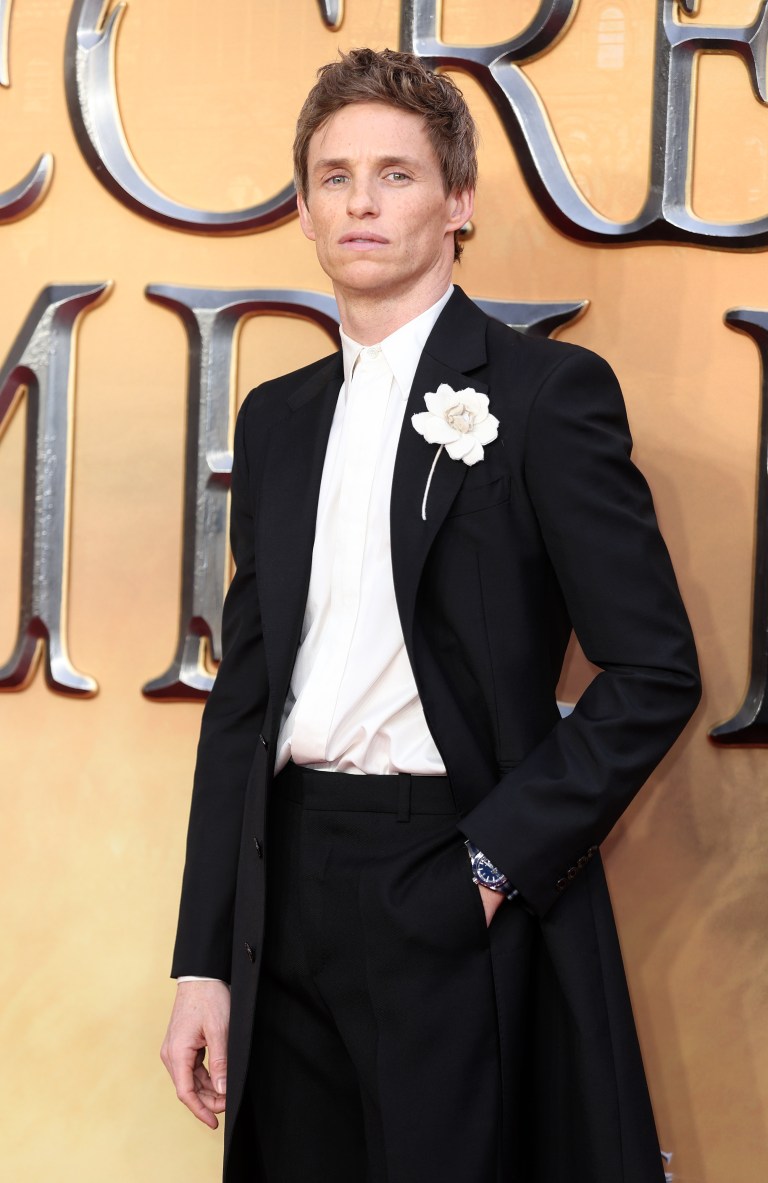 Redmayne leads the cast of the spin-off franchise (Picture: WireImage) 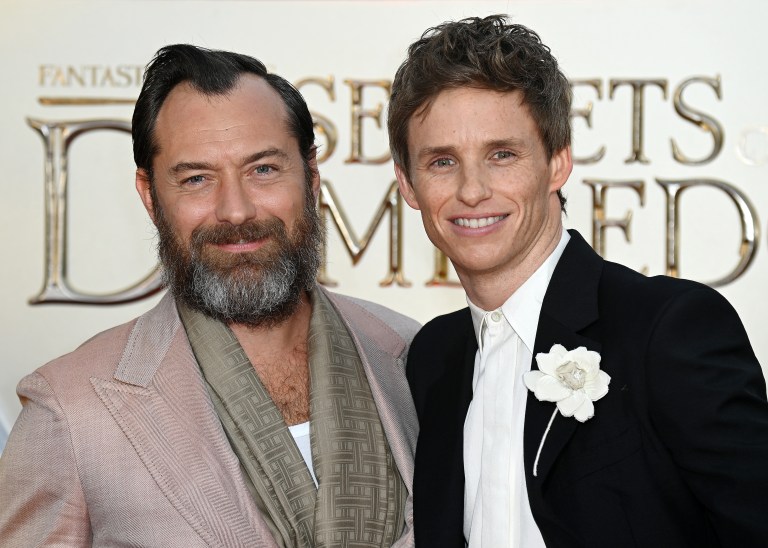 He posed with co-stars including Jude Law (Picture: Getty Images) 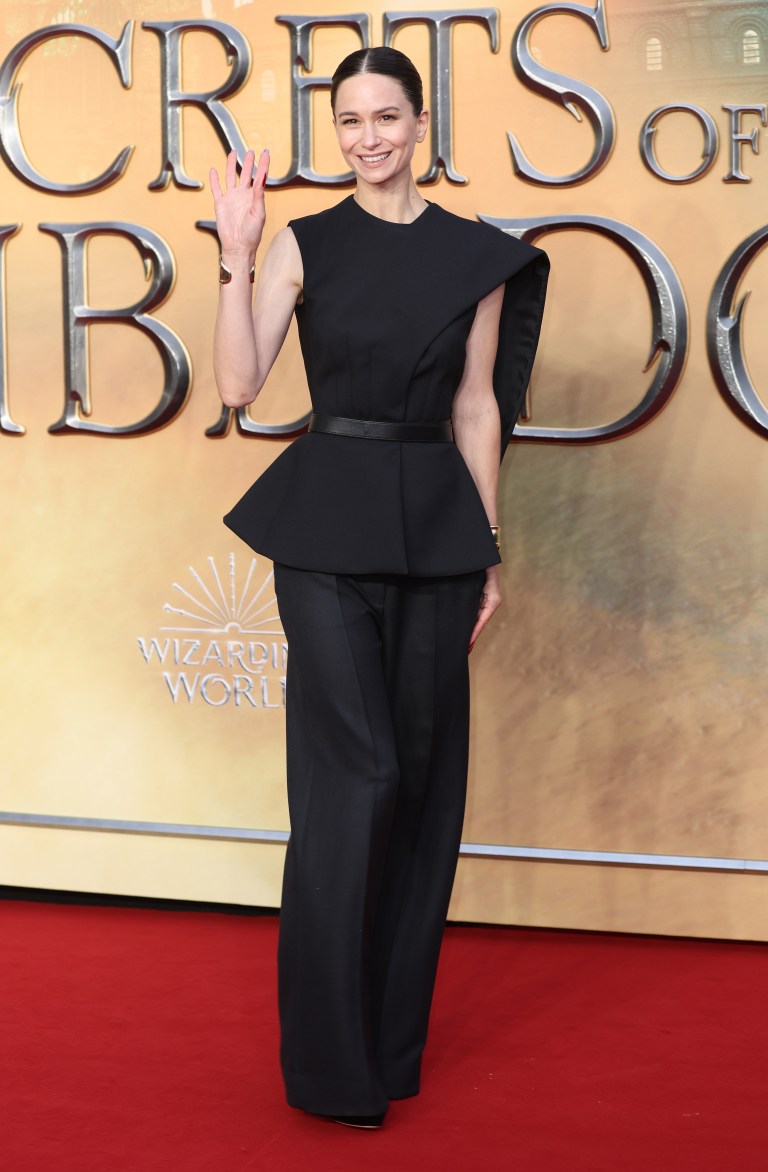 A number of Harry Potter stars spoke out in support of the trans community in light of Rowling’s comments, with Daniel Radcliffe (Harry Potter) writing ‘transgender women are women’ in a statement delivered to LGBT suicide prevention charity the Trevor Project, while Emma Watson (Hermione Granger) tweeted: ‘Trans people are who they say they are’.

Some also believed that Watson made a dig at the author when she recently presented at the Baftas, after host Rebel Wilson introduced her by saying: ‘Here to present the next award is Emma Watson. She calls herself a feminist, but we all know she’s a witch.’ 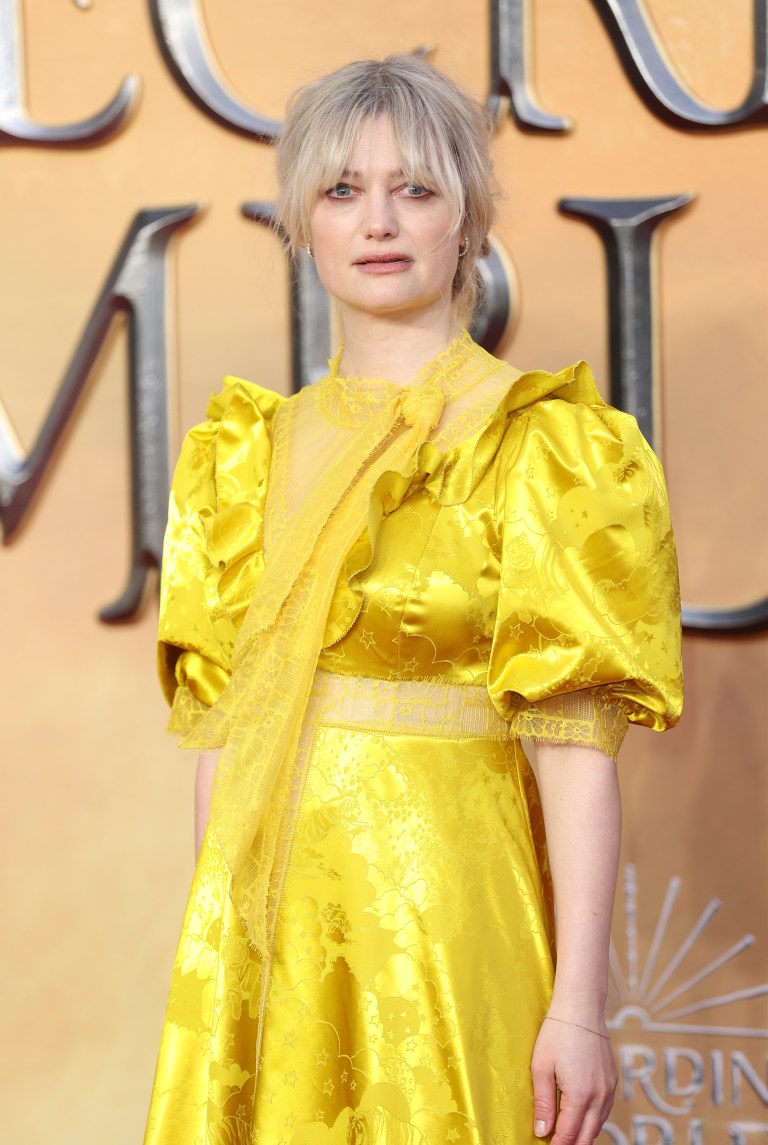 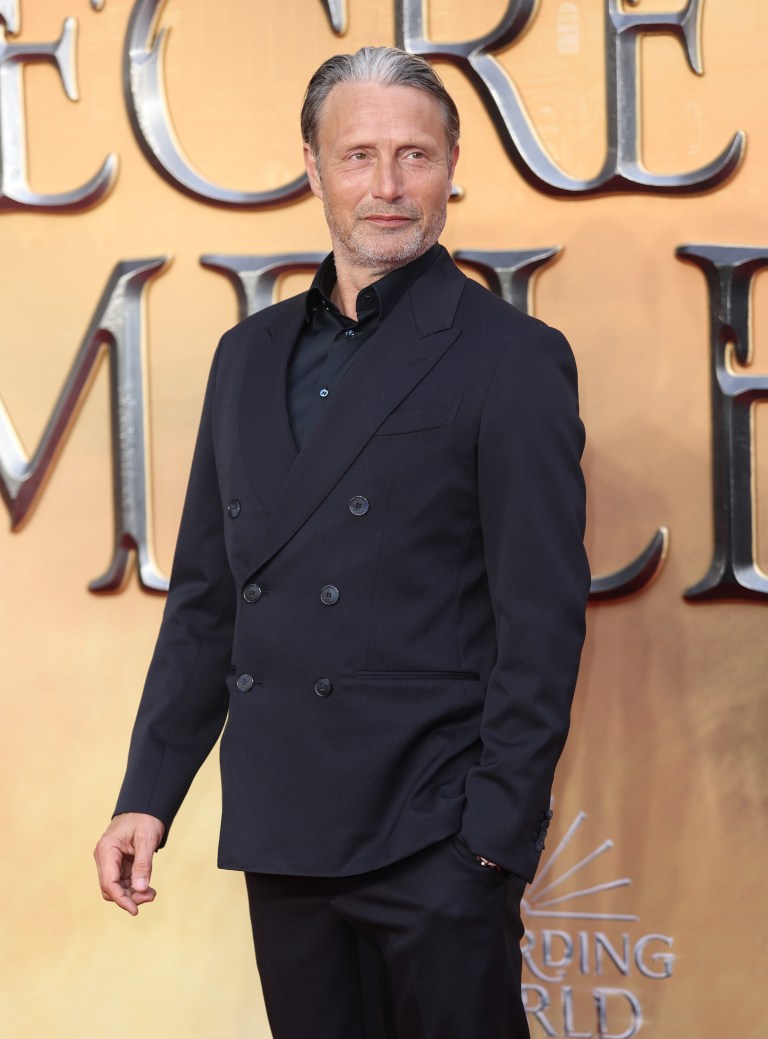 Mikkelsen was recast as Grindelwald after Johnny Depp left the franchise (Picture: WireImage) 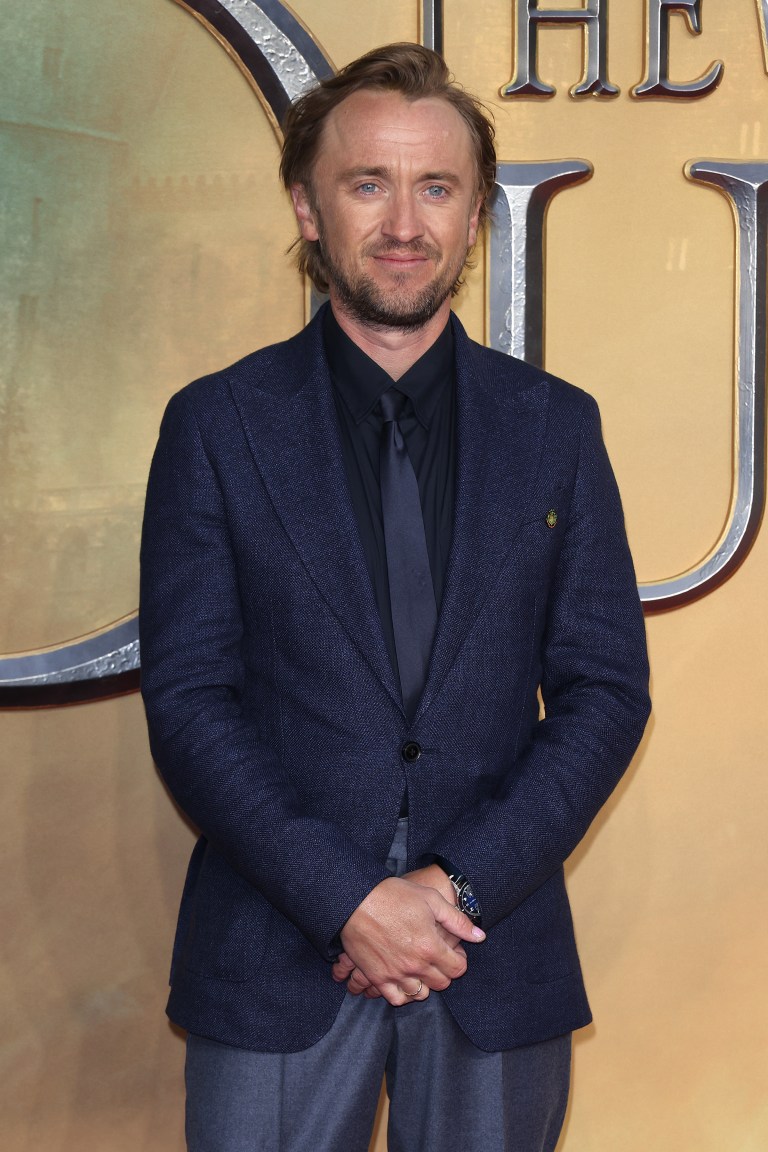 Watson then appeared on stage with a cheeky smile and said: ‘I’m here for all of the witches by the way.’

Rowling most recently responded to Vladimir Putin, after he referenced her in a speech about cancel culture.

Sharing an article about incarcerated Kremlin critic Alexei Navalny on Twitter, the author wrote: ‘Critiques of Western cancel culture are possibly not best made by those currently slaughtering civilians for the crime of resistance, or who jail and poison their critics.’

Fantastic Beasts 3 also hasn’t been free of controversy, after Johnny Depp, who initially played Grindelwald left the franchise following allegations of abuse from his ex-wife, Amber Heard (which he has denied) and his loss in his UK libel case.

A spokesperson for Warner Bros said at the time: ‘Johnny Depp will depart the Fantastic Beasts franchise.

‘We thank Johnny for his work on the films to date. Fantastic Beasts 3 is currently in production, and the role of Gellert Grindelwald will be recast.’

It was later announced that Mikkelsen would step into the role.

Fantastic Beasts: The Secrets of Dumbledore will be released on April 8.

Jean-Luc Godard opted to die by assisted suicide in Switzerland

In some good news for your Monday, Reese Witherspoon and Ashton Kutcher have revealed they will star in…
byBizLifetime
No comments