Dominion is being marketed as the final part of the Jurassic World trilogy (Picture: Universal Pictures)

An adventure 65 million years in the making.

The final instalment in the Jurassic World trilogy – and the sixth Jurassic Park film overall – will soon be stomping its way into cinemas across the globe, and it promises to deliver plenty of dino-action.

Fans have already been treated to a taste of the prehistoric adventure, with images showing Chris Pratt facing a brave new world full of dinosaurs, with some classic characters along for the ride.

But just when is Jurassic World: Dominion hitting theatres and who else is in the cast?

What is the Jurassic World: Dominion release date? 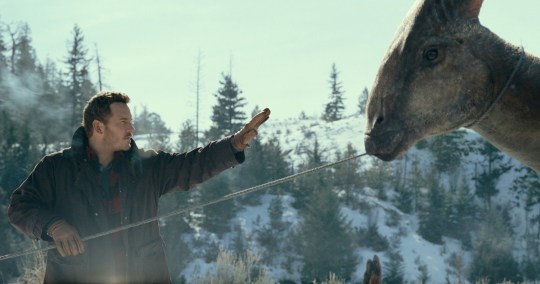 Chris Pratt is back as Owen Grady (Picture: Universal Pictures)

Jurassic World: Dominion is scheduled to hit cinemas on June 10, 2022.

it was originally dated for June 11 2021 but had its production postponed due to the coronavirus pandemic.

Colin Trevorrow returns to direct having called the shots on the first Jurassic World back in 2015, working from a script written by himself and Emily Carmichael.

What is the plot? 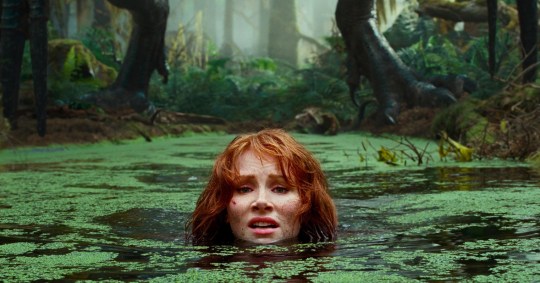 The film will follow on from the events of 2018’s Jurassic World: Fallen Kingdom, which saw dinosaurs escape into the wild, with the human race now having to find a way to co-exist with the once extinct creatures.

‘From Jurassic World architect and director Colin Trevorrow, Dominion takes place four years after Isla Nublar has been destroyed. Dinosaurs now live—and hunt—alongside humans all over the world. This fragile balance will reshape the future and determine, once and for all, whether human beings are to remain the apex predators on a planet they now share with history’s most fearsome creatures.’

Chris Pratt and Bryce Dallas Howard will be returning to their roles as Owen and Claire respectively from the previous two Jurassic World movies, but some more familiar faces will be back as well.

Many fans are excited to see the return of Sam Neill as Dr Alan Grant, Laura Dern as Dr Ellie Satler and Jeff Goldblum as Dr Ian Malcolm, the heroes from the original 1993 blockbuster classic.

Yep, and it is a doozy, showing plenty of dino-action, motorbike chases, high-flying danger and a team-up between all the major characters from the franchise.

Jurassic World: Dominion will be unleashed in cinemas from June 10, 2022.

Laura Dern has revealed she was in tears during the first day on set for Jurassic World: Dominion,…
byBizLifetime
No comments

Justice for Buddy (Picture: Getty / REX) Almost 20 years on, Richard Curtis is still fuming that Will…
byBizLifetime
No comments

Woody Allen’s next film may be his last: “The thrill is gone”

Woody Allen has suggested that his 50th film, a drama set to shoot in Paris this August, could…
byBizLifetime
No comments