Beloved French actor Michel Bouquet, known for his work both on and off-screen, has died at the age of 96.

News of the acclaimed actor’s death was announced by Élysée Palace, the office of French President Emmanuel Macron, on Wednesday April 13.

Bouquet was the winner of two César Awards, regarded as France’s equivalent to the Oscars, for best actor over his long career, for his roles in the films How I Killed My Father in 2001, and 2005’s The Last Mitterrand, in which he portrayed former French president François Mitterrand.

In a statement shared online, Macron said: ‘For seven decades, Michel Bouquet brought theatre and cinema to the highest degree of incandescence and truth, showing man in all his contradictions, with an intensity that burned the boards and burst the screen.

‘A sacred monster has left us.’

Born in Paris in 1925, a young Bouquet originally aspired to be a doctor. However, he had to quit at the age of 15 after his father was taken as a prisoner of war. 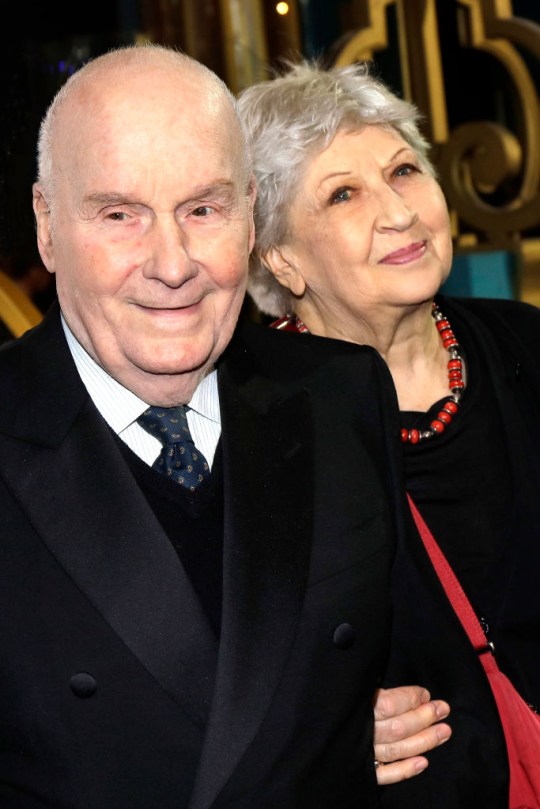 In the 1960s and 70s, he became known for portraying what could be described as ‘ordinary French men’ beset with personal issues in films including Unfaithful Wife and Just Before Night Fall.

His most recent role was in the 2020 film Villa Caprice.

As an actor, he worked at the Theatre de l’Atelier in Monmarte in the 1940s, took on roles in Shakespearean dramas, and starred in a number of Harold Pinter productions, helping to introduce the work of the British playwright to French audiences.

Over the years, Bouquet recorded voice readings of the works of philosophers Cervantes, Victor Hugo, and Jean-Paul Sartre that were released on discs.

The actor was also the recipient of a number of other high-profile awards, as well as the Césars, and was decorated with a European Film Award for his role as Old Man Thomas in the 1991 Belgian film Toto the Hero.

In 2018, his contributions to the arts saw him win the Grand Cross of the Legion of Honor, the highest French honour overall.

Bouquet was married twice, first to actress Ariane Borg, and then to Juliette Carré, another actress, who he is survived by.

Steven Spielberg has explained how his parents’ divorce inspired his classic movie E.T. The Extra-Terrestrial. The film is…
byBizLifetime
No comments

When is Hocus Pocus 2 coming out in the UK?

Table of Contents Hide Who will star in Hocus Pocus 2?What is Hocus Pocus 2 about?Is there a…
byBizLifetime
No comments

A sequel to 2005 supernatural thriller Constantine has been confirmed, with Keanu Reeves and Francis Lawrence both set…
byBizLifetime
No comments

Terminator 2: Judgement Day actor Robert Patrick has spoken about the time he tried to get a Nine…
byBizLifetime
No comments