Netflix: The best films coming in April 2022, including The Joker


There are some film gems – including The Joker, In Good Company and The Goldfinch – coming to Netflix in April (Photo: AP/Warner Bros/Rex/Getty)

It’s not quite yet time for summer (and there’s still a slight chill in the air), so to us, an evening on the sofa with Netflix has never sounded better.

Netflix UK’s April 2022 lineup has lots to look forward to with plenty of original films alongside some classic movies for you to enjoy – and there’s something for everyone to binge.

To help you stop endlessly scrolling, we’ve rounded up some of the best films arriving on the streaming platform this month. Popcorn at the ready.

What are the best movies coming to Netflix in the UK across April 2022?

An all-star cast comes together in this Netflix original, a pandemic-era movie about a group of actors trying to make a movie while quarantined in a hotel.

Dan, a middle-aged advertising executive, is demoted and replaced by 26-year-old Carter. Things get worse between the two when Carter begins an affair with Dan’s daughter Alex.

From a small one-bedroom apartment in Oslo, Amalie and her boyfriend Mikael dream about an international breakthrough in the big world of street dance. When their crew Illicit is selected to compete in a renowned dance competition in Paris, they finally get their chance. In Paris, life starts to unravel. The crew realise they have to revamp their routine or they don’t stand a chance.

Meanwhile, Amalie is distracted, searching for her estranged mother who lives in Paris and runs a ballet school. Her stage presence suffers and she comes to the devastating realisation that she no longer has a part in the crew. 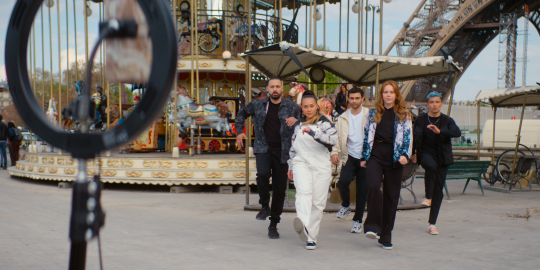 It’s a dance-off in every sense of the word in this new Netflix film – Battle: Freestyle (Picture: Netflix)

An action thriller that plays out in real-time during a night when a vengeful religious confession takes place.

A boy in New York is taken in by a wealthy family after his mother is killed in a bombing at the Metropolitan Museum of Art.

The 2019 film ncludes a star-studded cast with the likes of Ansel Elgort, Nicole Kidman and Finn Wolfhard. 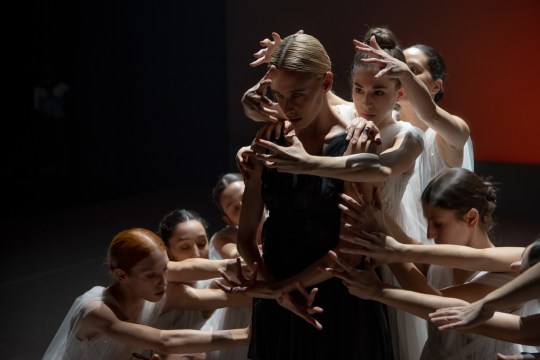 Netflix’s Spanish thriller centres on Irene, who is selected to take the place of the star of the National Classical Ballet after she tragically dies by suicide.

Now the target of all the girl’s jealousy and cruelty, Irene finds a friend in Aurora, a solitary dancer controlled by her mother. Isolated and fuelled by the pressures of the ballet world, slowly their friendship turns more obsessive.

Joaquin Phoenix plays the iconic role of the Joker in this dark reimagining of the character.

Written and directed by Todd Phillips, the film was released to critical acclaim and its star rightfully won the best actor Oscar for his performance as Arthur Fleck. 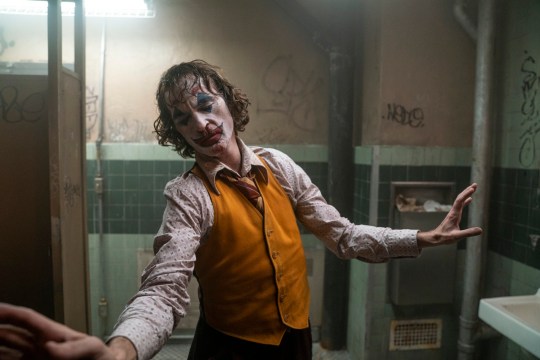 Joaquin Phoenix won the best actor Oscar for his dark portrayal of The Joker – we can’t wait to rewatch when it hits Netflix in April (Picture: AP)

In this rom-com, the summer before college Auden meets the mysterious Eli, a fellow insomniac.

While the seaside town of Colby sleeps, the two embark on a nightly quest to help Auden experience the fun, carefree teen life she never knew she wanted.

Chris Rock says he turned down offer to host 2023 Oscars

Chris Rock has said he was asked by the Academy to host next year’s Oscars, but turned the…
byBizLifetime
No comments

Robert Pattinson and Zoe Kravitz reveal chaos of The Batman

“IT’S a relief,” Robert Pattinson said with a sigh as he appeared on the red carpet with co-star…
byBizLifetime
No comments

There’s another director in the Land of Oz (Picture: Getty/Rex) Kenya Barris, best known as the creator of…
byBizLifetime
No comments