Veteran actor Nicolas Cage stepped out at the premiere for his forthcoming movie The Unbearable Weight of Massive Talent while joined by his pregnant wife, Riko Shibata.

Oscar-winning Nicolas, 58, attended the event at the Regal Essex Crossing in New York City at the weekend, wearing an eye-catching black velvet suit, a button-down, and some loafers.

Meanwhile, his 27-year-old pregnant wife, who he wed at the Wynn Casino and Hotel in Las Vegas in 2021, looked stunning in a kimono-inspired dress, adorned with purple flowers and stripes.

Riko, whose baby bump was cleverly disguised under her gorgeous outfit, also carried a silk handbag, while she wore some traditional Japanese-style shoes over white socks.

Her long dark hair was pinned back in an eye-catching and sleek up-do.

In January, the couple’s baby news was confirmed, with a representative for the couple telling People magazine: ‘The parents-to-be are elated!’ 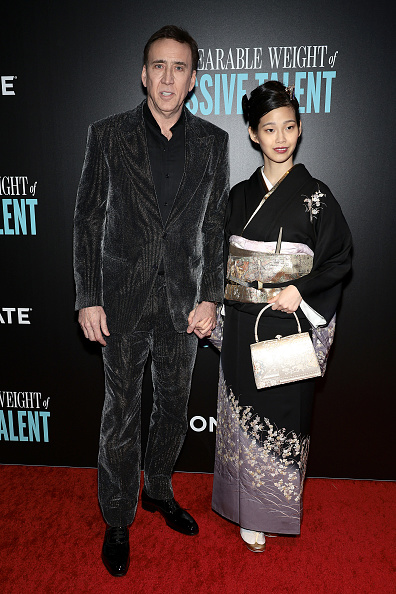 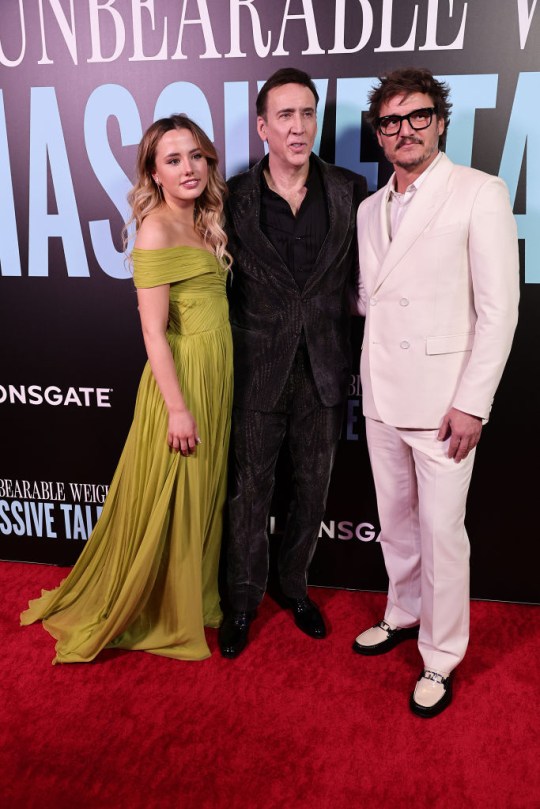 The couple also recently revealed to GQ magazine that they’ve already picked out their future baby’s name: Akira Francesco, if it’s a girl, and Lennon Augie, for a boy.

Speaking to the publication, Nicolas said: ‘Augie was my father’s nickname. And my uncle [Francis Ford Coppola] has decided to change his name to Francesco,’ he told the outlet.

’I think it’s so sweet. It’s like a little edamame. A little bean,’ he said of his baby-to-be, while looking at a two-month ultrasound on his phone.

It will be the actor’s third child as he is already father to sons Kal-El Coppola, 16, and Weston Coppola, 31, from previous relationships.

During the screening, Nicolas and Riko mingled with The Unbearable Weight of Massive Talent co-stars, including Pedro Pascal, Lily Sheen and Neil Patrick Harris. 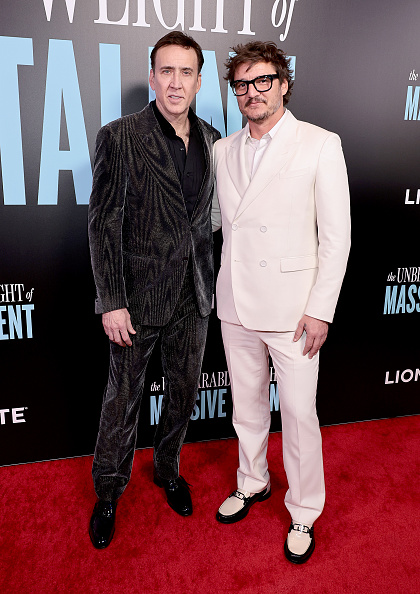 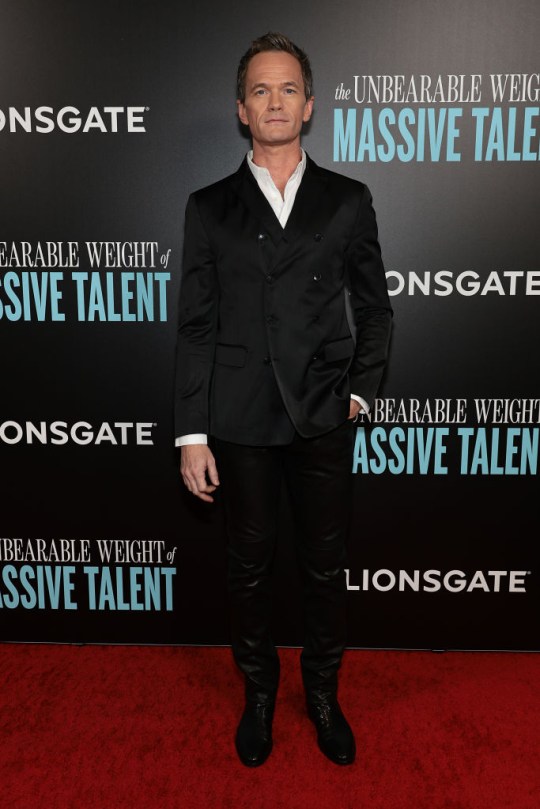 Lily, 23, who is the daughter of Kate Beckinsale and her ex Michael Sheen, looked beautiful in a green off-shoulder gown, while her golden hair was in loose waves.

Neil, 48, looked classically dapper in a black tuxedo with a white dress shirt.

The Tony Award-winning actor, who’s best known for his television roles in shows including How I Met Your Mother, opted to wear his shirt loose, and finished off his outfit with some black shoes. 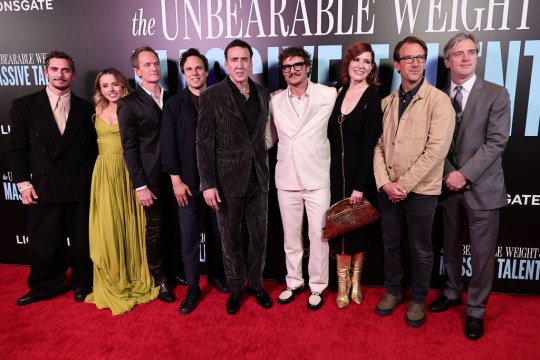 The film’s writer, director and cast all looked incredible at the premiere (Picture: Jamie McCarthy/WireImage)

The highly-anticipated action comedy scored rave reviews at SWSX in Texas last month, with many calling it Nicolas’ ‘best ever’ performance.

After its premiere, it also achieved a rating on film review site Rotten Tomatoes of 100% – a rare feat!

The film is slated to appear in movie theatres in the UK from April 22, and it centres on a version of Cage playing himself, when he comes against financial troubles.

The Hollywood actor stars as a fictionalised version of himself (because who else could do him justice?) in the comedy action flick, as he’s offered $1million (£765,000) to appear at the birthday party of a superfan, played by Pedro.

The Unbearable Weight of Massive Talent is out in UK cinemas April 22.

Olivia Wilde has explained why she fired Shia LaBeouf from her upcoming film Don’t Worry Darling, saying she…
byBizLifetime
No comments

Tom Hanks enters the grandfather stage of his career (Picture: Disney) Disney is back with its latest live-action…
byBizLifetime
No comments

Nick Cave has said he gets mixed up with Nic Cage “all the time”. Writing on his Red…
byBizLifetime
No comments