Amy Schumer was forced to clarify the joke (Picture: AFP/Getty)

Oscars 2022 host Amy Schumer has been forced to address criticism over a joke she made about nominee Kirsten Dunst and ‘seat fillers’.

The comedian, who hosted the ceremony alongside Regina Hall and Wanda Sykes, chucked The Power of the Dog star Kirsten out of her seat, before chatting to her husband, Jesse Plemons.

Amy, 40, explained the need for seat fillers, before wandering over to Kirsten, 39, and Jesse, 33, and telling the actress ‘Here’s a seat filler. Honey, do you want to go to the bathroom?’

When Jesse said that Kirsten is his wife, Amy responded: ‘You’re married to that seat filler?’

Of course, Amy was well aware of Kirsten and her nomination for best actress, but some viewers weren’t too impressed by the joke.

Clarifying on Instagram, the comedian wrote: ‘Hey I appreciate the love for Kirsten Dunst. I love her too! That was a choreographed bit she was in on. Wouldn’t disrespect a queen like that.’ 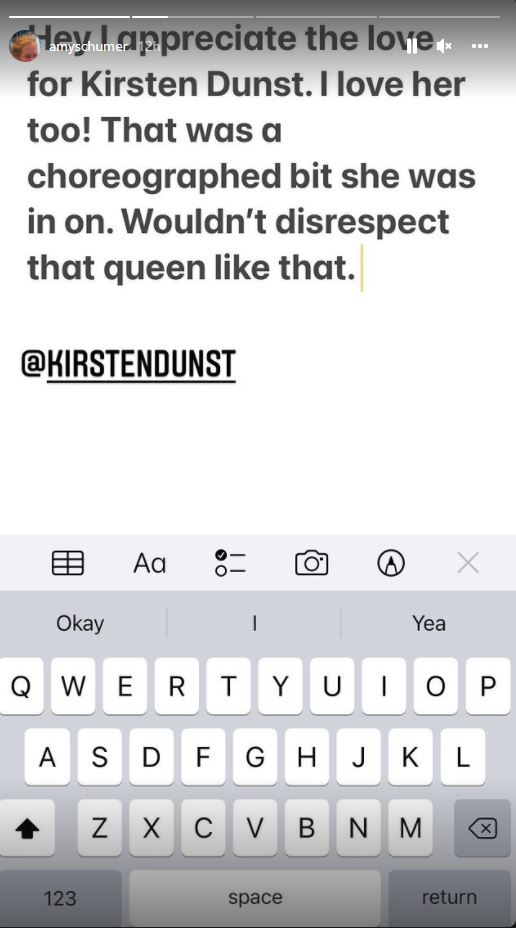 Amy, Wanda and Regina received praise for their stint as hosts, and actually made history by presenting, with it being the first time in history three women have hosted.

Jimmy Kimmel – who has hosted the annual event twice – showed his support for the three actresses on Twitter who kept the night afloat despite the drama with Will Smith and Chris Rock. 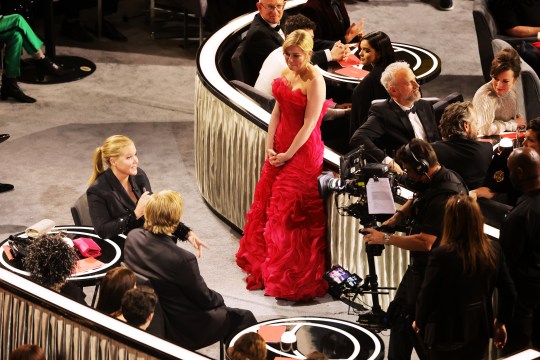 Amy kicked Kirsten out of her seat (Picture: Getty Images)

‘I know the big story is the slap, but congratulations to Amy Schumer, Wanda Sykes, and Regina Hall who were very funny,’ he tweeted.

‘I hope that isn’t overshadowed by the unpleasantness.’

Of course, eyes were very much on Will and Chris, after the comedian made a joke about the actor’s wife Jada Pinkett Smith.

Will, who won the best actor award for his role in King Richard, stormed the stage and slapped him, before swearing at him from his seat.

Will has since apologised, and the Academy has launched a formal investigation.

Elvis film review: This high-speed spin through the first 20 years of Elvis’s life is well worth a watch

IS there anything left to know about the most impersonated man in the world? Director Baz Luhrmann certainly…
byBizLifetime
No comments