Top Gun fans, it’s finally time to get excited as a new trailer has dropped for Tom Cruise’s much-delayed sequel.

Blockbuster Top Gun: Maverick was initially set to be released in 2019, and will now soar into cinemas on May 27.

In a new teaser, Tom is seen reprising his iconic role as Pete ‘Maverick’ Mitchell, returning to his roots and training new pilots.

He is met with ghosts of old friends and rivals, coming face-to-face with Bradley Bradshaw (Miles Teller), the son of his late best friend, Goose.

‘My dad believed in you, I’m not going to make the same mistake,’ Bradley tells him in no uncertain terms.

Maverick’s return also doesn’t go down well with Vice Admiral Cyclone (Jon Hamm), who informs him: ‘Let me be perfectly blunt: you were not my first choice.

‘You are here at the request of Admiral Kazansky (Iceman, played by Val Kilmer).

‘He seems to think you have something left to offer the Navy. What that is I can’t imagine.’

Without missing a beat, the camera pans to a picture of Iceman, teasing Val’s return even more. 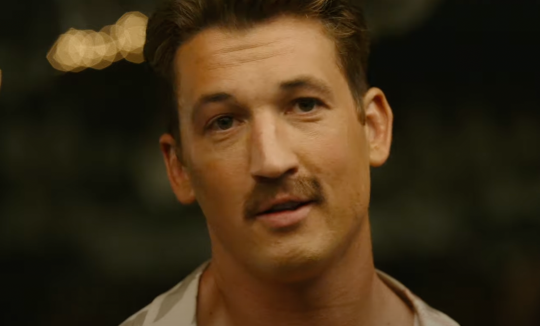 ‘I’m not a teacher. Just want to manage expectations,’ Maverick adds to his new students before showing them exactly how he earned his rogue reputation all those years ago.

The official synopsis of the blockbuster reads: ‘After more than thirty years of service as one of the Navy’s top aviators, Pete “Maverick” Mitchell (Tom Cruise) is where he belongs, pushing the envelope as a courageous test pilot and dodging the advancement in rank that would ground him. 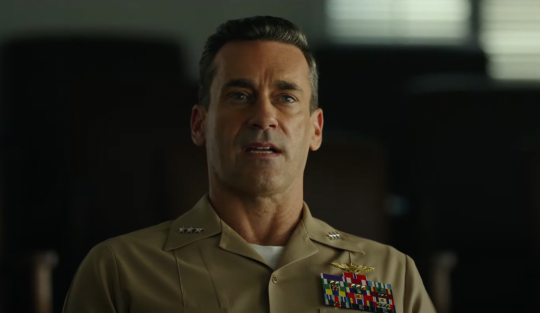 ‘When he finds himself training a detachment of Top Gun graduates for a specialised mission the likes of which no living pilot has ever seen, Maverick encounters Lt. Bradley Bradshaw (Miles Teller), call sign: “Rooster,” the son of Maverick’s late friend and Radar Intercept Officer Lt. Nick Bradshaw, aka “Goose”.

‘Facing an uncertain future and confronting the ghosts of his past, Maverick is drawn into a confrontation with his own deepest fears, culminating in a mission that demands the ultimate sacrifice from those who will be chosen to fly it.’

Top Gun: Maverick is the long-awaited sequel to the 1986 classic, and it has been subjected to multiple delays.

After even more push backs due to the global lockdown and other issues, we’re finally closer to getting our hands on the flick.

Top Gear: Maverick is released in cinemas on May 27.

The director has shared his feelings with the group as his new film releases (Picture: Rex/Shutterstock / Universal…
byBizLifetime
No comments

A teaser trailer for the new film was released at D23 last week (Picture: Disney) The original voice…
byBizLifetime
No comments

First images have been released from Winnie The Pooh: Blood And Honey, a horror film reimagining of the…
byBizLifetime
No comments