Why Bend It Like Beckham is still essential viewing, 20 years later

It’s quite something to realise the film was released two decades ago (Picture: Moviestore/Rex/Shutterstock)

Bend It Like Beckham is a gem of a British film, combining a delightful cast, writer-director Gurinder Chadha’s best work, some powerful themes and an uplifting message – with a serving of Jonathan Rhys Meyers’ cheekbones on the side. What’s not to love?

Marking its 20th anniversary earlier this week threw a lot of the film’s fans for a loop. The passage of time is often alarming but perhaps the reason this one crept up so easily is that the film has barely aged a day.

It remains, I would argue, as relevant in 2022 as it did when first released – and essential viewing.

A simple, timeless film about a girl trying to pursue her football dream, inspired by David Beckham, in the face of parental disapproval, Bend It Like Beckham was also helped along by its exciting cast, including Keira Knightley, Parminder Nagra, Archie Panjabi and Jonathan Rhys Meyers (surely mine was not the only tweenage heart beating faster at the sight of coach Joe?).

Add in some cracking characters, a compelling story arc and that iconic soundtrack – Melanie C, Texas and Curtis Mayfield combined with the best of Bhangra – and the film remains firmly etched onto my brain and heart.

Not to age myself horribly, but I actually remember buying this in a Birmingham branch of Blockbuster on VHS on the cheap, sold purely on the film’s synopsis. That VHS has long since been cleared out by my parents, but don’t worry – I replaced it on DVD (which probably ages me further as someone who still has DVDs). 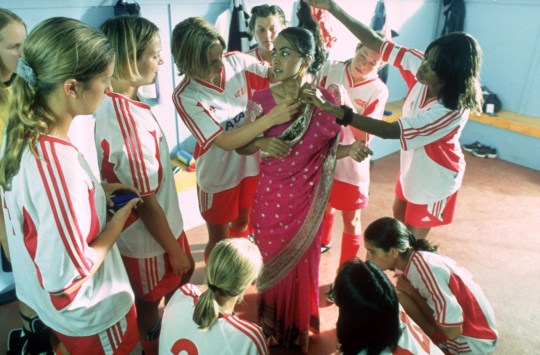 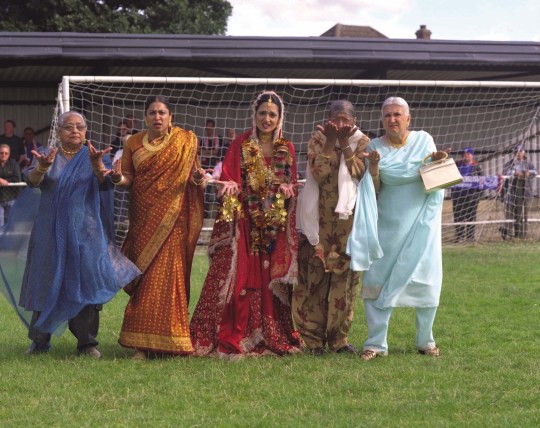 She encounters family opposition, as well as worry (Picture: Moviestore/Rex/Shutterstock)

Most importantly though, it’s quite astonishing how little elements of the film’s driving topics have aged, considering it was released two decades ago – was it ahead of its time, or has some of our progressiveness ground to a halt? Mostly the former but some of the latter, I think.

Jess (Nagra) wants to play football – bend it like Beckham, in fact – but one of the things that worries her father the most, outside of the general familial disappointment over her not pursuing medicine, is the racism she might encounter.

In one scene, she does indeed get mocked with a racial slur, and is unfairly issued with a red card before being comforted after the match. Her father, played by Anumpam Kher, was excluded from his cricket club over anti-Indian sentiment and, shockingly, as we all know too well, Yorkshire County Cricket Club was rocked by a racism scandal last year following complaints made by former club player Azeem Rafiq in 2018.

He accused the club of being institutionally racist based on his own personal experience from 2008 to 2014 and 2016 to 2018. An independent report upheld several of his complaints, leading to mass resignations, sackings and huge embarrassment for the club. This was all happening decades after Kher’s character’s experience, and even up to 15 years after the release of the film. 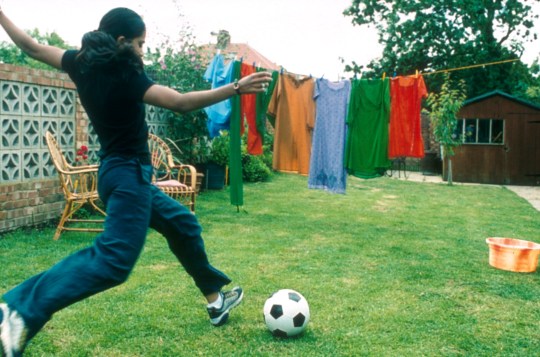 So many of the 2002 film’s themes still resonate today (Picture: Film Council/Lions Gate) 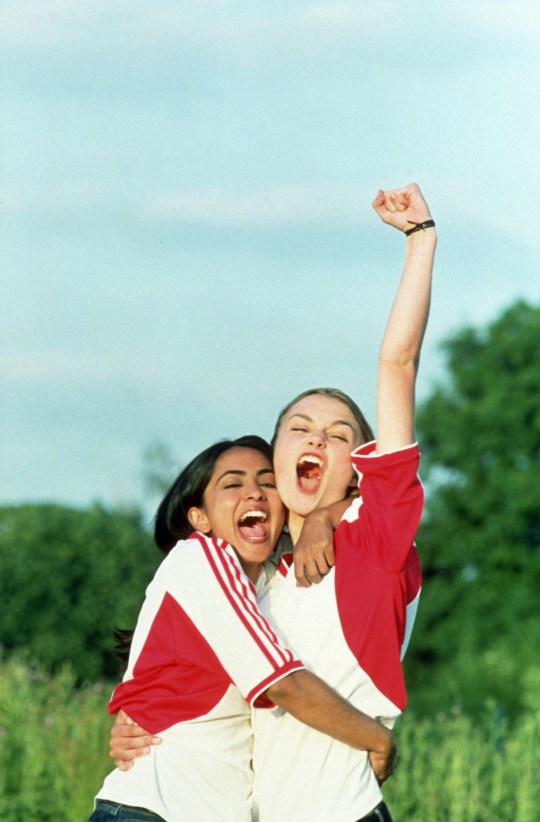 From a representation point of view too, we have all recently enjoyed the delights of Bridgerton season two putting the Sharma sisters front and centre, played by Simone Ashley and Charithra Chandran, but South Asian representation on screen still remains more the exception than the rule, 20 years after Bend It Like Beckham.

Ambika Mod’s barnstorming performance in This Is Going To Hurt and Riz Ahmed’s recent Oscar win hopefully prove that change is here, even if it’s a slower charge than anticipated.

Also, women’s football still remains at a distinctly lower tier than the men’s sport. I knew who superstar football player Mia Hamm was because of this film, but I’d struggle to name a current woman player. That’s also despite the national women’s side having proven themselves extremely capable on the international stage in recent tournaments. 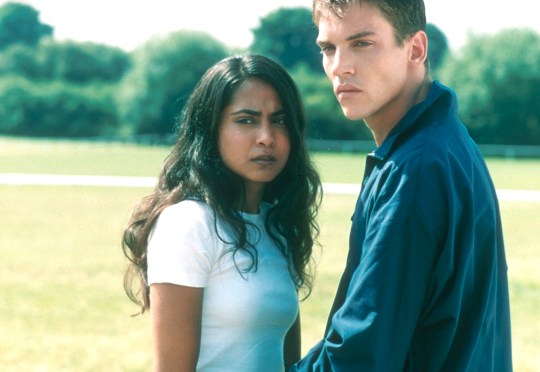 Coach Joe, if you care to heave a sigh (Picture: Film Council/Lions Gate) 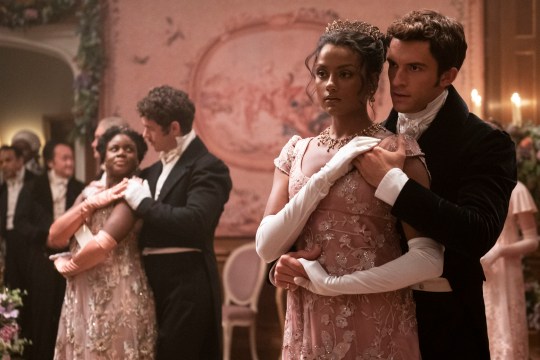 Bridgerton was praised for its diversity, but it’s still not the norm in film and TV (Picture: Liam Daniel/Netflix)

We’ve also got to address the classic theme of parental approval, as teenager Jess decides to disobey her parents and sneak off to follow her passion without their approval. Given how Disney and Pixar’s latest release Turning Red had some parents frothing at the mouth over the film’s apparent ‘agenda’ to encourage wilful disobedience (and its inclusion of, shock horror, periods), I’d say this is still a topic we need to see more of it, especially (specifically) when it comes to girls.

As with Turning Red, Bend It Like Beckham also goes a long way to celebrate female camaraderie and friendship over romance. Yes, Jess does end up with Joe – it’s aiming at slightly older teenage market – but that is neither the point nor the be-all and end-all of the movie. Her personal success is getting that scholarship to the US to study and pursue football professionally over there. Getting together with Joe at the airport is just the cherry on top of the cake.

There’s also discussion of sexuality, sparked by both Jess’s closeted cousin Tony and Jules’ mum’s assumption that she and Jess are in a relationship. Neither is a perfect depiction, as secondary plot strands, based on older prejudices that society is finally starting to shake, but I don’t remember seeing much – if any – sensitive mention of this elsewhere in teen comedies 20 years ago. 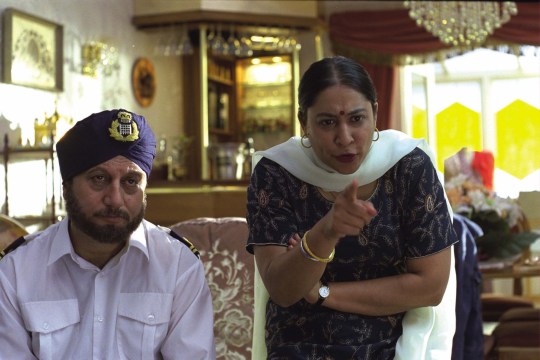 Jess has to battle her parents and keep her activities secret (Picture: Moviestore/Rex/Shutterstock) 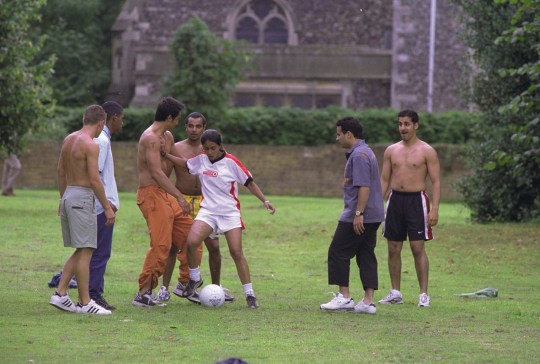 A scene was written into the film around a real-life scar actress Nagra has on her leg, providing a stiring moment of body positivity (Picture: Moviestore/Rex/Shutterstock)

Finally, there’s also some great body positivity courtesy of the scar on Jess’s leg, which she wants to keep covered up. Chadha wrote that into the script inspired by actress Parminder Nagra’s real scar – it might just be one scene in the film, but I remember the acceptance and confidence she gets from Joe’s reaction to it staying with me long after the credits rolled.

So, ‘football, shootball’ aside – Bend It Like Beckham is a film that works on so many levels, then and now, and should be celebrated for the great piece of British cinema that it is.

Selma Blair is gearing up to release her new memoir, Mean Baby, and in it she talks about…
byBizLifetime
No comments

Vivica A. Fox has questioned Jada Pinkett-Smith‘s recent comments on Will Smith‘s actions at March’s Oscars ceremony, when…
byBizLifetime
No comments

Samuel L. Jackson and Uma Thurman are set to star together in new thriller The Kill Room. According…
byBizLifetime
No comments