Little Mix kicked off their Confetti tour in pure style on Saturday, not that we’d expect anything less.

The Secret Love Song singers, made up of Perrie Edwards, Leigh-Anne Pinnock and Jade Thirlwall, took to the stage at the SSE Arena in Belfast and delighted the crowd with an energetic performance.

As well as belting out some of their biggest hits, they danced the night away on the first date of their jam-packed calendar.

At one point Leigh-Anne, 30, opted for a long-sleeved sparkly green and black corset top, with matching boots and a bejewelled headpiece, before switching things up with a yellow outfit.

While 28-year-old Perrie sat on a throne like a total queen, in a sequinned red and nude catsuit, adorned with huge, feathered wings.

Jade clearly got the colourful memo, donning a similar embellished bright pink catsuit for part of the concert, complete with huge feathered sleeves. 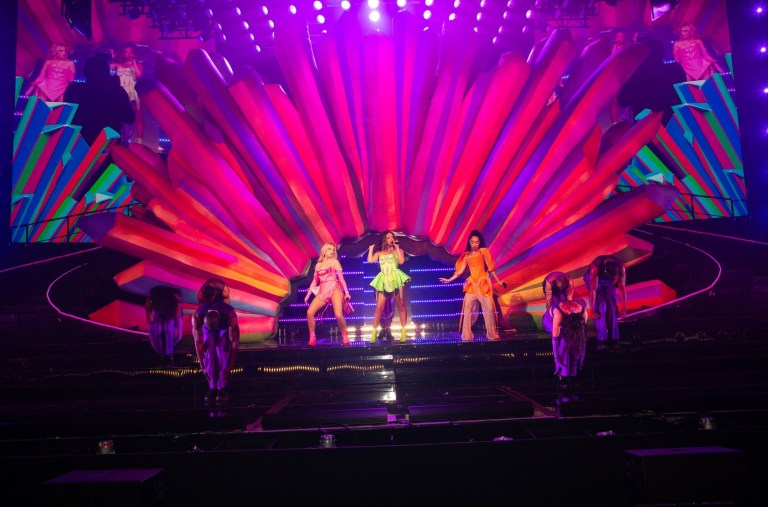 The trio kicked off their final tour in style (Picture: Rex) 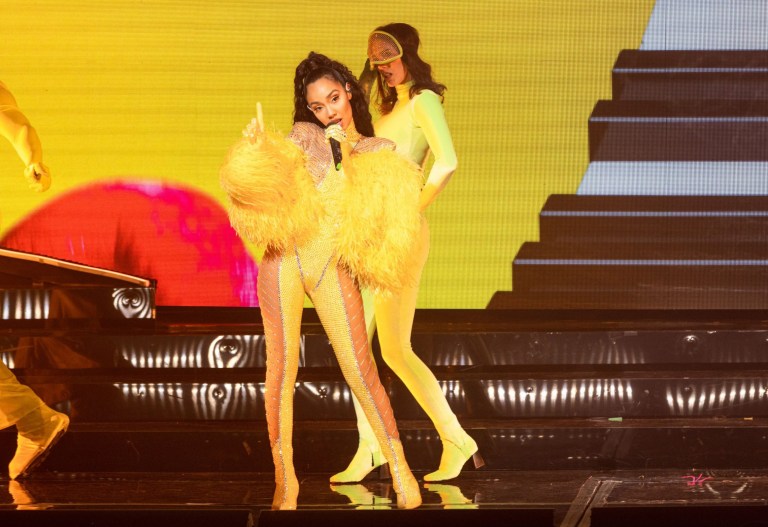 They also donned colourful outfits for the gig (Picture: Rex)

After a string of outfit changes, the trio sent fans wild as they were lowered onto the stage in dreamy neon, tiered net outfits that we desperately need for our next supermarket visit.

Saturday’s performance marked the beginning of the Confetti tour, the final dates Little Mix will embark on before their hiatus begins.

They will next be performing in Belfast again tonight before heading to Dublin on April 12.

Leigh-Anne, Jade and Perrie previously announced that they will be taking a break at the end of the current run of performances, following a decade together – one year after Jesy Nelson left the group. 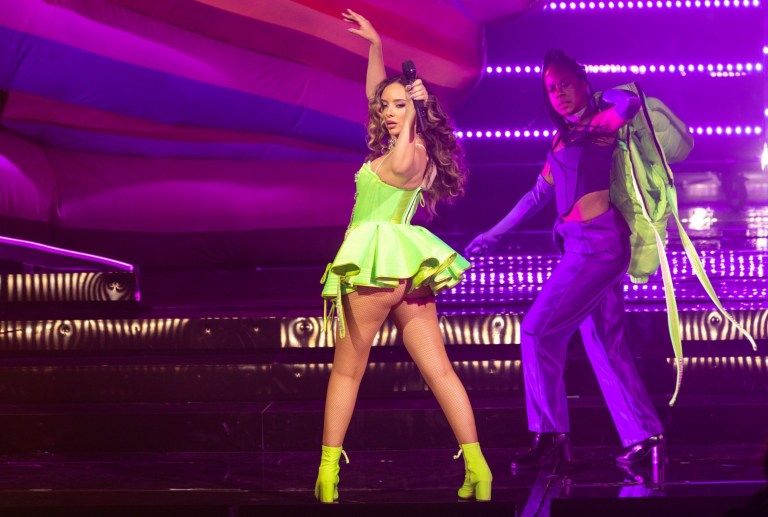 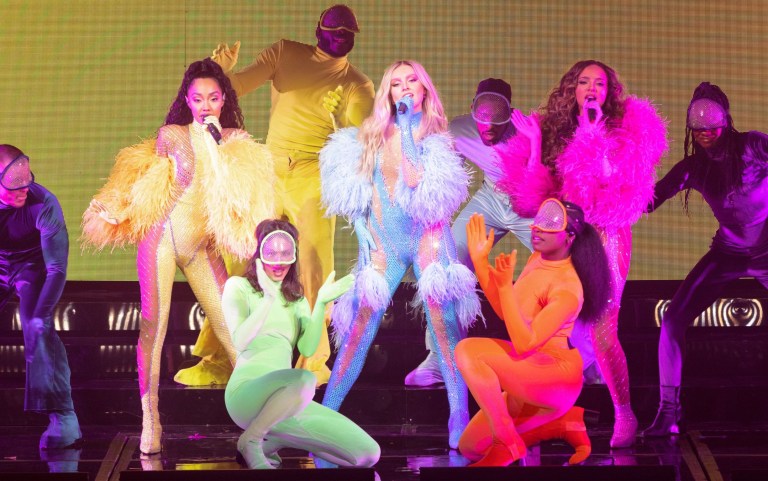 Little Mix will be hitting the stage in Belfast once again this evening (Picture: Rex)

A message on their official Instagram page in December read: ‘We wanted to let you all know that after the Confetti tour in April/May next year we are going to be taking a break from Little Mix.

‘It’s been 10 amazing years, a wonderful non-stop adventure, and we feel the time is right to take a break so we can recharge and work on some other projects.

‘We can’t thank you enough for your love and never-ending support since the beginning. We love you all SO much.’

‘We are not splitting up – Little Mix are here to stay. We have plans for more music, tours and performances in the future,’ they concluded. ‘We’ve made so many incredible memories with you all, and we can’t wait to make so many more.

‘We’re sisters and we’ll always have each other and you, the fans, in our lives. Little Mix is forever. See you on tour! Jade, Leigh-Anne and Perrie x.’

It has been reported that Jade will launch a solo career in the summer, but she has yet to speak out publicly on the claims.

Perrie has been seen heading back to the studio, with Leigh-Anne signing a deal with Warner Records in February.

The record company tweeted at the time: ‘Delighted to welcome Leigh-Anne Pinnock to the Warner Records family!’

Stormzy given honorary degree by University of Exeter