Rihanna has showed her support for A$AP (Picture: Rex / Splash)

Rihanna is still putting on a united front with her partner A$AP Rocky despite the cheating claims and an arrest in recent weeks.

The couple, who were first linked in 2020 are set to welcome their first child together very soon – and confirmed their baby news at the beginning of this year.

Now, the Fenty business mogul, 34, has been seen supporting beau A$AP Rocky, 33, by appearing at one of his performances at the Smokers Club Festival in West Hollywood on Saturday Night.

Rihanna looked to be in great spirits as she was spotted dancing and rapping along to one of her boyfriend’s songs alongside her brother Rory Fenty.

The show was A$AP’s first since his arrest for a gun charge, and the pregnant star stood backstage in a show of unity while cradling her bump and sporting a flattering maxi dress.

It comes as A$AP, real name Rakim Mayers, has been hit with cheating rumours as it was reported he had been ‘secretly messaging’ a British mum behind Rihanna’s back.

In a surprising claim, 45-year-old Jilly O’Donnell alleged that the dad-to-be slid into her DMs on Instagram and said that he offered to fly her out to Ukraine to meet him. 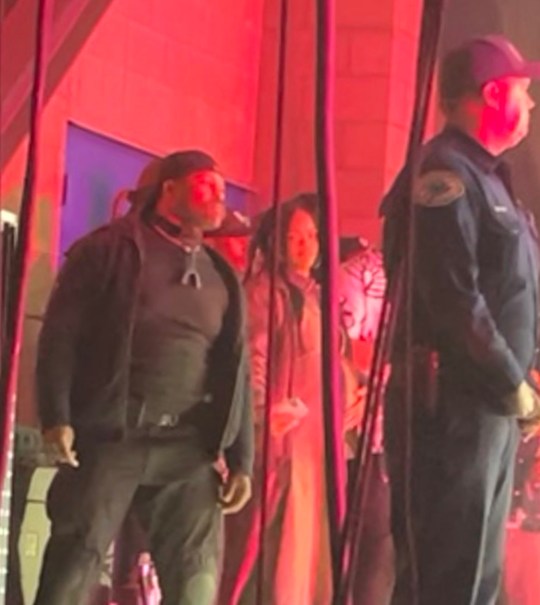 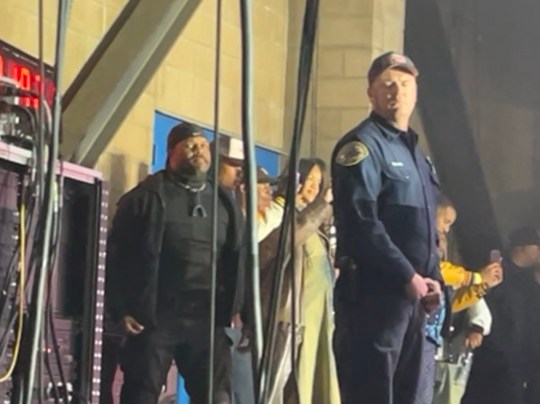 Speaking in an interview, the mum-of-three – who currently lives in Devon – claimed that she had ‘absolutely no idea’ who Rocky was before he sent her a message, and only realised when her daughters informed her that he was dating the We Found Love singer.

According to reports, the rapper first approached the shocked paddleboarding instructor in December, weeks before Rihanna’s baby announcement, and messaged her three times in 10 hours with no response.

When she eventually responded, they reportedly exchanged dozens of messages on the platform until the beginning of last month. 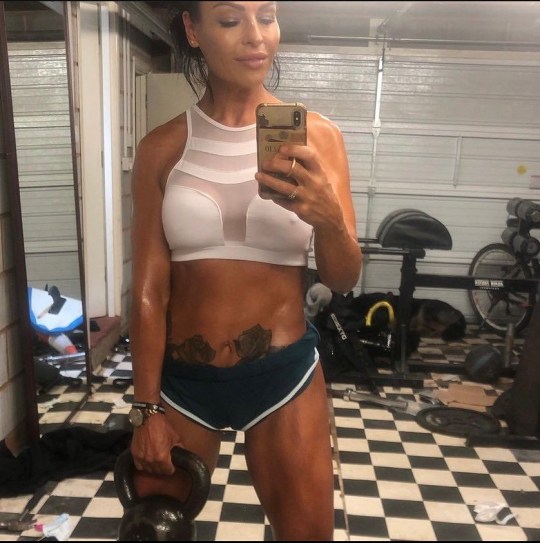 Jilly O’Donnell claimed that A$AP wanted to meet her in the Ukraine (Picture: Jilly O?Donnell/Instagram)

Jilly, who has a 22-year-old son and two teenage daughters, claimed that he offered to fly her to Ukraine, where he was visiting just before the Russian invasion – but she declined this, explaining that she ‘couldn’t afford’ the trip after Christmas.

Speaking to The Sun, she said that she replied to him: ‘I can’t get to Ukraine haha, I can’t even afford Xmas after lockdown last year,’ before explaining that Prime Minister Boris Johnson wouldn’t let Brits travel at the time, due to Covid-19 restrictions.’

‘What you guys can’t travel anywhere???? That sucks,’ he is thought to have replied. ‘I just got here. Freezing my f*****g balls off. The gym here is beautiful though.

‘Man, I got so fat in the past week. Wish we could have worked out.’ 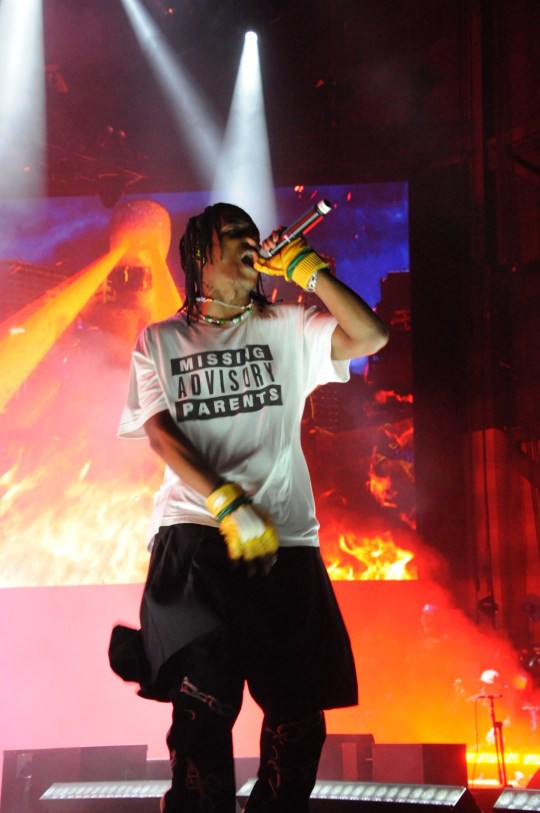 Elsewhere, earlier in April, A$AP was hit with further allegations that he cheated on the Rude Boy hitmaker with designer Amina Muaddi – who subsequently issued a denial.

She wrote on social media: ‘I’ve always believed that an unfounded lie spread on social media doesn’t deserve any response or clarification, especially one that is so vile.

‘I initially assumed that this fake gossip – fabricated with such malicious intent would not be taken seriously. However, in the last 24h I’ve been reminded that we live in a society that is so quick to speak on topics regardless of factual basis and that nothing is off-limits. 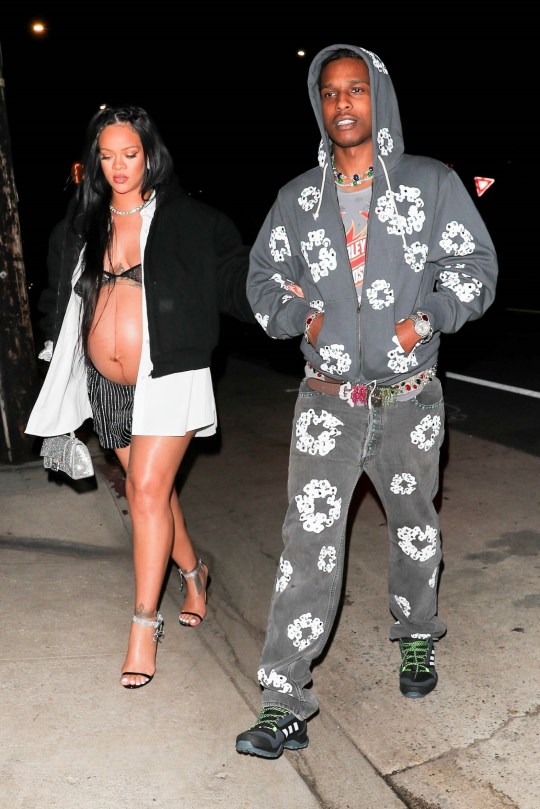 Rihanna is set to give birth to her first baby soon (Picture: BACKGRID) 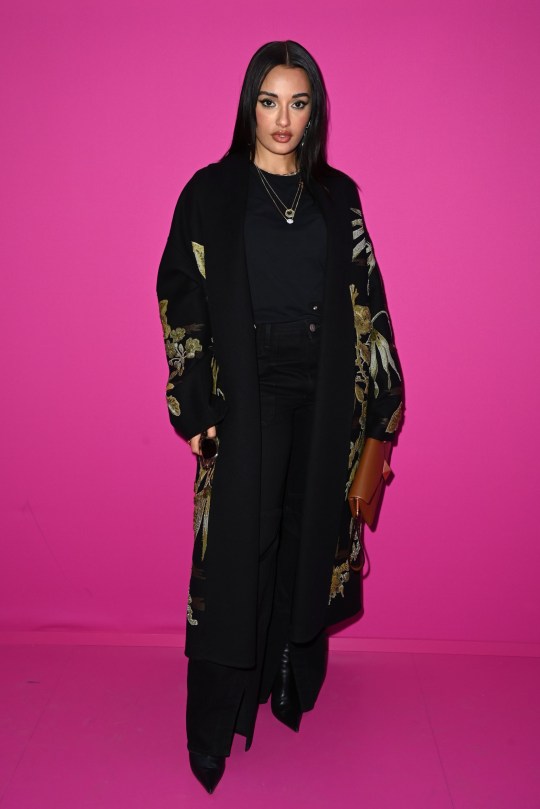 There were also claims that A$AP had been messaging Amina Muaddi (Picture: Pascal Le Segretain/Getty Images)

‘Not even during what should be one of the most beautiful and celebrated times in one’s life. Therefore I have to speak up as this is not only directed at me but it is related to people I have a great amount of respect and affection for.

‘While Rih is continuing to live her serene, best-dressed pregnancy life and I go back to my business. I wish everyone a beautiful Easter weekend!’

Also that month, A$AP was arrested and taken into custody at LAX airport – after returning home from a getaway with pregnant girlfriend Rihanna – in connection with an alleged shooting in 2021.

The rapper was released on a $550,000 (£421k) bail after the LAPD allegedly used a battering ram to force their way into his home.

According to reports, he wasn’t given a heads up about the arrest, which was said to be a ‘week in the making’, and involved ‘at least 10’ officers waiting for him at the airport.

On April 28, a series of guns were seized from the rapper’s home following his arrest in connection with the shooting.

Pusha T has commented on losing out on a Grammy to Cardi B back in 2019, saying that…
byBizLifetime
No comments