Ukrainian band Antytila ask to perform at Concert For Ukraine

Members from the Ukrainian band Antytila have reached out to Ed Sheeran to ask if they can perform remotely at the Concert for Ukraine that will take place in Birmingham.

The band asked to be included via video link from Kyiv where they are currently fighting on the front line, in order to join the concert and raise money for the besieged country.

Announced last week, the two-hour benefit show will take place on March 29 and will air on ITV in aid of the Disasters Emergency Committee, the Ukraine Humanitarian Appeal.

Acts confirmed for the show include the aforementioned Shape Of You singer, alongside Camila Cabello, Emeli Sande, Gregory Porter and Snow Patrol.

In addition Nile Rodgers, Chic, the Manic Street Preachers, Tom Odell, Becky Hill and The Kingdom Choir have all been signed up.

After hearing of the concert, the members of the band sent a video message to Ed via Facebook.


The band offered to help out (Picture: Facebook/Antytila)

In the message, they said: ‘Hello Ed Sheeran, greetings from Kyiv!

‘We are musicians of the Ukrainian band Antytila – one of the most popular Ukrainian bands with a lot of fans in Ukraine and all over the world.

‘In peacetime, our concerts gathered stadiums. The war has changed our lives and now we are fighting with weapons against the Russian occupiers.

‘We thank you, and all the British people for their support. Believe me, we are grateful, and we will always, always remember this.

‘Today we learned about your charity concert for Ukraine, which will take place in Birmingham.

‘And we offer to make a live broadcast between Kyiv and Birmingham with Antytila temporary joining the gig remotely. 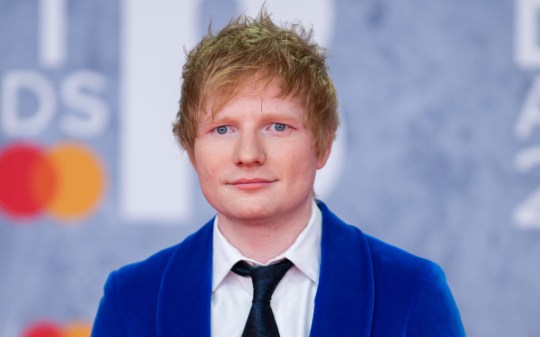 Ed is part of the Concert for Ukraine, which is happening in Birmingham next week (Picture: Samir Hussein/WireImage )

‘Our band will play our music in Kyiv, a city that has not surrendered and will never surrender to the Russian occupiers.

‘You will play in Birmingham. We are not afraid to play under the bombs.

‘Through music, we want to show the world that Ukraine is strong and unconquered.

‘We will fight and sing for victory in front of the whole world that supports us.

All sponsored and advertising revenue raised by the broadcast of the event will be donated by ITV to the DEC fund, with the concert expected to raise over £3million.

The likes of Arcade Fire, Patti Smith and Franz Ferdinand have all performed at Ukraine fundraiser shows recently, while London’s Shepherd’s Bush Empire confirmed that it would host ‘a night for Ukraine’ next week.

Meanwhile, Sean Penn has pledged ‘everything he can do’ to help those fleeing the Russia Ukraine war.

The 61-year-old actor had been working on a documentary in Kyiv at the time of Vladimir Putin’s invasion.

THEY come from the land of Dancing Queen, Mamma Mia and Super Trouper. Yet it’s taken well over…
byBizLifetime
No comments

The Snuts share song ‘Knuckles’ ahead of ‘Burn The Empire’ album

The Snuts have shared their rousing new single ‘Knuckles’, which is taken from their forthcoming album ‘Burn The…
byBizLifetime
No comments