The Bel-Air team got this casting spot on (Picture: Twitter/Getty)

Fans of The Fresh Prince of Bel-Air are absolutely losing their minds over a ‘crazy’ photo shared by Jimmy Akingbola.

Jimmy plays Geoffrey in Bel-Air, the modern interpretation of classic sitcom The Fresh Prince of Bel-Air, while the Banks family’s sassy butler was portrayed by Joseph Marcell way back when.

The star of the reboot shared an amazing snap of himself with the Fresh Prince star while on set of Death in Paradise, in which he played Joseph’s son.

In the picture, the actors can be seen sitting on a bench with their arms round one another, pointing at each other while smiling.

Seemingly aware of the frenzy his tweet would cause, Jimmy wrote: ‘Dear #BelAir fans.. Some things are just meant to be….

‘When #Geoffrey met #Geoffrey a few years ago on @deathinparadise @mrjmarcell played my father… The rest they say is history..’

Twitter users could not get over how the pair literally look like they could be father and son, and said it’s a ‘full circle moment’ that the two are pals.

‘I live for this picture and you guys actually look related too,’ one fan tweeted.

‘That is one dope picture,’ said another.

Another tweeted: ‘Bel-Air’s casting is impeccable!’

Comedian Joseph played Geoffrey Butler in the NBC sitcom from September 1990 until the show ended in May 1996.

His character came across as a proper English gentleman, but he was full of sarcastic quips and cynical observations, making him a fan favourite and one of the show’s funniest character. 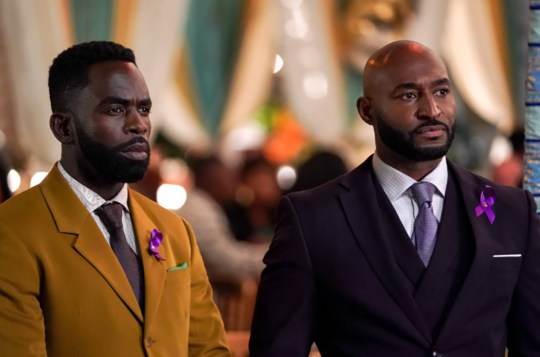 Bel-Air brings the show back to life (Picture: Tyler Golden/Peacock)

As the Bel-Air reboot came to life, producers decided that Geoffrey was just too unique to recast so, instead of trying to translate him, he was re-conceived as an advisor and fixer for patriarch Philip Banks.

Discussing his role in the reboot, Jimmy teased that Geoffrey is ‘multi-layered’, so there are plenty of elements of his past to explore.

‘We’re going to continue the mystery of Geoffrey because we’ve got two seasons,’ he said. 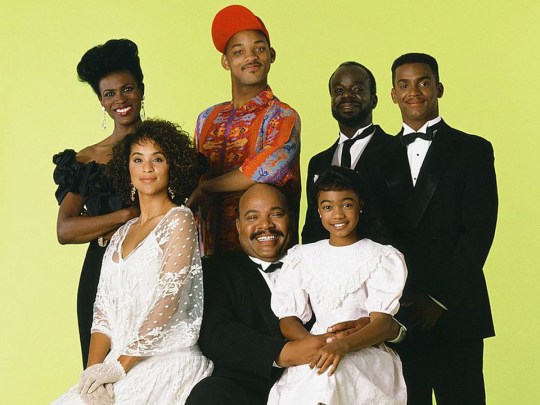 Geoffrey was a fan favourite in the sitcom (Picture: NBCUniversal via Getty)

‘But there’s so much beautiful backstory that we’re going to get into and share with you all.’

The story behind the reboot will be familiar to fans of the original Will Smith comedy, as a street-smart Philadelphia teen gets into some trouble and is sent to live with his rich relatives in Los Angeles.

However, the modern version is more dramatic, with Jabari Banks playing Will, while Adrian Holmes and Cassandra Freeman take on the roles of Uncle Phil and Aunt Vivian, alongside Olly Sholotan’s version of Carlton Banks.

Cousins Hilary and Ashley are back too, with Coco Jones and Akira Akbar joining the cast for the roles respectively.

Bel-Air airs Thursdays on Peacock and is available on NOW in the UK.

Maverick is tiny & it will have fans in tears

FERN Britton has made a cryptic dig at her former co-star Phillip Schofield, who she hosted This Morning…
byBizLifetime
No comments