Billie Faiers and husband Greg Shepherd were heartbroken after learning their mansion renovations were 24 weeks behind schedule.

The reality stars have been working on their dream home for a while now, but were told workmen couldn’t continue developing the £1.5million abode until the couple ‘started to make major decisions’ on its interior.

Billie and Greg have documented the renovation process in their TV show The Family Diaries, but it hasn’t all been plain sailing.

There were recent reports of the pair being ‘at war’ with their neighbours over their grand plans, with the pair starting renovations in January 2021.

In the upcoming Wednesday episode of The Family Diaries, the couple headed to the property to assess the progress.

However, project manager Lee informed Billie and Greg that his team cannot renovate further until they knew exactly what the family had planned for the inside.


The couple couldn’t believe how behind schedule the team were (Picture: ITV)

Greg told cameras: ‘There’s no one working because we haven’t been giving them decisions’ before turning to Billie to say: ‘This is interior and he needs to be on top of it a bit more, and he’s waiting for information from you.’

Lee told them that the ‘remaining steps in the renovations’ are their kitchen, utility and the stairs.

Once those are in place they ‘can get everything in place and call the plasters in.’

Greg asked the project manager how far behind schedule the team were and admitted he was ‘shocked’ by the number.

‘Lee told us before that it was behind but it’s shocked me for him to tell me it’s 24 weeks behind, it’s been dragged out long enough and it’s time,’ he shared.

‘At this rate I’ll have finished the garden before you finish the interior,’ he said to his wife.

Billie and Greg have been sharing the ups and downs of their home lives for years now, starting initially with The Mummy Diaries – alongside sister Sam – before it was cancelled.

Now sharing their own journey on Family Diaries, Billie reckons it’s important to show everything, warts and all.

‘We do share it all, because I think other parents and people that watch the show, they know that life isn’t all roses and sunshine and lovely. 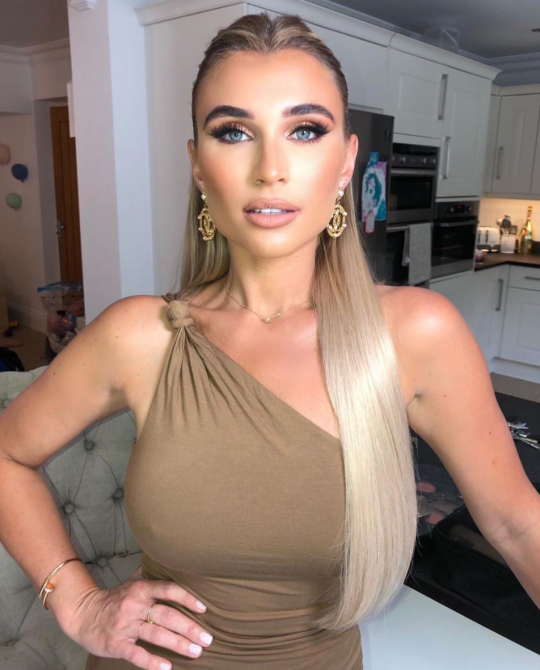 ‘And we are so open with it and honest and I think that’s probably part of the success of the show, is that people can relate to it,’ she said.

Family Diaries was filmed a few months back, so time will only tell how the couple have got on with their renovations since.

As for what they have planned, Billie and Greg hope to turn the house into a luxury mansion, complete with five bedrooms, huge dressing room and walk-in wardrobe.

Their garage will also be converted into a gym and games room, and there will be a playroom for their two kids.

However, Billie previously revealed that she wouldn’t have bought the house in the first place if she knew what a ‘headache’ it would be.

The Family Diaries continues on Wednesday at 9pm on ITVBe.

Two of the stars of Ten Percent, the UK version of the French TV show Call My Agent,…
byBizLifetime
No comments

Ozzy Osbourne is back to his old tricks after undergoing life-changing surgery, as he unceremoniously cancelled his interview…
byBizLifetime
No comments

Maya turned down the role of Eve (Picture: REUTERS) Maya Rudolph has revealed she was approached for the…
byBizLifetime
No comments