Denise Welch doesn’t believe Boris Johnson should resign for attending parties during the height of lockdown.

The actress appeared on Wednesday’s episode of Loose Women, where the panel discussed the Partygate scandal which this week saw the Prime Minister and Chancellor Rishi Sunak fined for breaching Covid-19 rules.

Denise was asked by host Jane Moore if she believed Boris should resign for breaching his own rules, and she answered firmly: ‘No.’

Explaining her reasoning, Denise said that in her opinion it was ‘better the devil you know,’ and she believes he is ‘doing the best job he can’ with the situation in Ukraine.

However the Prime Minister is far from on Denise’s good side, as the TV personality launched into a rant about the pandemic and associated restrictions, and said that in Downing Street it was clearly ‘a different world.’

She referenced the fact that Boris’ birthday party allegedly only lasted 10 minutes, but said: ’10 minutes is also time I could have seen my father who was left alone during lockdown because we were all following the rules.’


Denise Welch went on a furious rant about lockdown restrictions and the government not following their own rules, but doesn’t believe Boris should resign (Picture: ITV)

Denise recalled how people were ‘being arrested on beaches… people weren’t allowed to visit their family even when they were ailing,’ and said anyone who broke the rules were likened ‘to a murderer’.

A visibly frustrated Denise then suggested that the government did not take the pandemic seriously, claiming: ‘They made the rules, they knew it was completely ridiculous. 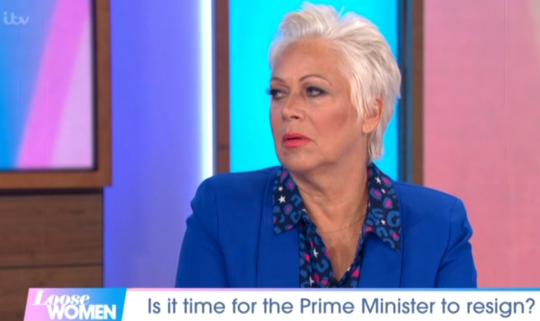 Denise said it was ‘better the devil you know’ and didn’t think the Prime Minister should resign (Picture: ITV)

Her comments did not exactly go down well on social media, with one viewer stating Denise ‘thought it was a hoax from the beginning’ and not to mind her views on politicians not taking the pandemic seriously.

Another wrote that Denise was ‘forgetting’ about the tens of thousands of people who died from the virus in the UK and accused her of being ‘selfish’.

But despite all of the issues raised in her rant, Denise does not think Boris should resign – and co-panelist Katie Piper agreed, but for a different reason.

Katie argued that Boris resigning would be ‘a cop-out,’ adding: ‘I want accountability, I want it to be as serious for [him] as it was for us.’

A poll by ITV staff asked Loose Women viewers their opinion on whether the Prime Minister should resign, and the results were a resounding yes, with 76% of respondents saying it was time for Boris to go. 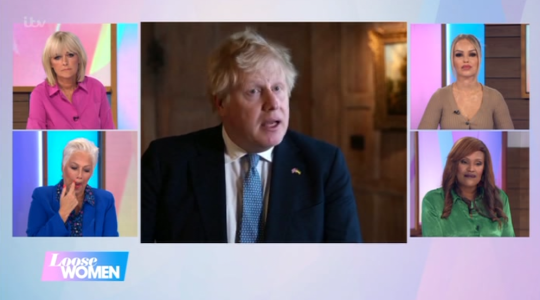 Denise’s apparent suggestion that the pandemic was not as serious as the government made it out to be is at-odds with official data, with over 170,000 Covid-related deaths reported in the UK since the beginning of the pandemic.

And while lockdown is currently not on the cards, cases of Covid-19 are rising in the UK again, with around 4.8 million people in private households having Covid in the last week, according to the Office for National Statistics (ONS).

In England, around one in 13 people were likely to test positive for Covid-19 in the week to April 2, or 4.1 million people.

How can it possibly end here?! (Picture: BBC) Gentleman Jack fans are struggling to see how everything will…
byBizLifetime
No comments