Nicola Coughlan is just as gutted as you will be about her reduced role in Derry Girls (Picture: Channel 4)

Bridgerton’s Nicola Coughlan expressed her devastation over her reduced role in the third and final series of Derry Girls.

The actress, 35, known for playing Clare Devlin on the hit Channel 4 comedy, explained that scheduling commitments made it ‘harder to manage different projects.’

Nicola – who plays Penelope Featherington in the regency romance – recently celebrated its season two debut on Netflix, however, the period drama took priority which resulted in her upcoming scenes being ‘cut short’.

Addressing Derry Girls’ final chapter to the press, she said: ‘We were meant to film Derry Girls in January 2021.

‘And I was totally free and they decided to push it again. And that caused me insane stress because I was on what in the industry is called first call.’

The star explained that after a lot of back and forth bosses had to make changes to the script, to her dismay. 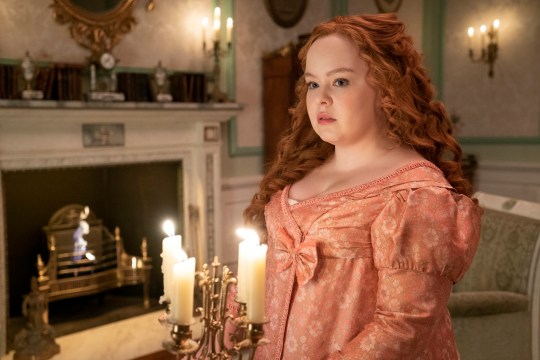 ‘They had to cut down my role somewhat, which was hard,’ she added.

‘But I think, you know, the fans of the show are going to be happy.’

The sitcom is set to premiere later this year, and fans were treated to a sneak peek on St Patrick’s Day of what’s to come.

Orla (Louisa Harland) Erin, Michelle, (Saoirse-Monica Jackson), James (Dylan Llewellyn and Clare (Nicola) were seen doing what they do best – causing utter chaos – as they live normal teenage lives to the backdrop of the Troubles in Northern Ireland.

Nicola confirmed she filmed her final scenes in December last year, posting a picture from her final day on set.

‘Goodbye Derry Girls, it’s been quite a ride,’ she wrote.

BRITAIN’S Got Talent fans have been blown away by busker Maxwell Thorpe’s audition. The singer stunned the judges…
byBizLifetime
No comments

A Jedi’s Return’ documentary to be released in September

Disney has shared a trailer for upcoming documentary Obi-Wan Kenobi: A Jedi’s Return – check it out below.…
byBizLifetime
No comments

Alicia Keys has explained the decision behind the song she performed at the Queen’s Platinum Jubilee celebrations (Picture:…
byBizLifetime
No comments