The Bridgerton star has urged her fans to sign the petition (Picture: Channel 4)

Derry Girls Nicola Coughlan has spoken out against plans to privatise Channel 4, delivering a strong statement by sticking her middle finger up in a photo shared on Instagram.

Last night, season 3 of the hit series premiered, reuniting fans with Clare (Nicola), Erin (Saoirse-Monica Jackson) and the rest of the gang for their final outing, which began with a jaw-dropping cameo by Taken star Liam Neeson.

Fans gushed over the first episode, which arrived shortly after the government confirmed plans to privatise Channel 4, which has been publicly owned since it was founded in 1982 and is funded by advertising.

At the time of writing, almost 400,000 people have signed a petition calling for the plan to be halted, which has the full support of Bridgerton star Nicola.

After the season three premiere of Derry Girls aired, she shared a photo of herself dressed in character as Clare smiling and sticking her middle finger up at the camera.

‘Thank you for all the love for #DerryGirls and F**k trying to privatise @channel4. Sign the petition in my bio,’ she wrote in the caption, directing people to click on the link in her Instagram bio to the petition on change.org.

The petition currently has an aim of reaching 500,000 signatures, stating in its description that ‘Channel 4 is responsible for some of the very best programming on UK TV’, and ‘Channel 4 News is one of the most trusted news programmes at a time when disinformation is rife’.

‘To privatise Channel 4 would seriously undermine programming aimed at all the communities, across generations, that make up this country,’ it said.

‘The government has no right to move ahead with a plan that is not in the interest of the viewing public.’ 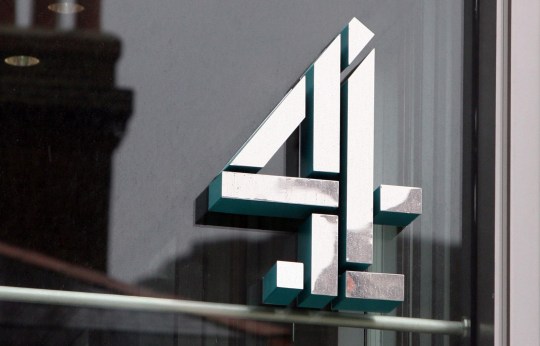 Members of the public and stars alike have expressed their opposition to the privatisation plan (Picture: Lewis Whyld/PA Wire)

Several stars have expressed their staunch opposition to the privatisation plans, including It’s A Sin creator Russell T Davies and Kirstie Allsopp.

A privatised Channel 4 would prioritise profits over making diverse content for audiences, as well as ending the broadcaster’s reliance on independent production companies to create programmes.

In a tweet, Culture Secretary Nadine Dorries said that she wanted the broadcaster to remain a ‘cherished place in British life’, but felt that government ownership was ‘holding Channel 4 back from competing against streaming giants like Netflix and Amazon’.

She added: ‘I will seek to reinvest the proceeds of the sale into levelling up the creative sector, putting money into independent production and creative skills in priority parts of the country – delivering a creative dividend for all.’

Derry Girls returns next Tuesday at 9.15pm on Channel 4 and is available to watch on All 4.

Kate Garraway was firmly shut down by deputy leader of the Labour party Angela Rayner, after asking if…
byBizLifetime
No comments

KENDALL Jenner has shown off her thin frame yet again, stepping out in West Hollywood in a revealing…
byBizLifetime
No comments

Could Daenerys return for the Jon Snow prequel? (Picture: HBO) Game of Thrones fans are torn over the…
byBizLifetime
No comments