Derry Girls season 3: Will this be the final season of Derry Girls?

Derry Girls returns at last tonight with the gang back to cause more mischief – but will this be the final season of the hit show?

The iconic Channel 4 comedy quickly charmed viewers and solidified itself as one of the broadcaster’s best outputs in recent years.

The pandemic delayed filming of the latest batch of episodes, meaning fans have had to wait three long years to get their fix of the best gang in town.

Fans are sure to be looking forward to finding out what Erin, Orla, Michelle, Clare, and the wee English fella have been up to since the second season.

The first instalment will see the gang prepare for GCSE results day, and while passions run high, confidence is at rock bottom as they try to hatch a plan.

But will they all end up with the future of their dreams when things draw to a close?

Is this the final season of Derry Girls?

Unfortunately, it has already been confirmed this will be the final season of Derry Girls.

Creator, Lisa McGee, announced in September 2021 that the long-awaited third season will be the last.

She posted to Twitter, saying: ‘It was always the plan to say goodbye after three series.

‘Derry Girls is a coming-of-age story; following five ridiculous teenagers as they slowly… very slowly… start to become adults, while around them the place they call home starts to change too and Northern Ireland enters a new more hopeful phrase – which was a small, magical window of time. 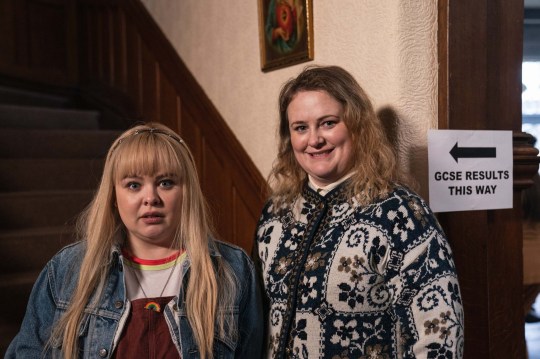 The Derry Girls are back (Picture: Peter Marley)

‘Derry Girls is a love letter to the place I come from and the people who shaped me. It has been an honour to write it and I will forever be proud of everything it’s achieved. I’d like to thank the people of Derry and Northern Ireland for getting behind us.’

‘It broke my heart to hang up the habit,’ she told Metro.co.uk. ‘When I heard it was the last [series], yeah it was very disappointing but it also slightly made sense to me.

‘There’s a logical limit to how long these things can go, and there’s great dignity in bowing out before it gets s***, frankly!’

What time is Derry Girls on tonight?

The final season will be made up of six episodes, and will be broadcast each Tuesday at 9.15pm.

Seasons one and two can be streamed in full on All 4, and each episode of season three will be on the streaming platform after it airs.