Derry Girls: Where to catch up with the series so far

Derry Girls fans are torn over excitement at the new series premiering tonight and feeling heartbroken that this will be the last ever.

But fear not, although the Northern Irish comedy may be coming to a close sooner than any of us ever wanted, all the previous series can be binged over and over again to reminisce in those nostalgic moments.

Following a group of teens growing up in The Troubles, the final season of the hit comedy will reunite the whole cast, with Saoirse-Monica Jackson, Nicola Coughlan, Louisa Harland, Jamie-Lee O’Donnell and Dylan Llewellyn reprising their roles as Erin, Clare, Orla, Michelle and James respectively.

From all the trials and tribulations that come with growing up, as well as all the nuisances this group cause, season three is set to be as entertaining as ever.

Over the past two series, they’ve faked a miracle, accidentally set fire to a flat, and caused more mischief and trouble on their journey towards adulthood.

Where to watch all the series of Derry Girls so far?

Series one and two of Derry Girls can be caught up on All4.

Series one is also available to watch on Netflix, and while the second series was added last July, it was taken down just four days later.

The hotly-anticipated second chapter of the Irish comedy was added to the UK platform on July 9, with the official Twitter account confirming the exciting news.

‘Derry Girls S2 is now on Netflix if you were looking for an excuse to watch it again,’ Netflix wrote.

However, fans were left devastated to learn that not soon after it had arrived, it had vanished, with one branding the move ‘criminal’. 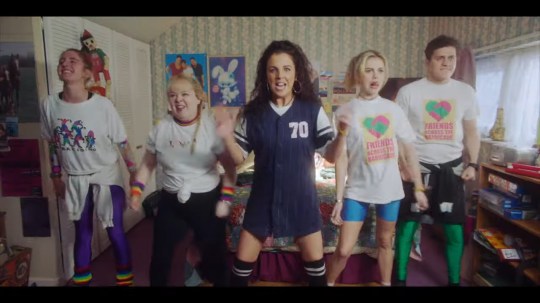 Derry Girls is nearly back after a long three years (Picture: Channel 4)

Confirming that the second series of Derry Girls had been taken off, Netflix UK announced it had added the show to the service ‘a bit early’.

‘UPDATE: it looks like we were a bit early with this one so have had to take season two down for now,’ it said.

When does season 3 of Derry Girls start?

The episode will be available to watch soon after on All 4.

This season, it seems that they’re going to have a run in with the law, with the friends being cornered by a police force, complete with what appears to be a Swat team of sorts.

In the teaser, a police van pulls up with officers descending on ropes from above, as one man in charge states: ‘Put your hands in the air, slowly turn around and place your palms flat against the wall.’

With multiple guns pointing at them, Erin yells out: ‘This is a set up!’

Meanwhile, Clare – always terrified of putting a foot wrong – shouts: ‘You have my full cooperation sir!’ 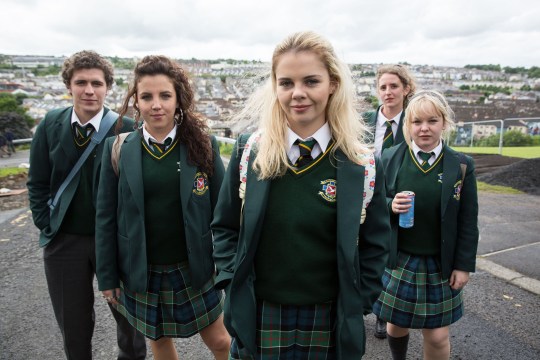 Creator Lisa McGee confirmed that this would be the final series, leaving us all heartbroken that series four adventures aren’t coming soon.

‘It was always the plan to say goodbye after three series,’ said Lisa in a statement.

‘Derry Girls is a love letter to the place I come from and the people who shaped me.

‘It has been an honour to write it and I will be forever proud of everything it’s achieved.

‘I’d like to thank the people of Derry and Northern Ireland for getting behind us.

‘Who knows if Erin, Clare, Orla, Michelle and James will return in some other guise someday, but for now this is it for us and we’re excited to start filming this series with our incredible cast and crew to hopefully take our loyal fans on one last adventure.’

Series 1 and 2 of Derry Girls are available to stream on All 4.

Game Of Thrones’ Emilia Clarke missing some of brain after aneurysms

From reliving their glory days to joining the RAF, where is the cast of Most Haunted now?