To mark the 10-year anniversary of Girls’ debut, Metro.co.uk heard from fans around the world who wished to pay tribute to the masterpiece. 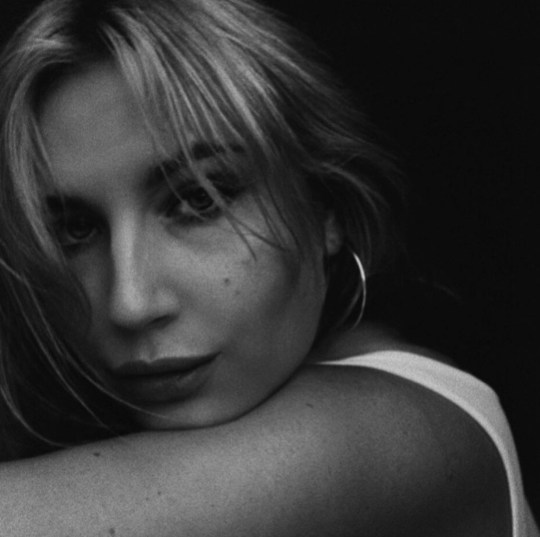 Natalia appreciates that no taboos were left off the table (Picture: Natalia Traxel)

Natalia, 26, based in London, began watching Girls when it first debuted in 2012 at the age of 16. ‘What really drew me in, and even now what makes it different, is the grittiness of it,’ she recalls. ‘The topics that Girls dealt with such as mental health, there were no taboos left off the table.

‘Compared to the other shows we were seeing at the time like 90210 and Gossip Girl, I think for me personally it was the first time seeing women and sex and relationships portrayed in a very realistic way. I’m really grateful for the realism because it was a great blueprint to have. My relationships are much more like the ones in Girls to the ones in Gossip Girl.’

Upon first watching, Natalia adored Jessa. ‘She was the definition of free spirit enigma,’ she tells us. ‘I loved when Jessa worked for Beadie (Louise Lasser) and her insane relationship with Thomas-John (Chris O’Dowd). There’s one particular line that she said that really stands out for me, “I’m going to look 50 when I’m 30”.’ 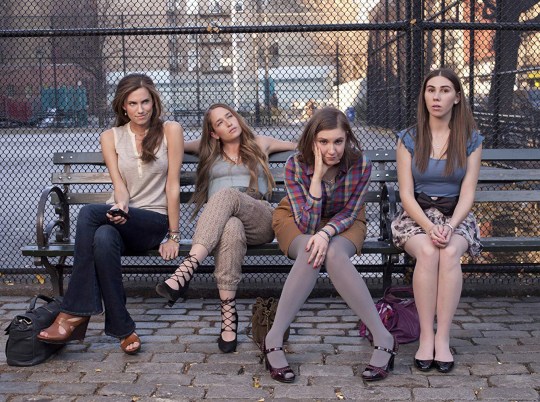 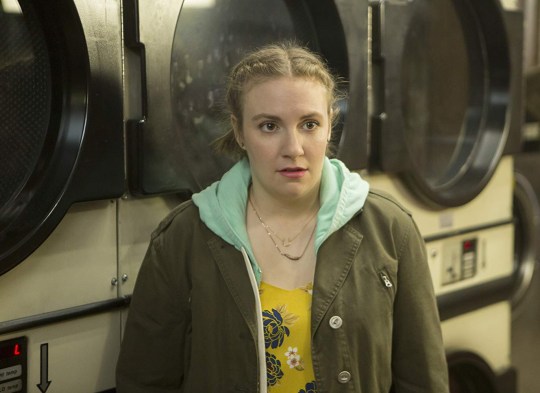 The show was created by Lena Dunham, who starred as Hannah Horvath (Picture: HBO)

But Natalia has outgrown her love for Jessa. ‘I completely romanticised her, but she’s a terrible person. I really dislike her now and I wouldn’t want to have a friend like her. When you’re young, you’re like yes, this is a completely free-spirited woman. But I think that’s the great thing about Girls, it showed all her friends were tired of her flakiness. She got fired, and she understood she was ruining my life. You see the consequences of Jessa’s actions catch up with her which was a good warning.’

Nowadays, Natalia has more respect for Ray Ploshansky (Alex Karpovsky). ‘All my life I adored Jessa, but I think it took maturity for me to realise that my favourite character is Ray. I didn’t appreciate him at the beginning, I found his maturity and his cynicism irritating, but then I realised that’s because he’s the only adult. Everything he says is right. He seems boring and practical, but you soon realise, actually gentrification and traffic are important.’ 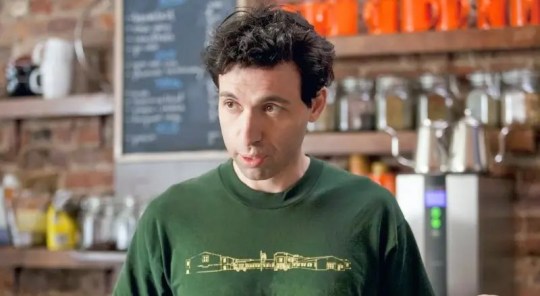 Natalia recently finished rewatching Girls last month. ‘I always go to it when I want to be validated in my confusion of youth,’ she admits. ‘It’s very stripped back. In a lot of shows now, in girl boss culture, everyone has their own business at 22, so it’s nice to watch Girls and go “she’s like 27 and she’s just been fired”.’

If she had the opportunity to speak to Dunham, Natalia says ‘it’s cliché, but I would thank her’. ‘There is so much discourse around Girls and I think the criticism of the show is valid,’ she continues. ‘She’s probably had so many things said to her. I wouldn’t add too much to the dialogue.’ 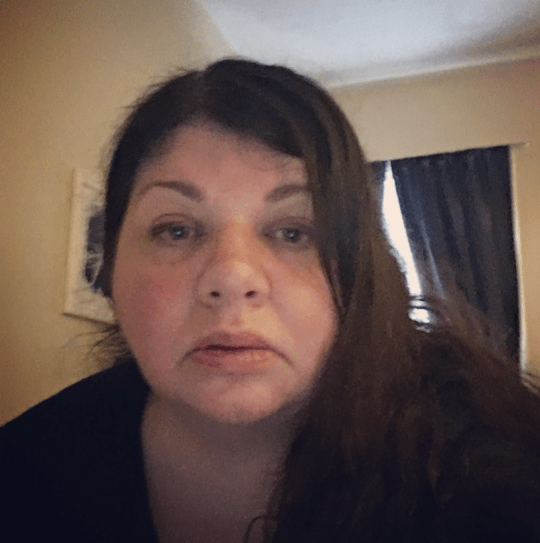 Gina, 51, from Missouri, United States, first started watching the series a few episodes in and quickly became hooked. ‘Girls will also hold a special place in my heart because I lived in New York City from my first year of college to the age of 40,’ she tells us.

‘The show encapsulated so much of what I loved (and sometimes hated) about living in New York. Every character embodies the struggles, insecurity, excitement, and joy of being a New Yorker with a raw unvarnished lens. It still makes me nostalgic when I watch this show, especially since I left New York 12 years ago.’

Like Natalia, Gina also had a soft spot for Jessa. ‘All of the characters brought their own assets to the show, but Jessa was definitely my favourite character because she was deeply flawed but strong and independent,’ she shares. 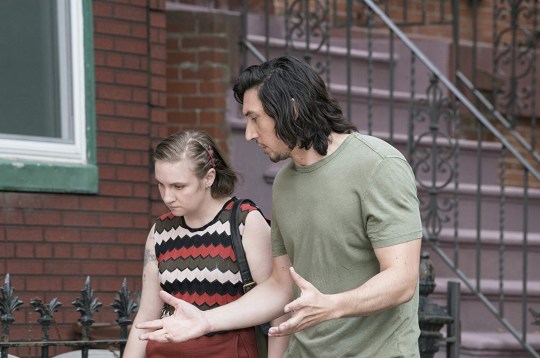 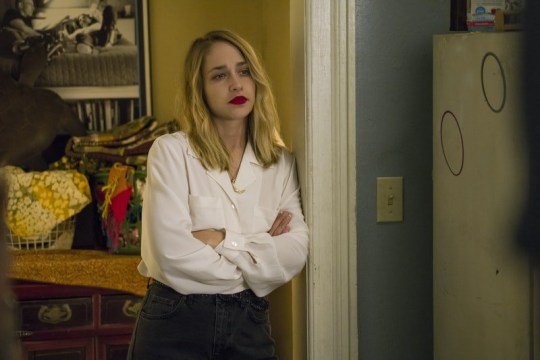 ‘To me, she was the epitome of New York glamour, but she was also messy and chaotic. She could also be selfish and callous, but also vulnerable and deeply sensitive. This was personified perfectly when she goes to visit her father and you finally see her backstory. Her relationship with Adam was chaotic and messy just like both characters.

‘My favourite moment of the series and also Jessa’s best moment was the scene where she discovers that Ace (Zachary Quinto) is trying to play her to get Mimi Rose Howard (Gillian Jacobs) back. Not only does she stand up for herself but also for Adam. This is Jessa at her most confident and defiant. I still cheer when I watch that scene.’

Given the chance, Gina would tell Dunham just how well she captured what it is to be young and living in New York City, with all the highs and lows it brings. ‘I don’t think I appreciated the show as much as I do now, especially now that I no longer live there,’ she adds. ‘It really was ahead of its time.’

Omotola saw Girls as a projection of what was to come 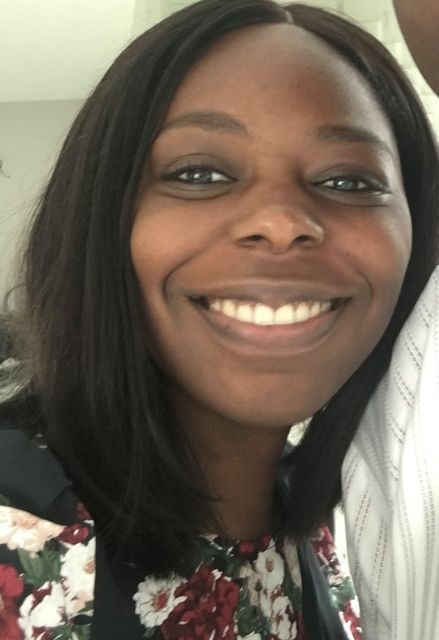 Omotola was a teenager when she first discovered Girls (Picture: Omotola Braithwaite)

Omotola, 27, based in Lagos, Nigeria, started watching Girls when it first came out while she was in school. She explains how the series served somewhat as a window into the future. ‘I was 17 and I thought of it as a representation of what I was about to go through,’ she recalls. ‘I think it was useful for me to have that.’

A major criticism of the show was its lack of racial diversity. While Omotola points out that she struggled to relate to the characters because her reality wasn’t represented, she still enjoyed it all the same.

‘I especially loved Donald Glover’s episode in season two,’ she enthuses. ‘He was a great addition; he was so good and funny and the fact he was a Black republican was hilarious.’ 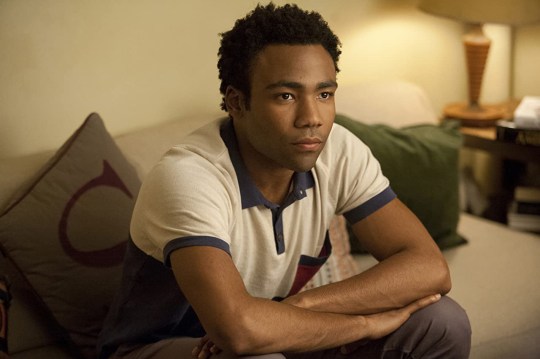 Omotola also had a lot of time for Hannah’s gay best friend Elijah Krantz (Andrew Rannells). ‘I just loved him,’ she says. ‘He was always so fearless and carefree, but he had his path. He was assured of where he was going in life. I think he was a much better best friend to Hannah than Marnie was because he was very honest with her – although he could be mean sometimes, like when he said she’d be a terrible mother.’

One particular storyline that Omotola respected took place in the show’s final season. ‘I really enjoyed Shoshanna’s character development towards the end because she realised that these women were not her friends. I appreciated that arc for her.’

Since its arrival in 2012, Omotola has rewatched the drama in parts as well as clips on YouTube. ‘For me, Girls represents growing up and what we’re going through now as we continue our journey into adulthood. It’s a relatively accurate representation of that transition.’

If she could chat with Dunham though she would say ‘throw in some Black people and some people of Asian descent, the world isn’t just white.’ But ultimately, Omotola believe Girls was a great show. ‘It’s hard to criticise her,’ she admits.

Girls is available to stream on NOW, Sky Atlantic and HBO.

The Lincoln Lawyer: Who is in the cast of the Netflix series?

The Lincoln Lawyer has proven to be a hit with Netflix viewers after its launch earlier this month.…
byBizLifetime
No comments