House Of The Dragon: George RR Martin teases storylines ahead of release

George RR Martin has gifted us with more House Of The Dragon teasers (Picture: Getty/HBO)

George RR Martin has dropped more hints as to what viewers can expect when they tune into the hotly anticipated House Of The Dragon.

The Game Of Thrones prequel, which stars The Crown’s Matt Smith as Prince Daemon Targaryen, younger brother to King Viserys, is set to launch on August 22.

Although fans have still got months to wait until the show’s launch, Martin has been able to sneak a preview at some of the episodes and they were so good that he couldn’t help but tease what’s in store.

Taking to his blog, he penned: ‘I saw rough cuts of a couple more episodes of House Of The Dragon, and was just as pleased as I was with the earlier episodes.

‘Ryan and Miguel and their cast and crew are doing great work. Those of you who like complex, conflicted, grey characters (as I do) will like this series, I think.’ 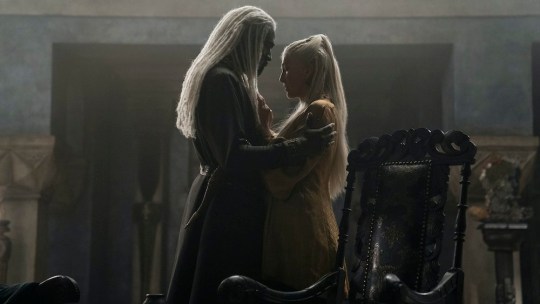 Martin added: ‘There will be plenty of dragons and battles, to be sure, but the spine of the story is the human conflicts, the love and the hate, character drama rather than action/ adventure.’

Based on Martin’s Fire & Blood and set 200 years before the events of Game Of Thrones, House Of The Dragon chronicles the beginning of the end of House Targaryen and the events leading up to the Targaryen civil war, known as the Dance of the Dragons. 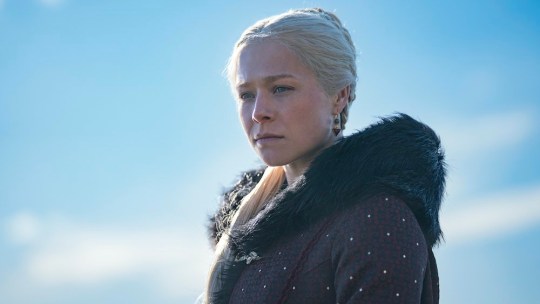 House Of The Dragon is set 200 years before Game Of Thrones (Picture: HBO)

The drama features Olivia Cooke, who plays Alicent Hightower, the daughter of Otto Hightower, Hand of the King.

Emma D’Arcy takes on the role of Princess Rhaenyra Targaryen, the king’s first-born child, who is of pure Valyrian blood and a dragon rider, and Steve Toussaint is Lord Corlys Velaryon, known as the Sea Snake, a famed nautical adventurer who has built his house into a powerful and wealthy seat.

One of the descendants of the dynasty, Daenerys Targaryen, was a major character in the main series of Game Of Thrones and was played by Emilia Clarke.

House Of The Dragon will launch on August 22 on Sky Atlantic and streaming service Now.

Love Island spoilers: Could the girls be heading to Casa Amor?

Could there be trouble ahead for the couples? (Picture: ITV/REX/Shutterstock) Love Island confirmed last night that Casa Amor…
byBizLifetime
No comments

I 100% believe in aliens – we are definitely not alone, says Kerry Katona

KERRY Katona has said she believes in aliens, adding that she doesn’t understand how people don’t believe in…
byBizLifetime
No comments