Katy Perry rips trousers in American Idol performance, styles it out like pro

Katy Perry recovered like a total pro after she suffered an awkward moment during the most recent episode of American Idol.

The 37-year-old old was on stage with her fellow judges, Lionel Richie and Luke Bryan, when they took the opportunity to belt out an impromptu performance of Teenage Dream.

Well, who could blame them.

At one point, the singer bent down to show off her ‘skin tight jeans’, promptly ripping the back of her epic leather trousers.

She finished the lyric before Luke cracked up over the situation, telling the crowd: ‘They busted!’

Producers made sure to keep the exposed area blocked from view with a tasteful American Idol logo while the mom-of-one walked around the stage.

‘The concert is officially over,’ Lionel joked as Katy requested some gaffer tape from backstage assistants.

Thankfully, Luke came to her rescue and covered up the rip with bright yellow tape before they got back to work.

Of course, this isn’t the first time the Firework musician has had a similar faux pas on the series, as she split her trousers during a 2018 episode.

Finding the humor in the situation – as ever – Katy shared a video of the awkward moment on her Twitter page. 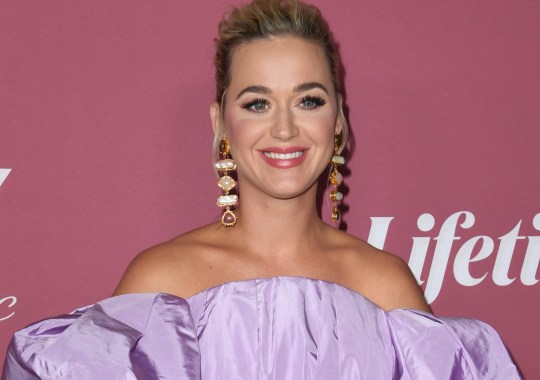 Katy recovered like a total pro after the scenes (Picture: WireImage)

‘Ima get ur heart racing in my skin-tight jeans on #americanidol tonight tune in now for a RIPPING good time [sic],’ she joked.

Fans were living for the clip and flooded her replies with praise for how she handled the situation.

‘U took the skin tight jeans line too seriously bestie [sic],’ one replied.

‘The things that happen to this woman, hahaha we love you Katy,’ a follower said.

‘There ya’ go … … One of the biggest pop stars in the world giving everyone a much needed laugh and taking it like a true star,’ a Twitter user agreed.

‘This should convince everyone to have a roll of duct tape on hand.’

Another added: ‘Queen of splitting her pants on television and flashing xoxoxox.’

Love Island: I went to the new villa and the reality’s not what I expected