Killing Eve season 4: How will BBC series end? Kim Bodnia has ‘no idea’

Kim Bodnia, who stars as Konstantin in Killing Eve, has admitted he doesn’t know how the hit BBC series will conclude.

Sandra Oh and Jodie Comer returned late last month for what might be Eve and Villanelle’s last outing in the cat and mouse game.

But with just one episode left to find out their fate, it seems some of its cast members don’t even know how the series will conclude.

The actor also revealed his weirdly beloved character was only meant to be in the show for a few episodes in the first season, before becoming a permanent addition.

He added: Of course, things can change all the time. I mean, Konstantin was supposed to only be in the show for four episodes in season one. 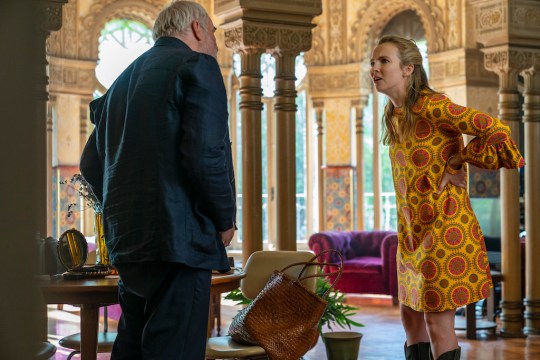 ‘You don’t know everything, we know that everything can change.’

He’d never rule out returning for more, despite season four being confirmed as being the last.

He didn’t rule out the chance to do a season five if the opportunity came around, and said: ‘It’s definitely possible, of course, why not?

‘Everybody wishes that. I wish it too. Let’s talk to the producers!’ Kim told us.

While there are no plans for a season five, a spin-off dented on Fiona Shaw’s character Carolyn Mertens is thought to be in the early stages of development.

The MI6 spymaster has been through it all so far, and the supposed new episodes would act as a prequel.

Carolyn was a young agent in Moscow in the 80s, and the new series may hone in on that period and her early life.

‘In many ways, Carolyn was a bit of a curveball choice for a prequel, but in other ways she was an obvious choice,’ an insider said of this new project.

‘The creators could have gone for Villanelle or Eve, but Carolyn provides a different take on things,’ the source told The Sun.

Is Metallica’s Master of Puppets a hit after Stranger Things?