KIM Kardashian shaded Kendall Jenner again in a new video after fans slammed the mogul for making “cruel” comments about her model sister.

The SKIMs owner wasn’t thrilled about the white horse Kendall was with leaving some fresh manure on her manicured green grasses. 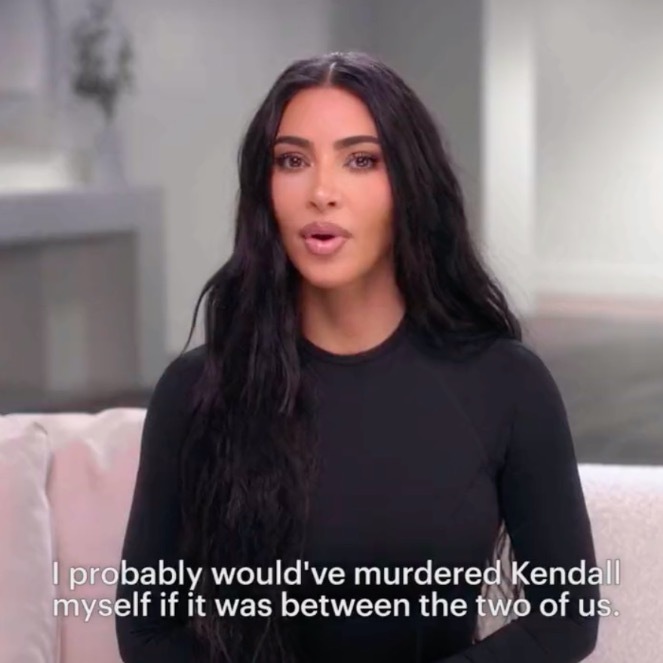 Fans think Kim has been making a lot of ‘cruel’ comments toward her younger sisterCredit: Hulu

Kendall, 26, was taking a big white horse out for a walk in the sunshine when the animal really needed to go.

Kim pans with her camera to show her fans the trail of dung the horse left along the sidewalk.

As Kendall walked the horse into the green grass, Kim said: “When auntie Kendall comes over with her pet…”

Then, the horse began to nibble on the lawns and Kim said under her breath: “Okay, there goes my grass.”

Last week Friday, Kardashian fans slammed Kim for her “shady” diss toward Kendall she muttered under her breath in the Jimmy Kimmel interview.

Ahead of The Kardashians streaming premiere on April 14, the reality star family – minus Kylie – made an appearance on Jimmy Kimmel Live!

The host kicked off the group interview by asking the family how they co-ordinate their outfits.

Kendall was eager to answer and said they have a “group chat” where they discuss “color tones.”

Kourtney, 42, confessed that she sometimes “ignores the group chat.”

When Jimmy asked the family if anyone ever “mutes or silences the chat” Kourtney said she does not, but Kendall admitted she does.

As Kendall commented that the group chat is “just a lot,” Kim simultaneously said under her breath, “For your mental health?”

In a shocked outrage, fans took to Reddit to see if anyone else picked up the shade-y comment.

One Reddit user wrote about Kim’s remark: “That little comment was such a disgusting little jab made to invalidate Kendall’s mental health.”

The same user continued: “Making light of other people’s mental health, especially those closest to you? Disgusting.”

Another fan chimed in: “Poor Kendall! That was such a mean comment.”

A third added: “They are super ignorant about mental health and see it as an excuse. Funnily Kim needs the most therapy.”

Yet a fourth said: “Kim, Kris and Khloe always look at mental health as a form of weakness.”

A fifth posted: “When is she going to reflect on the fact that she continues to pursue people who are mentally ill when she thinks so lowly of it. She’s not exactly well-adjusted herself.”

Amid the backlash, Kim claimed she would have “murdered” her Kendall over getting the Vogue cover image.

The shocking claim came in a new trailer for the family’s upcoming Hulu show, which was broadcast during the Oscars.

In the new clip, mom Kris Jenner, 66, said: “Two of my daughters are being considered for the cover of American Vogue.”

In a confessional, Kim admitted: “I probably would have murdered Kendall myself if it was between the two of us.”

Kim ended up landing the Vogue cover in March 2022.

After the shocking claim, Kendall opened up about struggling with anxiety after she was accused of getting plastic surgery and flaunting her wealth.

Kendall shared a short video of her serene backyard on Instagram.

She confessed to her fans about her struggles: “My anxiety (especially social anxiety) has been on 100 lately. I’ve come to a place where I don’t feel bad about it.”

The KUWTK-alum continued:  “I love my space and my alone time. I am finding ways to help me start my day off with a calmer, more positive mindset.

“That being said, I wanted to just spread some good vibes.”

Kendall then listed some activities that she did that morning to help with her mental wellbeing.

They included 10 deep breaths before touching her phone, journaling in her yard, and expressing gratitude for her “blessings”.

She also added that she “took in the sun” and “practiced some deep breathing”, and recommended that her followers do the same.

The mental health focus from Kendall comes as fans speculate that she’s had a secret boob job.

Over the weekend, she put her cleavage on display in a figure-hugging sheer minidress.

The bold look came after she was photographed looking fuller-chested than usual while on her way to visit 818 Tequila bar at REVOLVE Social Club in Los Angeles.

Fans said it looked like she’d had a very “natural-looking” breast augmentation as she stepped out in a crop top and khaki skirt.

Some also speculated that she wore her huge ruffled Balenciaga dress at Vanity Fair’s Oscars after-party to distract from potential recent surgery. 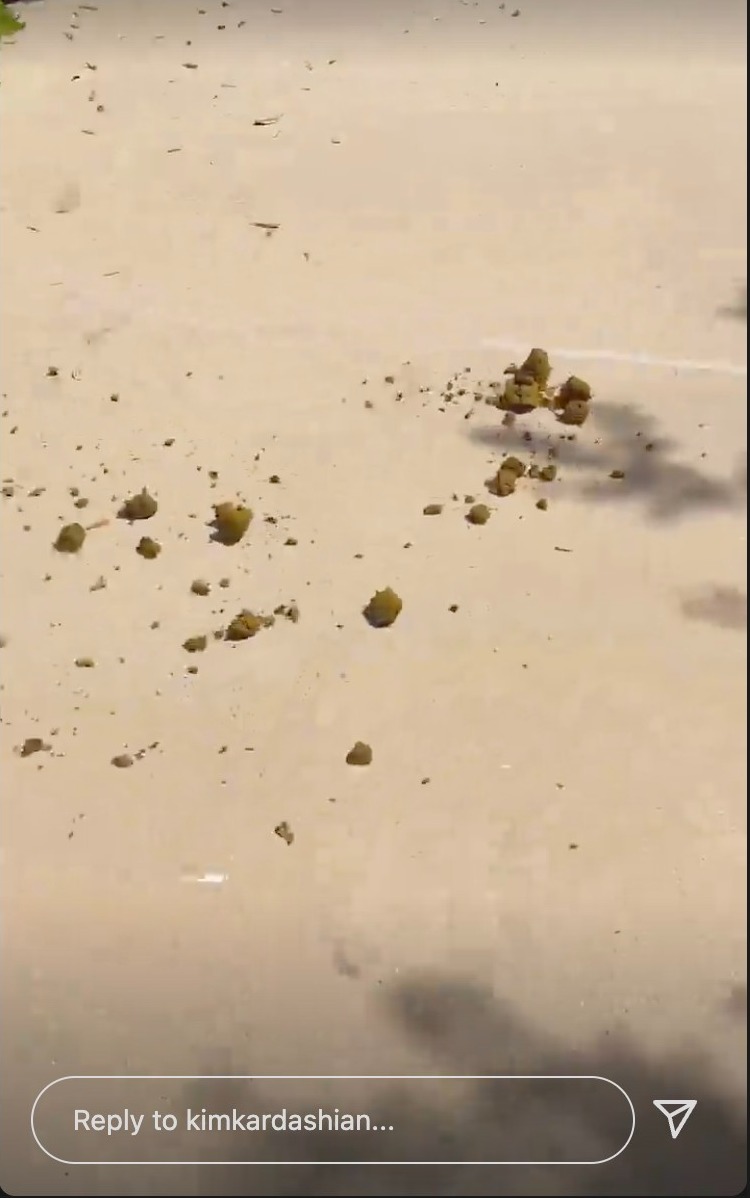 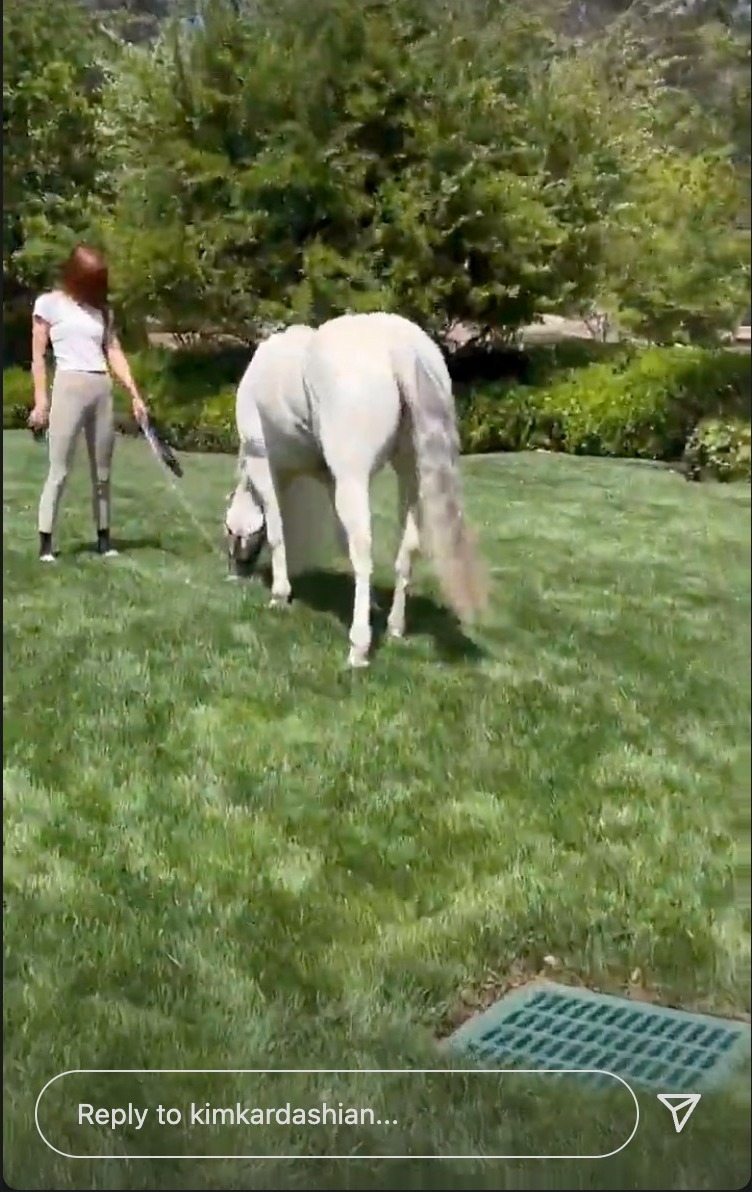 Kim muttered under her breath as Kendall’s horse began to eat her grassCredit: Instagram/kimkardashian 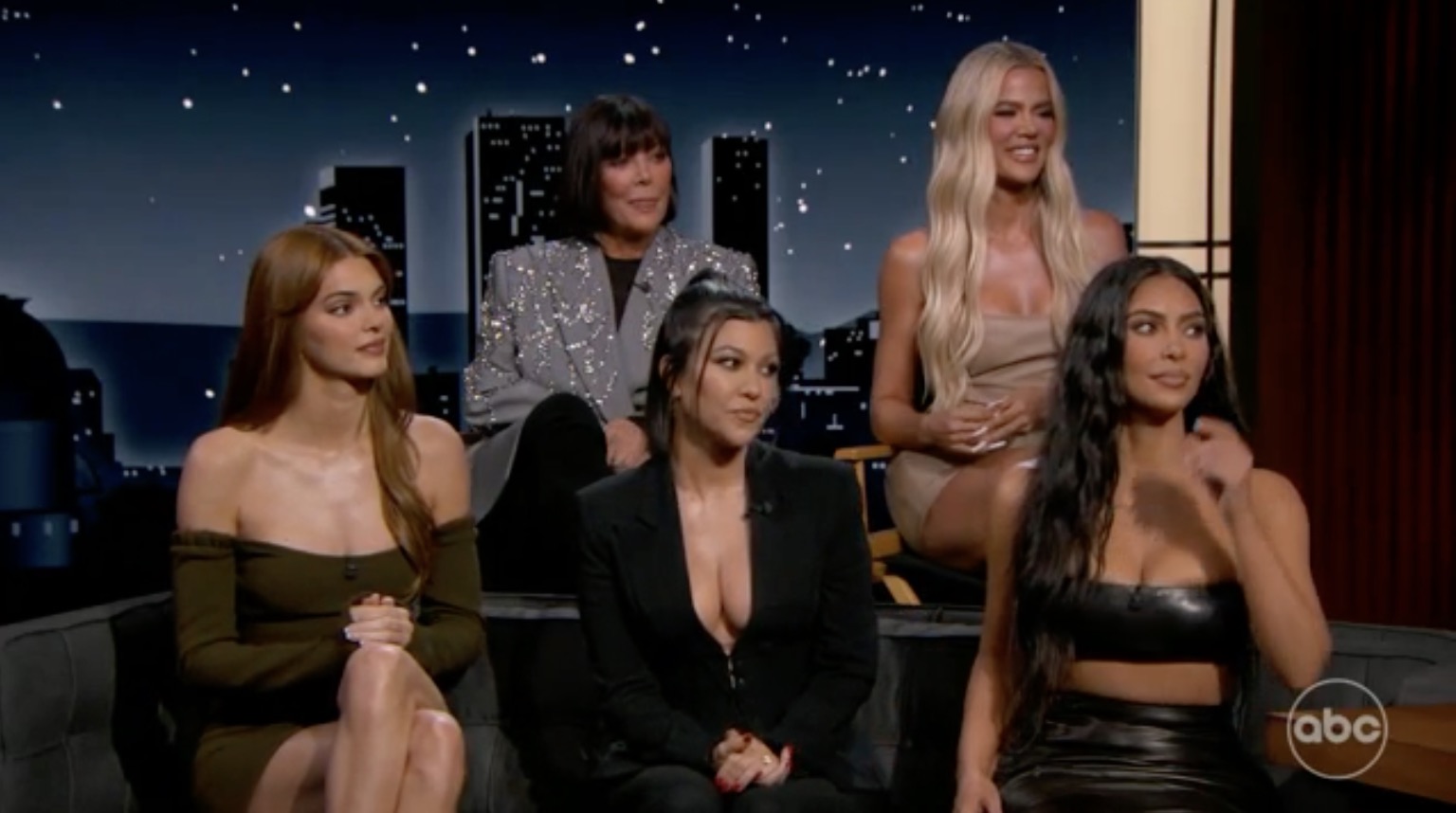 Kim made a shady comment about Kendall’s mental health in a recent interviewCredit: ABC

My kids are obsessed with my boobs after breastfeeding