A picture of the Blink-182 drummer reveals his pre-tattoo days, and fans are swooning. 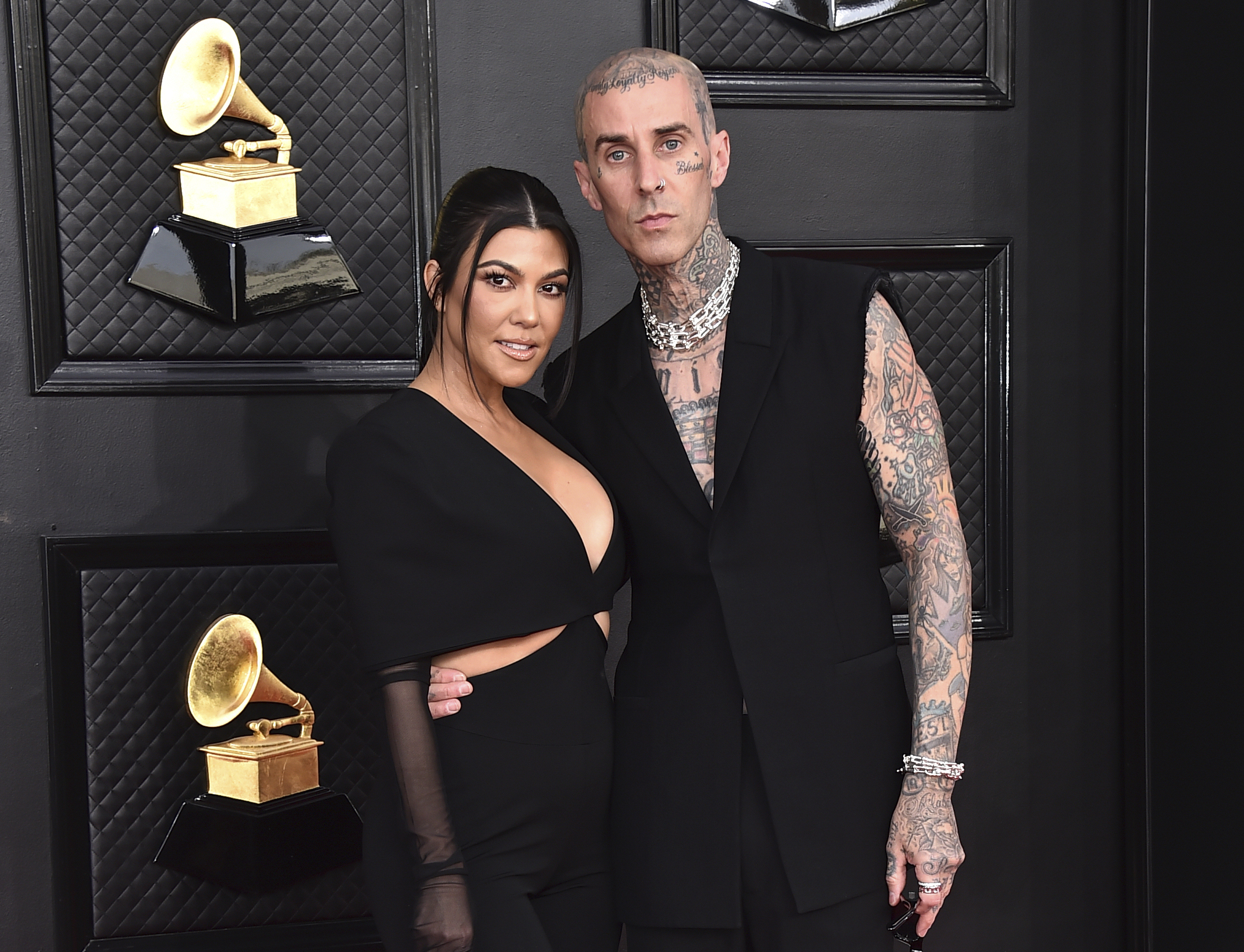 In the photo, which dates back to 1998 and his early days with the band (lead singer Mark Hoppus is on his right) the now 46-year-old is clean shaven, with simply styled black hair and wearing a classic Hurley T-shirt. 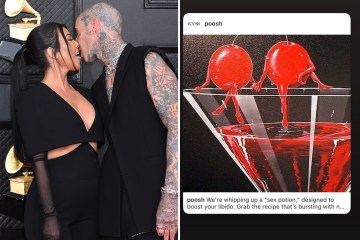 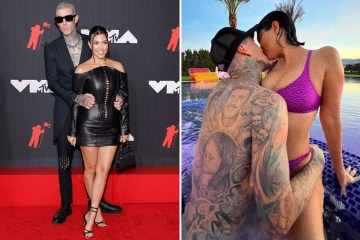 One follower wondered if this version of Travis could eventually be passed down: “I wonder if his kid with Kourt will look anything like him.

“This version of Travis isn’t bad at all.”

Today’s tattooed Travis has come under fire for losing his punk street cred, after he posted new pictures of the oversized shiny pink jacket that he wore to the Grammy awards with Kourtney.

Now fans are worried that spending so much time with the famous fashion family has “changed” the punk rocker.

Since those early high school days, Travis has strived to come across as a modern man in black, opting for the shade in many of his outfits and looks.

When he’s not wearing black, he’s normally not wearing anything at all, showing off his inked-up body from head to toe.

But on Grammy night, he covered his tailored vest and black pants with the oversized Raf Simons pink coat.

He accessorized his look with Tiffany & Co. jewelry.

On Instagram, where Travis, 46, shared his new fashion sense, followers were relentless.

“Kardashians change dudes,” one person opined. “Moon boots up next.”

“You look ridiculous,” one person wrote, while another shared: “Guy used to be punk rock…”

Another begged, “C’mon Travis….be yourself.”

While one fan brought back memories of the past: “90s Travis Barker would beat the s**t out of 2022 Travis Barker.” 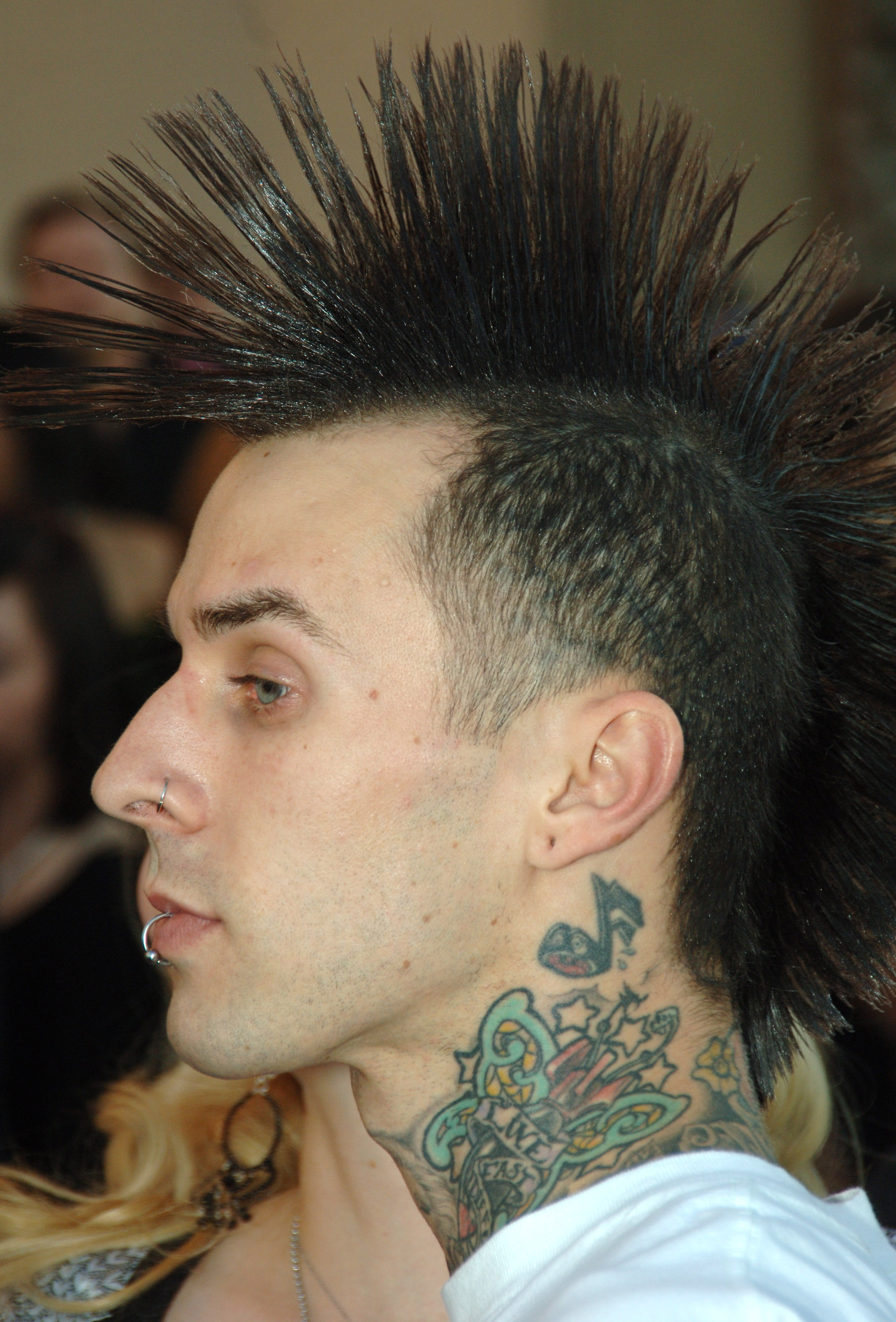 Travis has had several unique looks over the yearsCredit: Getty 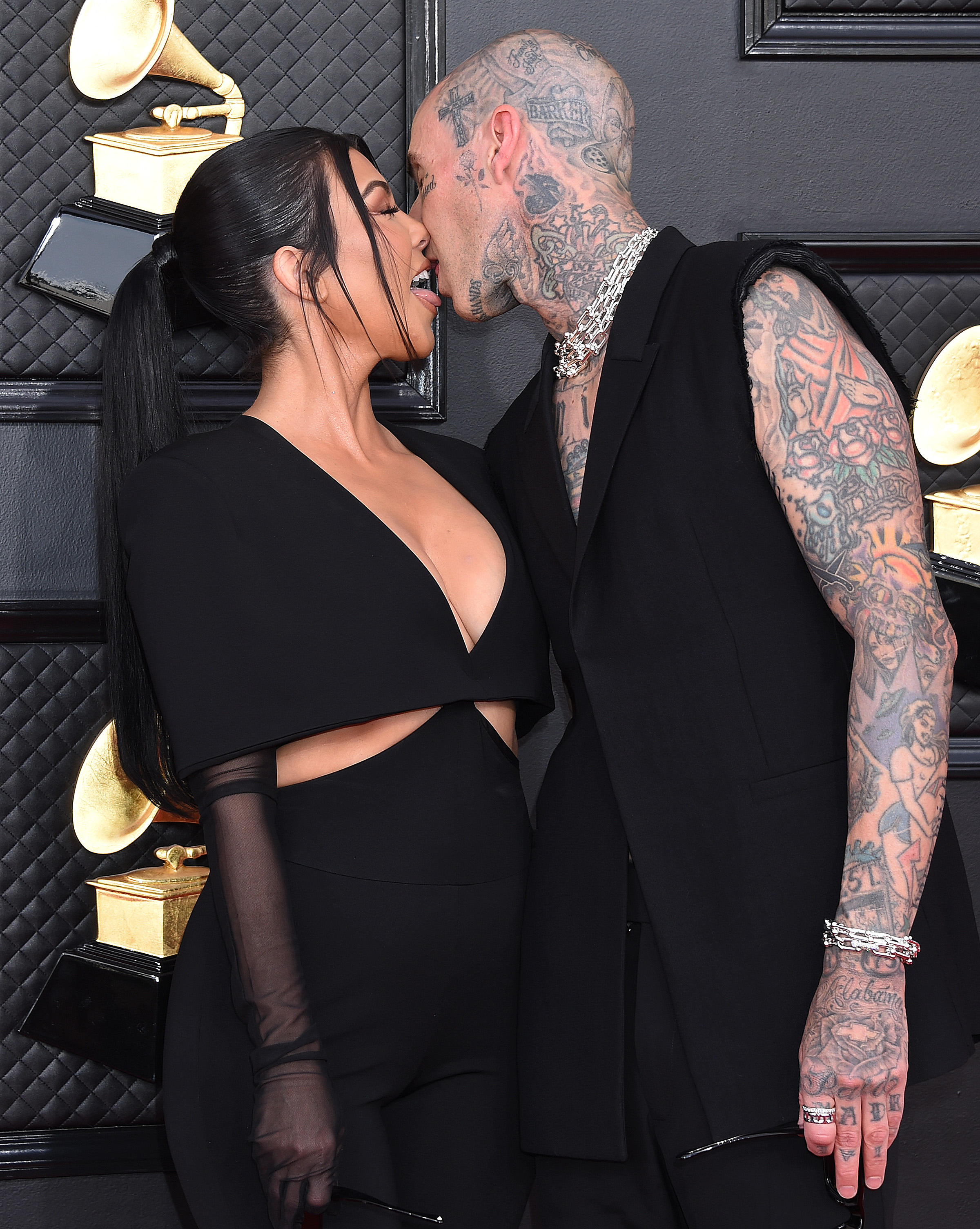 The drummer and Kourtney enjoy sharing their PDACredit: Splash 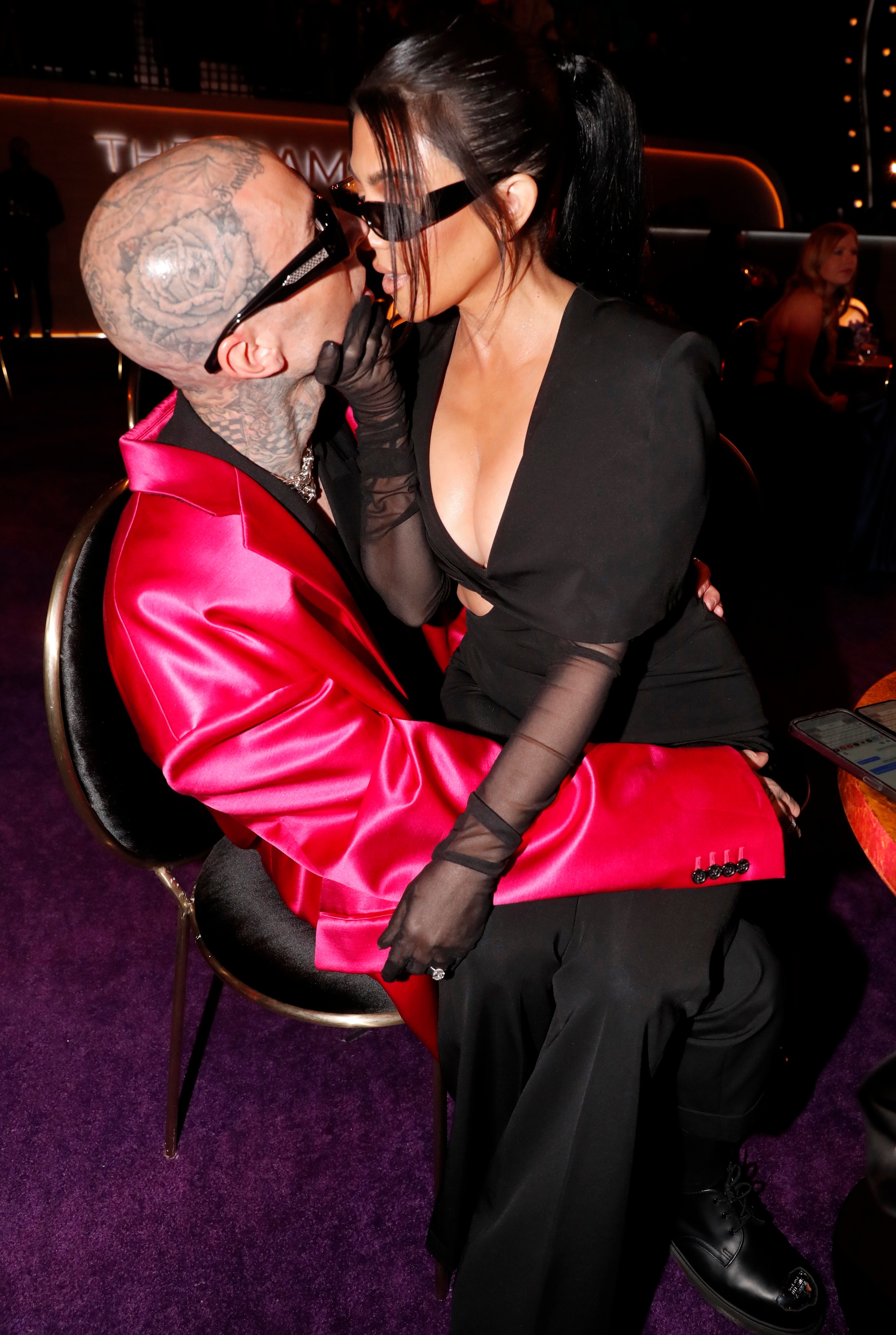 Fans have accused Travis of losing his cool by adding more color to his wardrobe since getting engagedCredit: Getty Images – Getty

CELEBRITY Gogglebox fans were left baffled by a host of new names on the show last night. Actors…
byBizLifetime
No comments

‘Scrubs’ cast and creator admit they are up for a revival

The team behind Scrubs have expressed an interest in returning to the comedy series. The hit show, which…
byBizLifetime
No comments

WILL Smith was “asked to leave the Oscars but REFUSED.” This came as the Academy earlier ruled his…
byBizLifetime
No comments

I struggled to bond with my baby and looked at him thinking ‘is this mine?’ says Towie’s Georgia Kousoulou

TOWIE star Georgia Kousoulou has admitted that she struggled to bond with her baby. The gorgeous 31-year-old mum-of-one,…
byBizLifetime
No comments