Michelle Collins has recalled June Brown’s ‘naughty’ side on the EastEnders set.

The 59-year-old actress has paid tribute to her former Albert Square co-star – who delighted fans for decades with her performances as Dot Cotton – following the soap legend’s death earlier this month at the age of 95.

Appearing on Friday’s episode of Good Morning Britain, Michelle was asked for a favourite memory of June – albeit one suitable to be aired pre-watershed.

She quipped: ‘This is difficult because it’s breakfast TV and June was a very naughty lady. She was just really funny. Somebody reminded me, once in the EastEnders canteen when I first started – she was obsessed with fitness, June.

‘People don’t really know that. She was actually really quite healthy even though she smoked.

‘She used to do her pelvic floors on the trolley in the canteen at the BBC. That’s all I’m saying. But she was great fun!’ 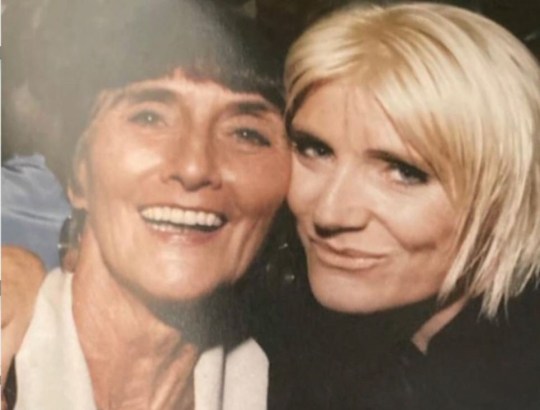 June and Michelle worked together on the soap (Picture: ITV)

Brown died at her Surrey home, surrounded by her family, on April 3, and an EastEnders spokesperson confirmed the news with a tribute to the soap icon.

‘We are deeply saddened to announce that our beloved June Brown, OBE, MBE, sadly passed away last night,’ it read.

‘There are not enough words to describe how much June was loved and adored by everyone at EastEnders, her loving warmth, wit and great humour will never be forgotten.

‘June created one of the most iconic characters in Dot Cotton, not just in soap but in British television, and having appeared in 2,884 episodes, June’s remarkable performances created some of EastEnders’ finest moments.’

They added: ‘We send all our love and deepest sympathies to June’s family and friends. A very bright light has gone out at EastEnders today but we shall all be raising a sweet sherry in June’s memory.

‘Rest in peace, our dearest June. You will never be forgotten.’

Good Morning Britain airs weekdays at 6am on ITV.

What was going on!? (Picture: ITV) Ant and Dec’s Saturday Night Takeaway took one week off air and…
byBizLifetime
No comments