KRISHNAN Guru-Murthy left fans swooning after he shared throwback photos from his days as a Newsround host.

The journalist, who is best known for his long-standing standing work with Channel 4 as a foreign-affairs reporter, first made a name for himself hosting the children’s news show from 1991 to 1994. 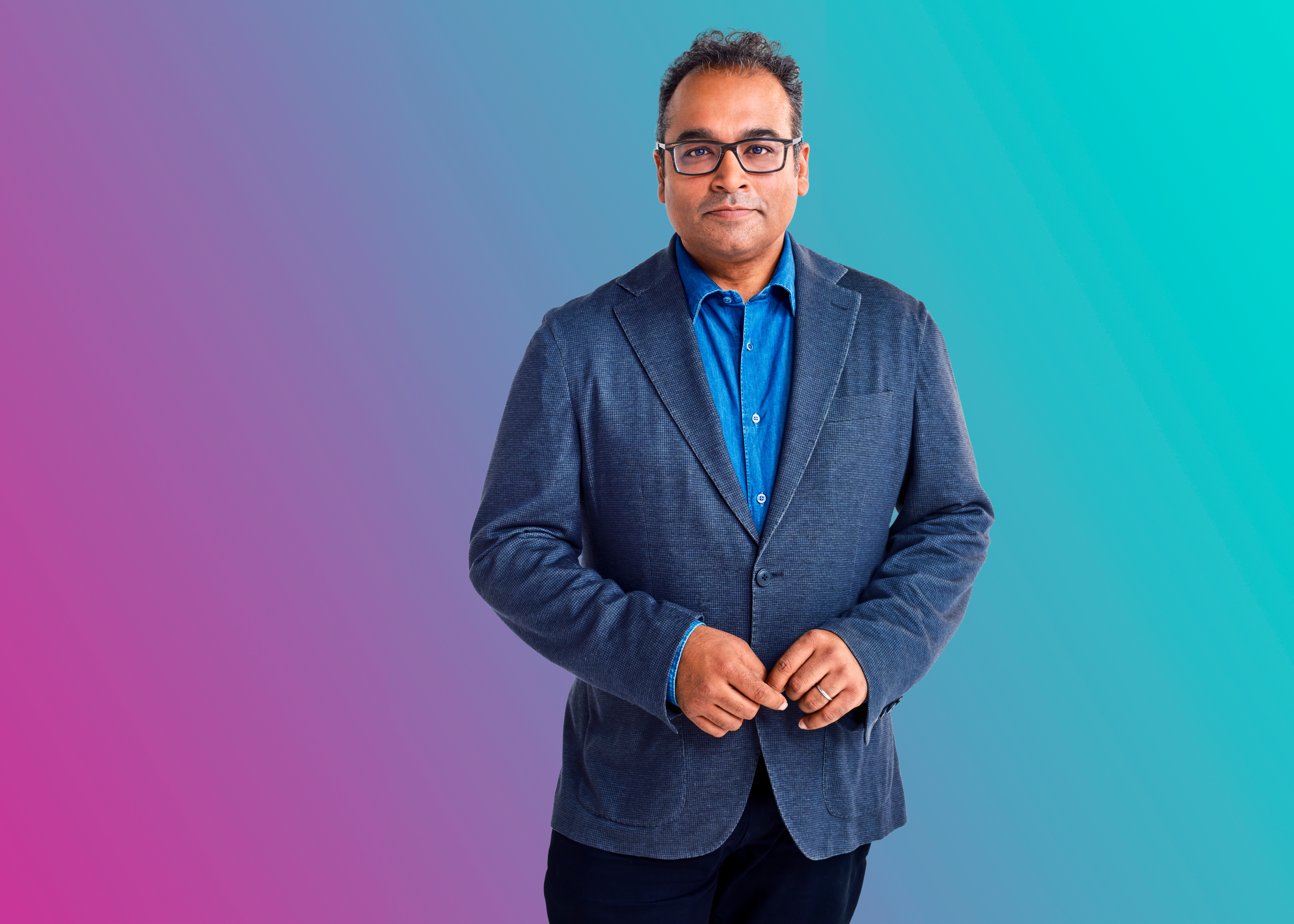 To mark the BBC programme’s 50th anniversary, Krishnan shared a series of images featuring his younger self.

Sharing throwback images from over 30 years ago, Krishnan posed alongside co-presenters Juliet Morris and Paul Welsh.

Taking a trip down memory lane, he wrote: “Lovely to hear 50 years of #Newsround marked on #R4Today – it remains one of the most important news programmes on television and it’s ethos of explaining, not patronizing and doing stories the audience care about never leaves you.”

He added in the comments: “And yes, it’s the one jumper I kept. Will sadly miss the party cos in Ukraine but will be there in spirit.”

Krishnan’s fans were quick to comment on his handsome looks back in the 90s and referred to him as “dishykrish”.

Another called him a “handsome devil” while a third thought he was ‘#dishykrish.’

A fourth posted: “You don’t look a day older.”

Another teased: “You were a handsome devil back then. Has your wife told you?”

One fan was also impressed with Krishnan’s eyecatching jumper, writing: “That jumper. Legendary.”

Another posted: “That’s a hell of a jumper, Krishnan. I loved Newsround and completely agree – it’s the first step in understanding and engaging with a world beyond your home and school. Governments talk about citizenship – this is it.”

Other fans praised the TV reporter for continuously keeping people informed with the news over the decades.

“And now we’re adults and you’re still explaining stories we really care about. Thank you,” one avid viewer said.

Someone else shared: “I love that my children watch it, as I did in the 80’s. It brings up interesting discussions at the dinner table and amazes me how much they take in and understand about what’s going in in the world.”

While still a student he presented BBC2’s Asian current affairs programmes East and Network East before moving on to Newsround which he presented from 1991 to 1994.

Krishnan continued at the BBC, moving over to Newsnight before going on to present at BBC World.

While there he covered the 1997 general election as well as the funeral of Princess Diana.

In 1998 he moved over to Channel 4 News where he is perhaps most recognised.

He is the second longest serving presenter after his colleague Jon Snow.

Krishnan has also become known for a few interviews that have gone viral.

Krishnan’s most famous interview was with Robert Downey Junior who was promoting Avengers: Age of Ultron in 2015.

When Krishnan veered onto the topic of the actor’s personal life and particularly his past substance abuse, Downey became visibly agitated before getting up and walking out declaring: “It’s getting a little Diane Sawyer in here, and you’re a bit of a schmuck”.

The interview has since been watched over 12 million times on YouTube.

MasterChef: What’s it really like to go on BBC show? Former contestant speaks out

Will there be a season 5 of Ozark?

Fans are keen to know if there will be an Ozark season 5 (Photo: Netflix) Ozark fans are…
byBizLifetime
No comments

I’m can’t wait to be a grandma and I’m so happy to be alive after years of drug addiction, says Danniella Westbrook

DANNIELLA Westbrook appeared on This Morning today four years after her cancelled interview over concerns for her wellbeing.…
byBizLifetime
No comments