Walker Scobell has been described as ‘perfect’ for the role (Picture: Getty Images for Netflix)

We have a new Percy Jackson in our midst!

Disney+ series Percy Jackson and the Olympians officially has its lead character, with The Adam Project’s Walker Scobell scooping up the role.

Fans are absolutely delighted with the casting, with many describing him as ‘perfect’.

The Disney+ series, based on the books by Rick Riordan, will follow Percy, a demigod who is half mortal human and half immortal god.

It sees Zeus accuse Percy of stealing his master lightning bolt, with the 12-year-old having to trek across America to find it and return it to Olympus.

Rick announced the exciting news, writing on his website: ‘Walker Scobell is an incredibly talented young man who blew us away with his audition tapes for the role of Percy.

‘Many of you recently discovered how great Walker is when you watched his movie The Adam Project, in which Walker lit up the screen as a younger version of Ryan Reynolds’ character.

‘We were fortunate enough to audition Walker months before that movie came out, but the film only confirmed what we already knew about his talent. It was obvious to me and the rest of the team that Walker had the perfect mix of comedic timing, sweetness, rebelliousness, snark and heroism to embody our hero Percy Jackson.

‘I got to deliver the news to Walker personally via Zoom back on Jan. 28 that he had been chosen for the part, and it was a magical moment that made me feel for the first time: “Okay, this is real. This is worth all the waiting and the hard work. This project is going to be amazing.”

‘It has been tough keeping this information under my hat because I was so excited to share the news with the fans!’ 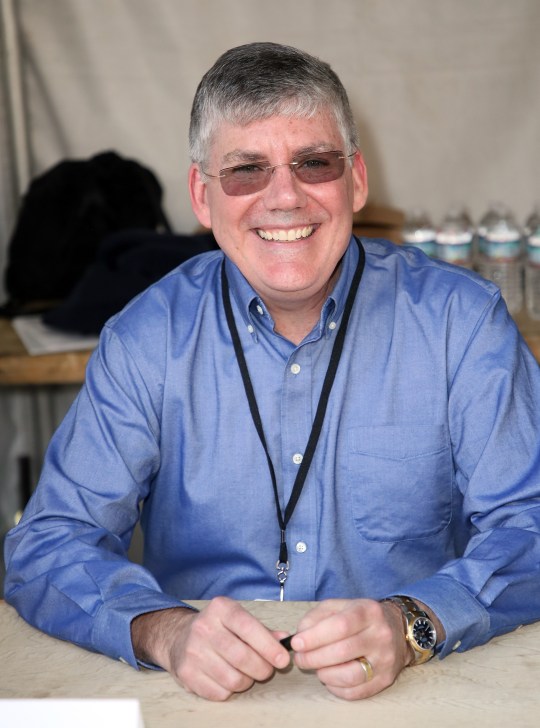 Rick added that Walker, 13, has been in chemistry reads with candidates for Annabeth and Grover and that those two roles are also very close to being cast.

He went on to tease that the teenage actor ‘is going to surpass your highest expectations from the very first line of the show.’

tfw youâve grown up with these books and now youâre going to be percy jackson ð¥ºð¥º pic.twitter.com/OVlZo3MmYx

No but this is such perfect casting. Walker Scobell did amazing in The Adam Project and heâs gonna do so great in Percy Jackson ðð½ðð½ #PercyJackson pic.twitter.com/gcVP9IEb5B

Fans are absolutely thrilled by the casting, with one writing: ‘No but this is such perfect casting. Walker Scobell did amazing in The Adam Project and he’s gonna do so great in Percy Jackson.’

‘Walker scobell was made to be percy jackson,’ another said, while one more added: ‘Our new Percy Jackson is perfect! I can’t wait for the rest of the casting!!!’

The first of Rick’s novels, Percy Jackson & The Olympians: The Lightning Thief, was adapted into a film in 2010, starring Logan Lerman as young Percy.

He was joined by Alexandra Daddario as Annabeth Chase and Brandon T Jackson as Grover Underwood, with a sequel being released in 2013.

Rick is writing the pilot for the Disney+ series alongside Jon Steinberg, with James Bobin directing.

Jeffrey Dean Morgan has joined the cast of The Boys for Season 4 in a mystery role. Probably…
byBizLifetime
No comments