Little has been talked about more in the last few days than all the happenings at the Oscars. Lots of memes created, the bad and controversial seemingly overshadowing all the cinematic achievements and wholesome moments that the Academy Awards had to offer. But we shall not let the good be forgotten much longer!

The tribute to Betty White touched most of us, bringing in a sense of nostalgia. But actress Jamie Lee Curtis was presenting a piece with a mission – to find a pup, named Mac N Cheese, a new home, as a gift to Betty’s life-long devotion to animals. And the dog didn’t have to wait long, as John Travolta said “You’re the one that I want!”

Can’t wait to read all your comments at the end of the article and also, as is now tradition, here is a phrase I’d like to see you write: “macaroni cured my depressioni” to show your love and support and keep me writing on these stories, but for now, let’s get into the details!

A tribute made to Betty White, a Hollywood legend, could not be complete without a puppy

A short, yet beautiful, tribute was paid to late Hollywood legend Betty White, who passed away a couple of months ago at 99.

In the Memoriam portion of the Oscars ceremony, Jamie Lee Curtis, an American actress, writer and acclaimed scream queen, took the stage to honor Betty.

Jamie said that “she was not only a Golden Girl, she was a legend. She brightened every room she walked in and brought a smile to all who watched her on the screen day in and day out, for almost a century.”

The little light brown pup, affectionately named Mac N Cheese, was the focus of the tribute, as Jamie Lee Curtis spoke on Betty’s love for animals 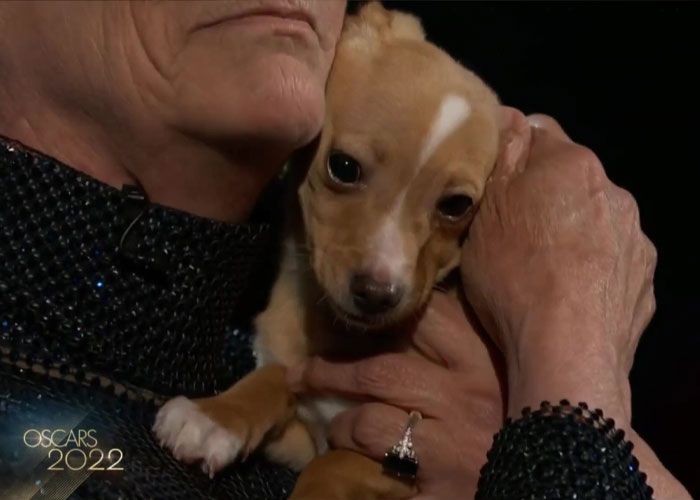 But Jamie was not alone; there was a tiny light brown pup cradled close to her heart, trying its best to observe each and every little detail.

The actress explained the presence of the companion: “[Betty] was a woman who cared so much for not just her two-legged friends but for animals just like this one. So, the greatest gift you could give Betty White is to open your heart and your home and adopt a rescue dog just like Mac N Cheese from Paw Works.”

She ended her statement referencing the iconic Golden Girls theme song: “Thank you, Betty, thank you for being a friend to us all.” Short and sweet, yet full of purpose was her message, showing great emphasis on Betty’s second passion in life. 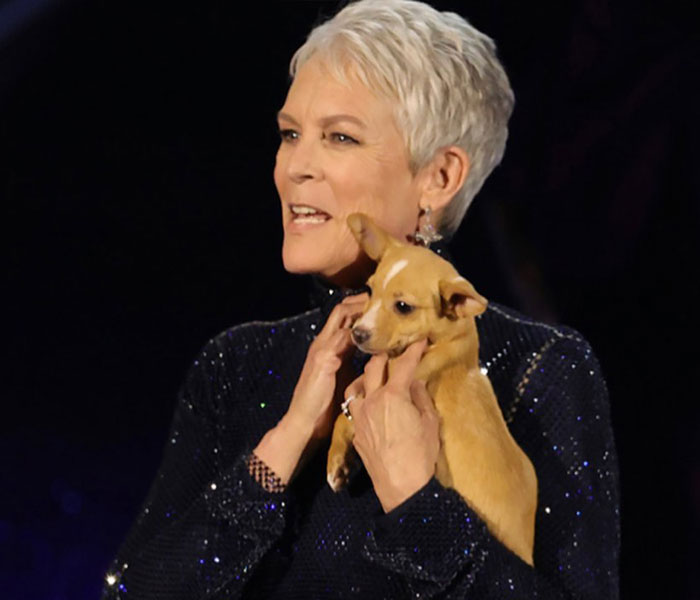 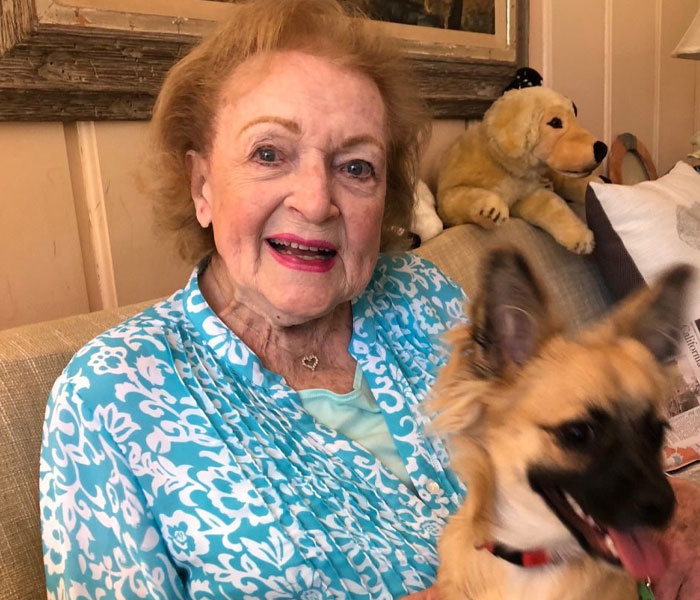 To each and every one of you who’s been living in a pineapple under the sea, here is a small run through of Betty’s life. She was born in Oak Park, Illinois, rising to fame in the 1950s.

What she’s most known for are her roles in The Mary Tyler Moore Show and the iconic Golden Girls. She had also been inducted into the Television Hall of Fame.

Regardless of Betty’s amazing acting talents, she’d also been known for her love and tireless efforts on behalf of animals. When James L. Brooks offered her the role of Helen Hunt’s mother in As Good as It Gets, Betty turned down the role because she objected to the treatment of the dog in the film. 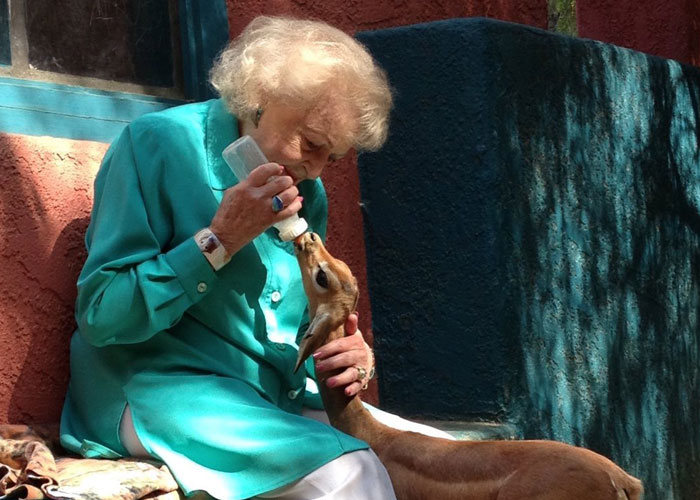 She worked with countless organizations, including the Los Angeles Zoo Commission, the Morris Animal Foundation, Actors & Others for Animals and more. She famously said: “You can always tell about somebody by the way they put their hands on an animal.”

After her passing, the #BettyWhiteChallenge was started, encouraging people to donate to animal shelters in her honor.

Shelters across the U.S. said they were flooded with donations on what would’ve been Betty’s 100th birthday on January 17. It is highly inspiring to see a legacy continue to inspire good deeds and love, which brings us back to the story at present. 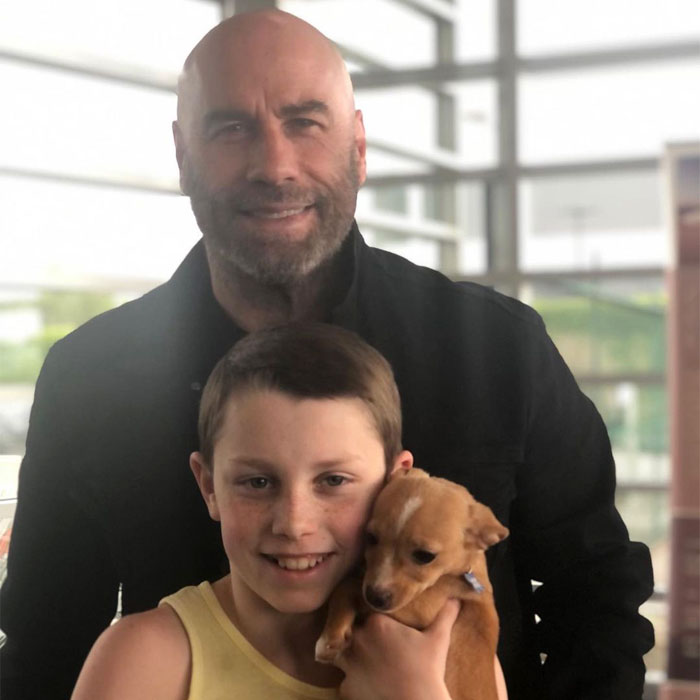 The puppy Jamie brought during Betty White’s tribute has officially found a new home, and with none other than the Travolta family.

John, most famous for his roles in Pulp Fiction, Saturday Night Fever, Get Shorty, and Grease, posted a picture on his Instagram after the eventful night at the Oscars with him and his 11-year-old son holding Mac N Cheese with bright smiles on their faces.

The caption read: “Ben adopted this dog from last night’s Oscar tribute to Betty White.” The post has since garnered more than 214,000 likes in less than 24 hours after it was published.

The outcome touched many people, especially Jamie, who’d been friends with Jon for the longest time 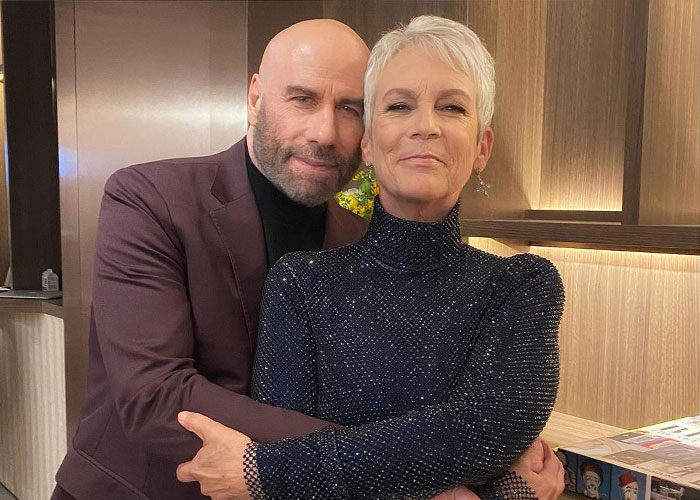 People were very touched by the outcome, Jamie reposting the picture on her own Instagram account, relishing the fairytale ending for the pupper.

She said: “It is an emotional end and a perfect tribute to Betty White and it shines a light and amplifies the message that rescuing animals and offering them shelter from the storm of life and a warm and loving home is one of life’s most important actions we humans can take! #adoptdontshop”

The colleagues and friends, who’d previously worked together on Perfect, met up at the Oscars, where John had the perfect chance to meet and acquaint himself with the pup.

The two had the chance to get acquainted at the Academy Awards, clearly forming a bond in the process 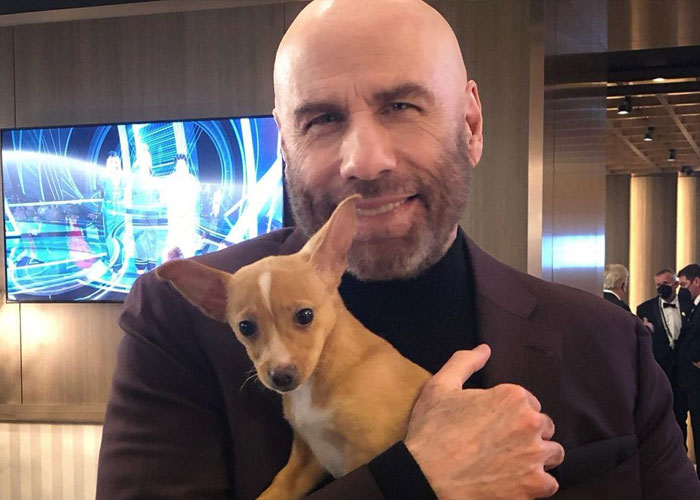 Paw Works, the shelter which homed the pup previously, expressed their joy, saying he was the “biggest winner of the night” 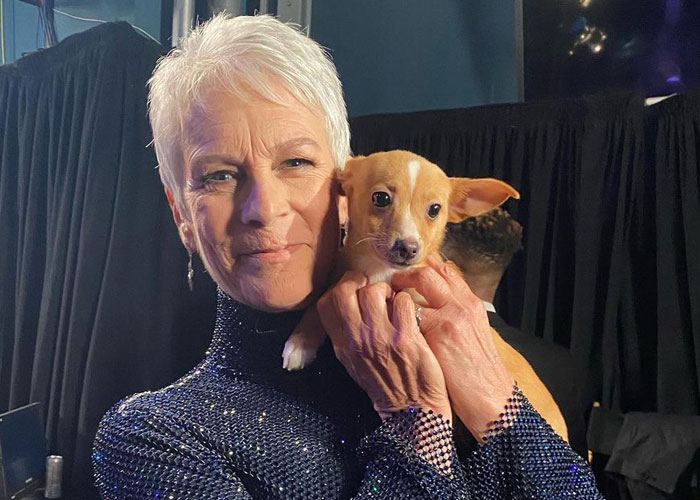 Paw Works, the animal shelter which previously homed Mac N Cheese, also shared photos of the dog and its new family on Instagram, saying that “on a night of winners and losers, we think Mac N Cheese is the biggest winner of all!” We could not agree more, as there is nothing more special than finding a new best friend and a new home.

Thankfully, this Mac N Cheese can be enjoyed every day for the rest of its life without fears of potential weight gain or high cholesterol.

The joy and importance of adoption still needs to be voiced, however, we hope that this will be the start of many new beginnings for animals residing in shelters 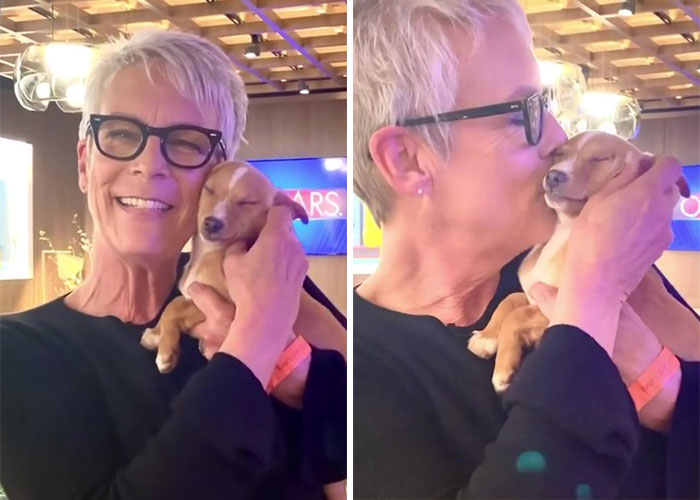 The importance of adoption cannot be understated. By adopting a pet from an animal shelter or rescue group, you’ll help save the lives of two animals, not just one: the pet you adopt and a homeless animal that can be rescued because of the space you’ll make available.

Dog breeding has been the subject of ethical debate for years now, with countries such as Norway banning the breeding of English Bulldogs and Cavalier King Charles Spaniels (you can read more about that here).

Abandonment of animals and genetic manipulation of our furry companions are just a few reasons why adoption should be considered before purchasing a pup, fueling money into a potentially damaging cause.

Betty White’s legacy continues, inviting positive change to the world of those that completely depend on it 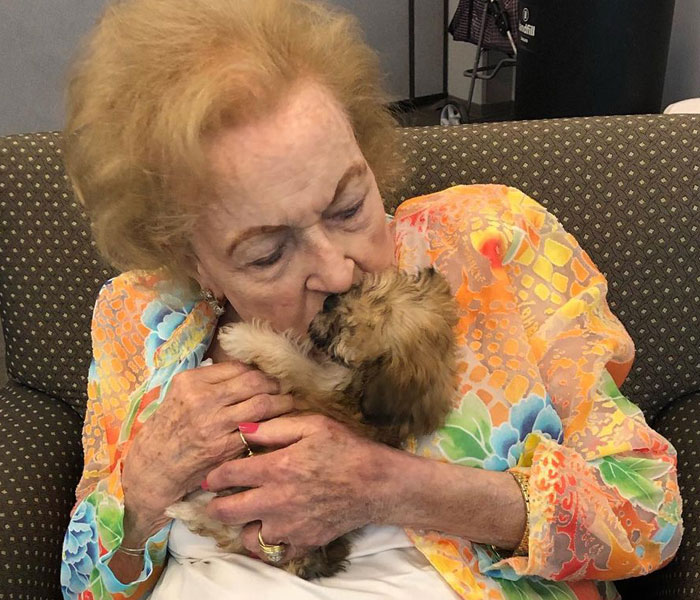 Since Betty’s passing, a phenomenon was born, called the “Betty White effect” as animal lovers started donating to zoos and shelters, showing support for those that solely depend on it.

John Travolta and his family became one of many to follow in the footsteps of Betty, showing love and compassion to an animal and becoming an example of how we all ‘better shape up!’

Again, let us know what you thought of the story! Would you name your pet after a food item? Otherwise, I bid you adieu and until the next one!

People loved this Oscars moment, wishing it got more traction than some others. What did you think? Leave your comments below

DOCTOR Who is set to unveil the latest companion for the hit show TONIGHT. Fans of the programme…
byBizLifetime
No comments

Love Island stars who dramatically QUIT the villa as Jacques O’Neill walks – so, how many do you remember?