SAS: Who Dares Wins Shylla emotionally opens up about racism

A SAS: Who Dares Wins recruit opened up about her struggles with racism after being voted the most untrustworthy recruit in the cohort by her fellow recruits.

The series follows the intense physical challenges recruits are put through, as well as the mental battles they individually face on the way, under the gruelling heat of Jordan as they fight through the special forces training course.

Recruit number 18, Shylla, shared an emotional moment with new DS Remi Adeleke in a powerful mirror room interview where she confronts a lifetime of racism that has affected her.

The mirror rooms typically allow the recruits to open up about their emotional trauma to the DS, showing another side that may not be explored during the challenges, and often reminding the recruits about why they had put themselves through the course.

The 33-year-old semi-pro footballer, became emotional after the other recruits voted her untrustworthy, however, it led her to open up in a way she hadn’t before, sharing how her social anxiety and hiding her emotions affected her.

‘Just growing up as a Black girl, I used to get stereotyped as the angry black girl. And I’ve just always been made bad, slapped with emotions,’ she shared to DS Remi and Rudy Reyes.


Shylla was voted most untrustworthy by her fellow recruits (Picture: Pete Dadds/Channel 4) 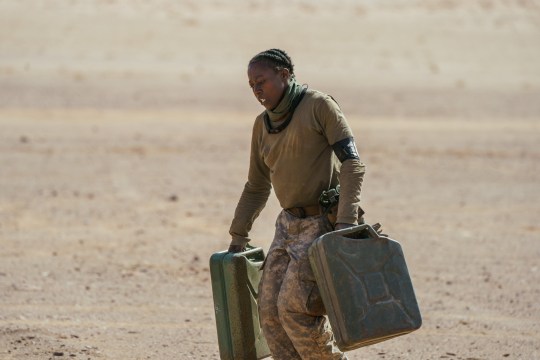 ‘So I just found it easier to not express myself, just gradually just be quiet and not react to things.

‘Because whenever I react, it’s like someone would tell me to calm down before I even said two words.

‘The ugly Black girl was such, and just never having any confidence in myself,’ she emotionally said. 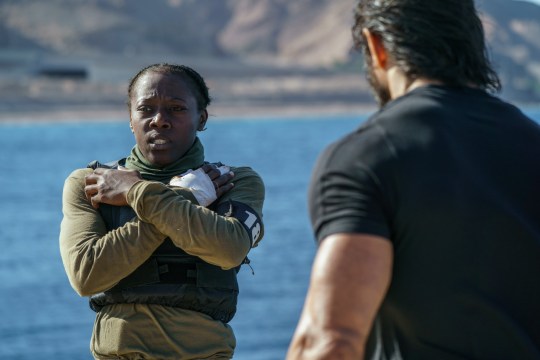 Remi replied, asking her to hold her arm out and show that they’re both the ‘same colour’, and explained how being Black has affected his life.

‘The last thing I’m going to do is allow that to affect the rest of my day. Because when I do that, I’ve allowed racism to win. You understand that?’

‘Here, it’s not about race. It’s not about gender. It’s about performance. And you have performed top-notch,’ he encouraged.

According to Shylla’s SAS: Who Dares Wins profile, she had always been described as ‘shy and quiet’, and suffered from selective mutism as a child.

However, despite her ‘crippling shyness’ being mistaken for rudeness, and sometimes being characterised as the ‘angry Black woman’, Shylla’s experience as a recruit allowed her to show her true personality without the nerves that she used to have about fears of people misinterpreting her.

Speaking to Metro.co.uk and other publications about the mirror room moment with Shylla, Remi shared: ‘She was voted the least trustworthy person and she had a really, really big-time meltdown and I was standing there watching on and I decided to pull her aside and just say, “What’s going on?” and she began to open up to me a little bit about her past and how she’s been rejected so much. 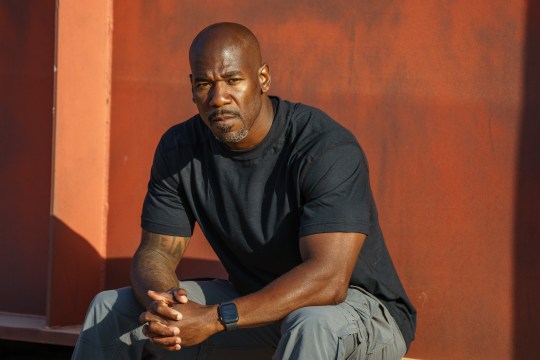 Remi shared a moment with Shylla after being able to identify her struggles with his (Picture: Channel 4/Pete Dadds)

‘I was able to identify with her on so many levels, one obviously I’m African-American, she’s Black, so the connection was obviously there, but then also having been rejected so much in my life…’

‘I was born in Nigeria,’ he explained, ‘and the Nigerian government stripped our family of everything.’

‘So I faced rejection,’ he added, ‘and I was really able to identify with her.’

Remi continued: ‘Fast-forward to that mirror room, I was just able to capitalise and double down on what I’d said out there, and you could see that she got the connection.

‘She felt like this guy is just sharing words from what he knows and what he has experienced, and I think that played a role and she began to change gradually from there.’

SAS: Who Dares Wins airs Sundays at 9pm on Channel 4.

JEOPARDY! fans were rocked when Ryan Long won his 9th game Wednesday. But not before a banter blunder…
byBizLifetime
No comments

Which Dated And Related couples are still together?

The Dated and Related cast have revealed what actually happened after the series finished filming last year, and…
byBizLifetime
No comments

BBC Breakfast viewers were brought to tears after touching tribute to Queen Elizabeth II. The longest-serving monarch in British history…
byBizLifetime
No comments