BLINK and you’ll miss them, but some of soaps’ longest running ‘characters’ are in fact background artists.

This week we revealed a Coronation Street extra who worked on the set twice a week for 36 years was sacked for using his phone to take a photo with Andi Peters.

A Coronation Street extra who has worked on set for 36 years was fired for using his phone to take a selfie with Andi PetersCredit: News Group Newspapers Ltd 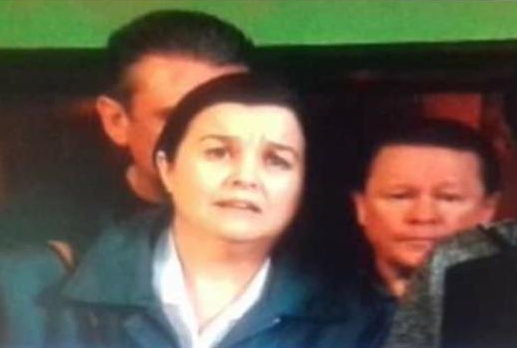 Matthew Davidge, 54, from Bolton snapped the pic while on a loo break during filming.

He was subsequently fired by his acting agency, Industry Model Management, for breaching his contract which bans actors from using their mobiles on set.

He was left “speechless” after he was let go, and said he doesn’t know how he’s going to pay his bills, having made £180 a week on Corrie.

Matthew isn’t the only long-standing extra in soapland. Here we reveal the long-serving background stars who have won the hearts of viewers. 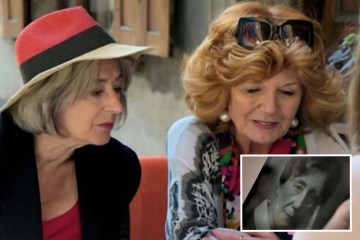 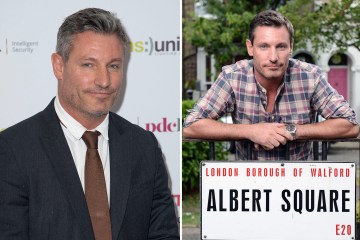 Actor Ben Champniss, 37, has played a market stall trader on Albert Square since 2014.

He’s renowned among fans for his trademark mod hairdo and trilby hats.

In fact he proved so popular that he was eventually given a name – Shrimpy – and is now involved in the odd plot. 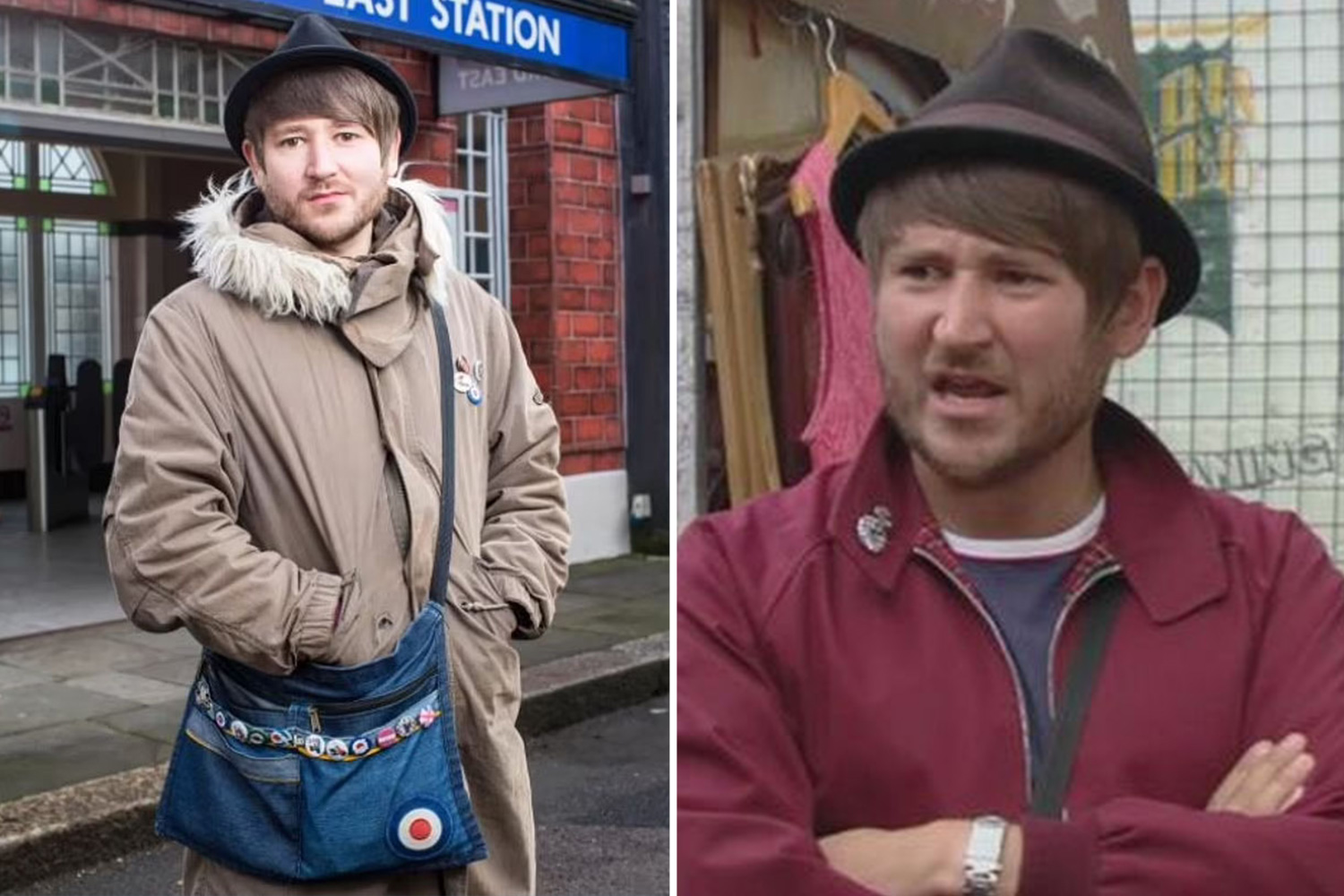 Ben, who has also had background roles in the Harry Potter films, welcomed a baby boy with his wife Georgia last year. 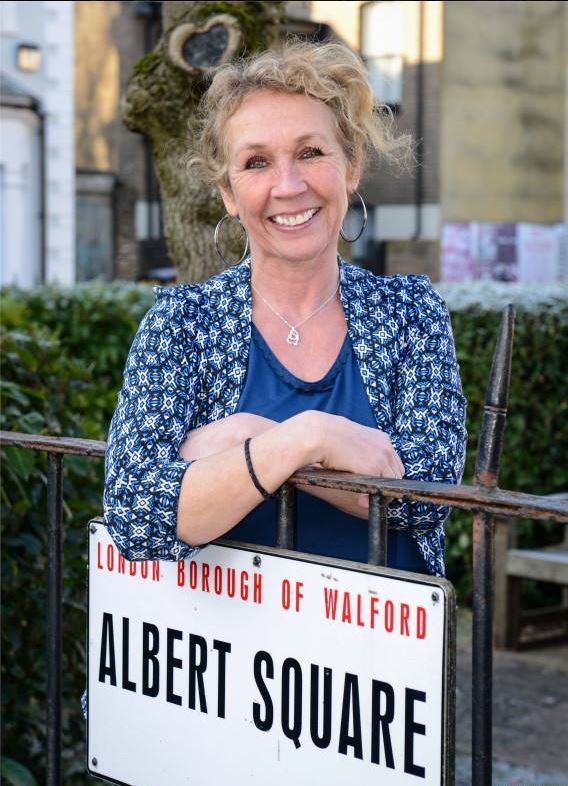 Tracey has worked on EastEnders for almost 40 yearsCredit: BBC

Barmaid Tracey is a Queen Vic staple and has been a Walford regular for 37 years.

Played by Jane Slaughter, she went years barely saying a word, which became something of a long-running joke – until in 2017 she was given a plot-line and backstory.

Fans learnt that poor old Trace had been going through a divorce and battling cancer – and was suffering in silence.

Later that year fans were furious when Tracey was sacked from her bar-tending role by Woody Woodward (Lee Ryan), but she was quickly offered another job.

In February 2020, she revealed to Mo Harris that she’d slept with Phil Mitchell, leaving fans gobsmacked.

Actress Jane, 61, is more than happy to be a mute character, previously saying: “I couldn’t be happier. I’ve always had enough to keep me interested, but it’s not all-consuming.” 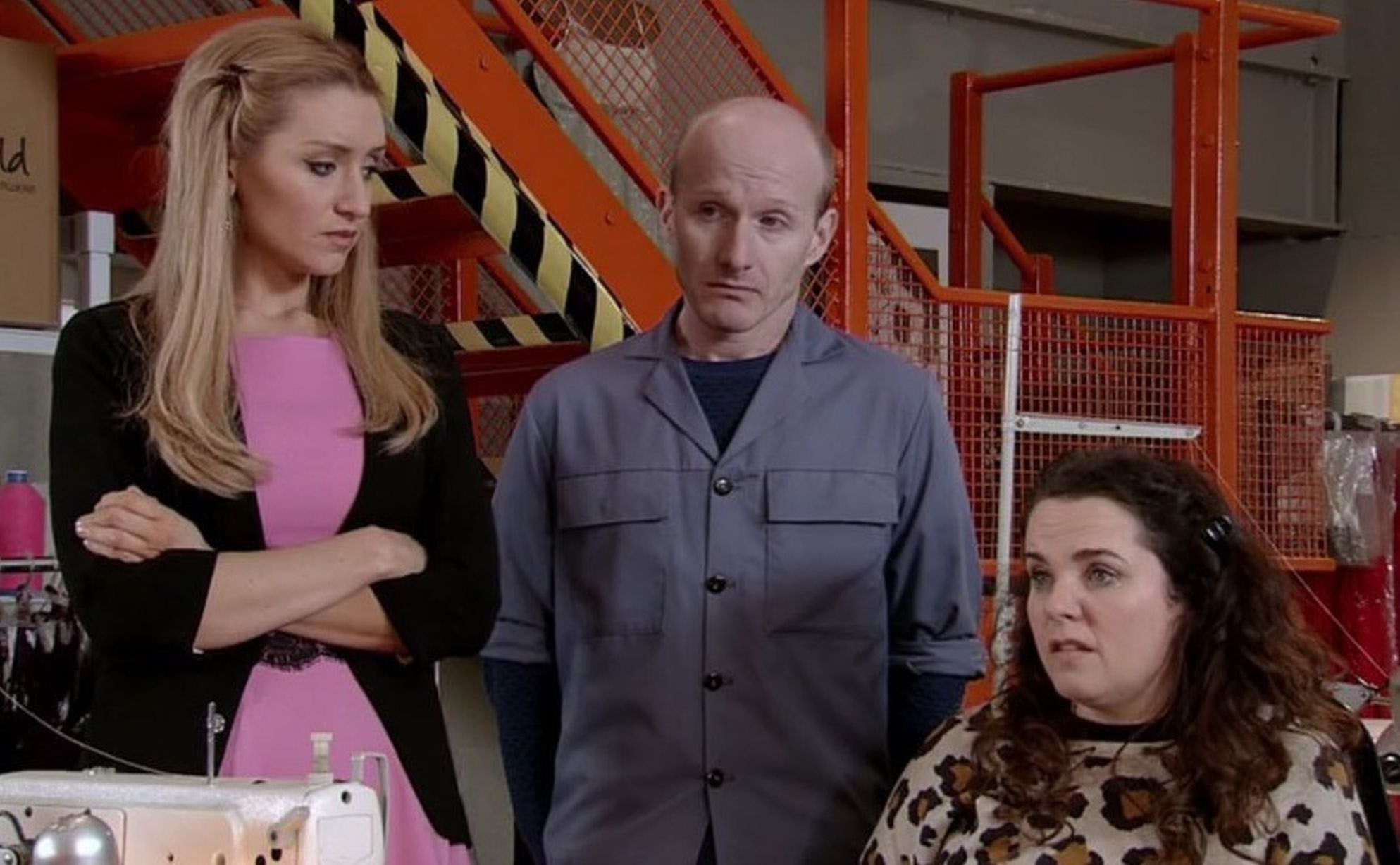 Manchester-based Adam Blease, 42, has worked on Corrie for over a decade as knicker stitcher Dirk at the Underworld factory.

Although he’d featured in the background of some pretty big scenes, Dirk was thrust into the limelight a few years back when viewers thought that Fizz (Jennie Alpine) had mistakenly called him “Kirk” – another Corrie favourite.

Jennie hadn’t muddled the names, but frenzied fans were quick to take to Twitter – and Dirk even ended up with a cult following and his own hashtag as a result of the #DirknotKirk campaign. 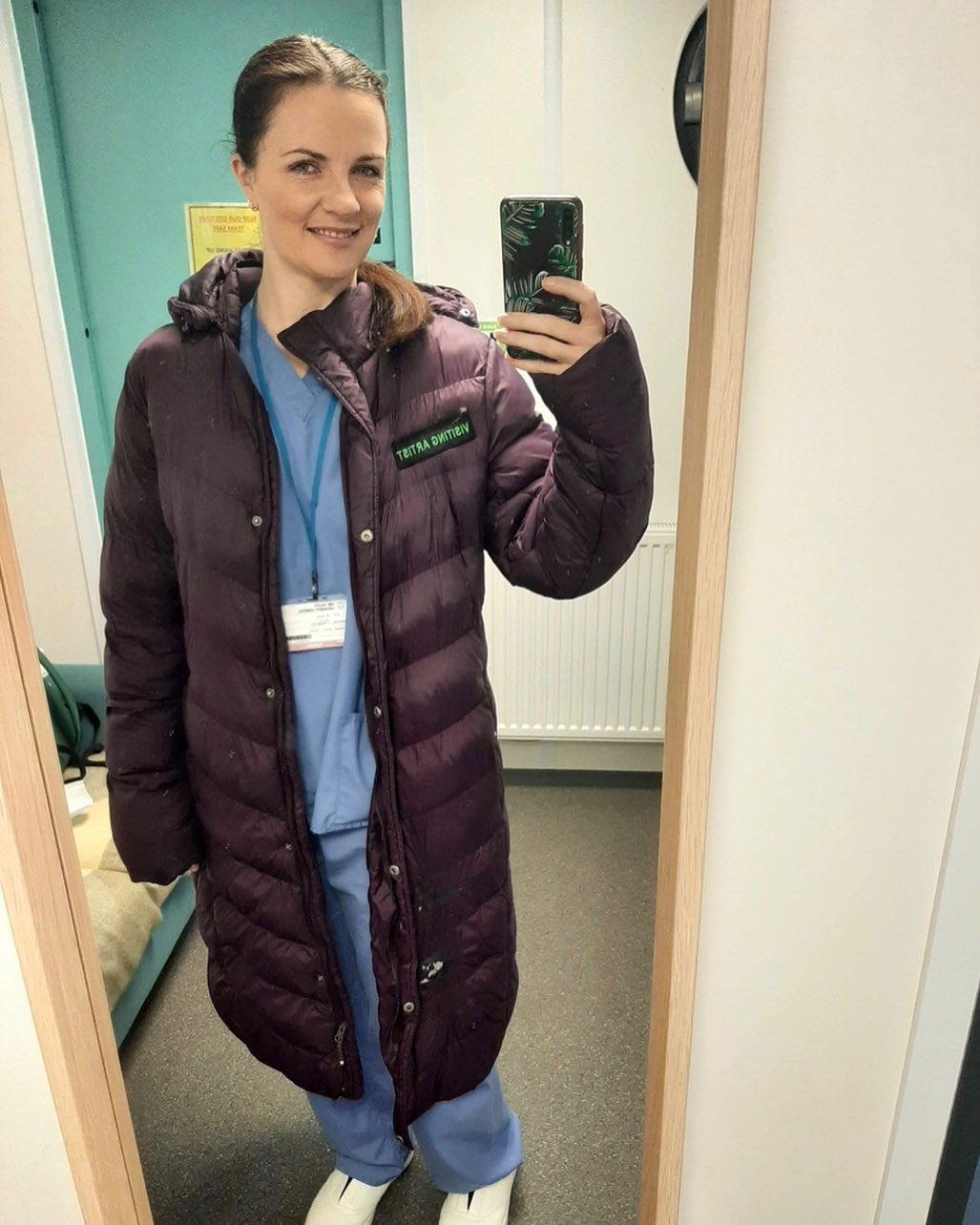 Gemma Lawman has worked on Hollyoaks since she was 17Credit: Instagram / Gemma Jones

Gemma, the soaps’ longest-standing extra, has seen her character evolve over the years from a barmaid in the Dog in the Pond – before it burnt down – to a waitress in Tony’s Il Gnosh restaurant.

When that also went up in flames, she appears to have retrained as a nurse – and now enjoys the odd few lines. 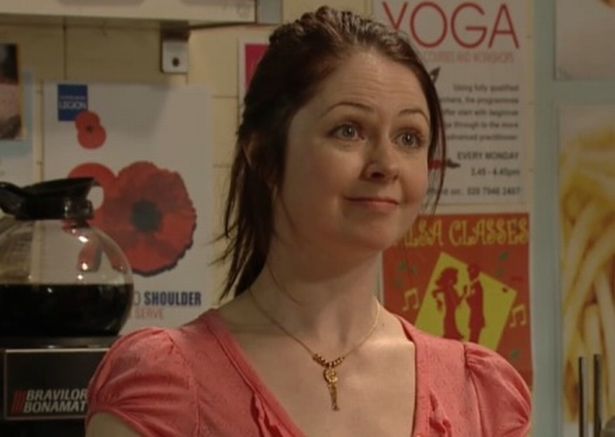 Marie gets the odd line on EastEndersCredit: BBC

Marie Evans has been a favourite in Walford’s beloved ‘caff’ since 2003 and regularly dishes up “two teas” to thirsty locals.

She is played by actress Elizabeth Sweet and, like Tracey, didn’t speak for years until 2016, when the late Tina Carter (Luisa Bradshaw-White) asked her to cover her shift.

The dedicated server decided she didn’t want the extra hours and moaned: “Can’t someone else do it?”

She piped up again last month to slap down Kim Fox (Tameka Empson) when she tried to get away without paying for her drink – much to the delight of fans. 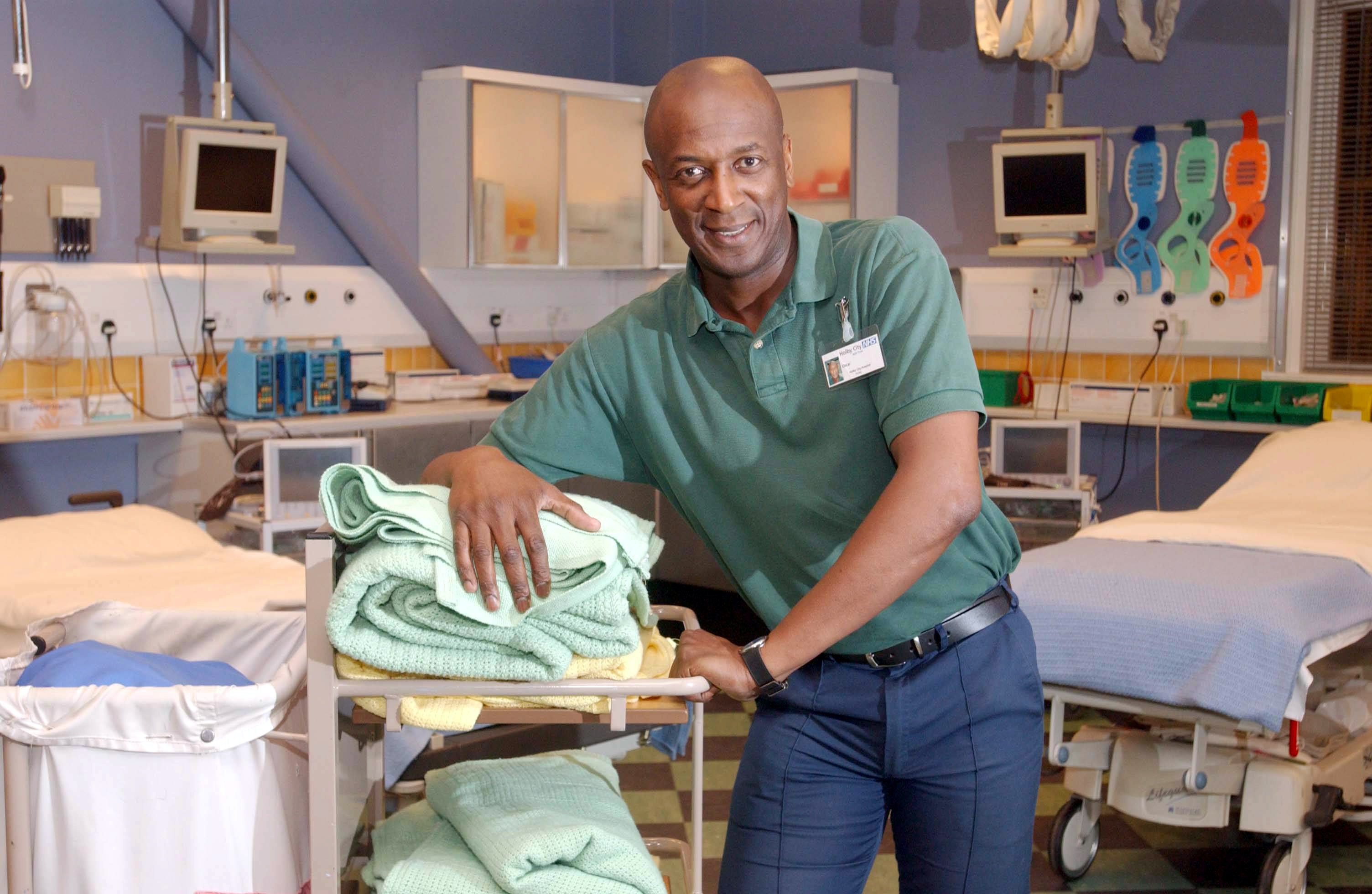 Paul has worked on Casualty on and off since the 80sCredit: SWNS:South West News Service

Paul Anderson first took to the set of Casualty in the 1980s to play a junior doctor but later made a return to play the role of hospital porter Oscar – who he’s now played for over three decades.

Since 1986, Bristol-based extra Paul has experienced it all – including train crashes and even a plane explosion.

Paul had a traumatic experience at hospital in real life, after being struck down with pneumonia in 2012 and having to take time off.

Luckily, Paul recovered – and even had a bit of fun while he was on the ward.

He said at the time: “I have had a good laugh with all the staff here – especially the hospital porters – because a lot of them know I am in Casualty.” 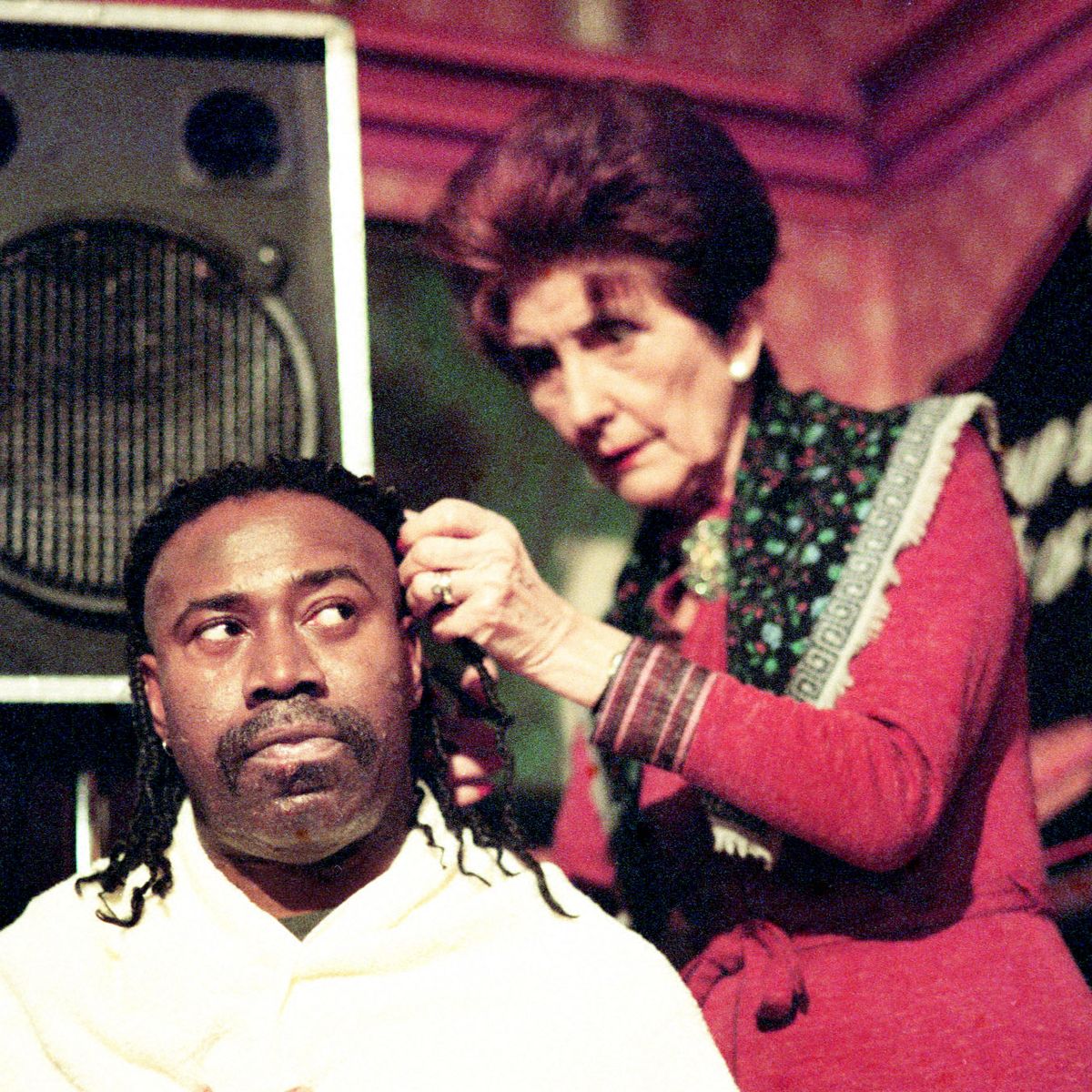 Winston was a market trader on EastEndersCredit: BBC

TV fans may recognise actor Ulric Browne from other roles, including The Bill – but he is best known for playing Winston, a music stall owner on Walford’s market.

Ulric held the long-standing role from 1985 and, although he only has the odd line, hard-core EastEnders fans still love him.

Just because Winston is on the quiet side doesn’t mean he hasn’t had his moments.

Winston’s highlights include having his head shaved by Dot Cotton (played by the late June Brown) in the Queen Vic for charity and ruining the pub’s Royal Wedding party by accidentally unplugging the television.

Ulric ended his stint in 2019. He previously said of his role: “I’m in about 90 per cent of episodes so everyone knows my face. I find it’s really handy when I’m trying to get a good table in a restaurant.

“Obviously, I’d like more lines but I am just happy to be on a show I enjoy.” 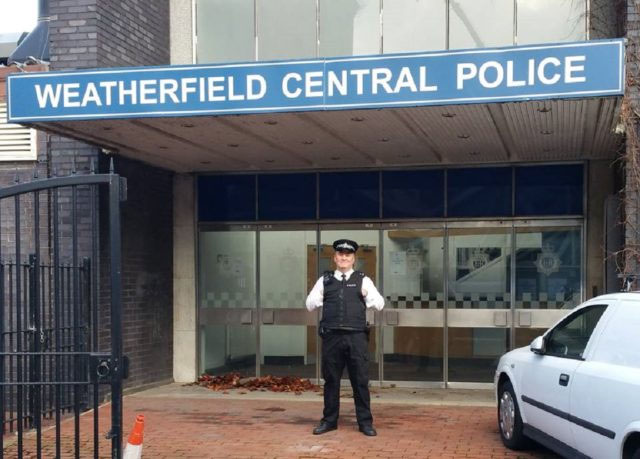 Colin nearly always plays a police officer, and was awarded TV Soap Extra of the Year in 2018 after a public vote.

He was presented the award by Corrie’s Sean Tully actor Antony Cotton. 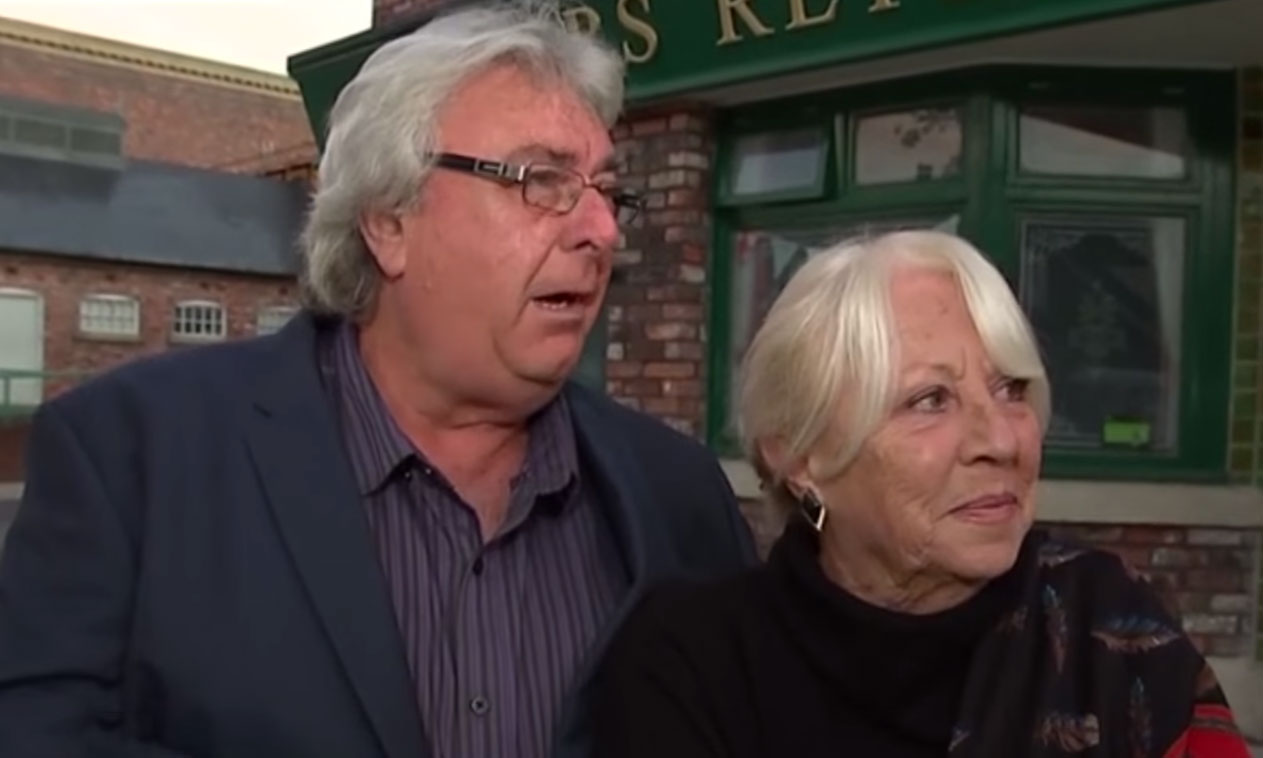 This married couple appeared on the cobbles for over 40 yearsCredit: ITV

If you’re a Corrie fan, chances are you’ve spotted these two numerous times over the decades.

Joel David and Maureen Seaberg first appeared on the show in 1974 and became the soap’s longest serving extras.

The real-life married couple, from Darwen, Lancashire, both applied to be extras for ITV back in 1973 and have been featured ever since.

They memorably cropped up in the background at Roy and Cathy’s ill-fated wedding.

Maureen claimed the secret to being a good extra on set was “quiet shoes”. 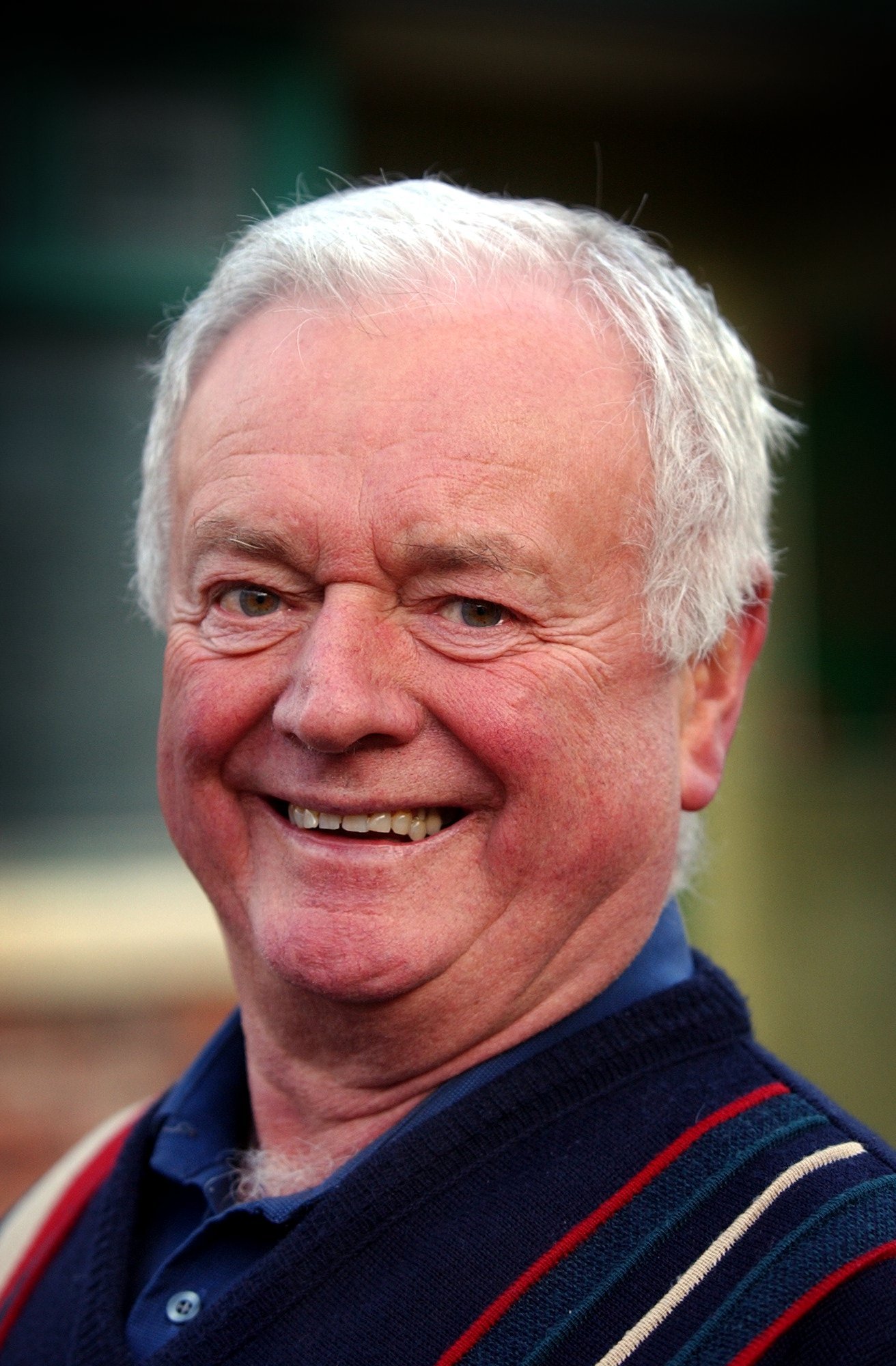 Chris Canavan first appeared as Corrie’s Dusty back in 1962 – and was the first customer to visit both the old and new versions of the Kabin corner shop.

Much-loved Dusty also worked on a building site owned by Len Fairclough and Ray Langton and could often be spotted in Coronation Street hotspots The Rovers and Roy’s Rolls.

When he wasn’t playing Dusty, Chris owned a cleaning company – but he always said his real passion was acting.

As well as Corrie, Chris enjoyed roles in Prime Suspect, The Liver Birds and Brideshead Revisited. 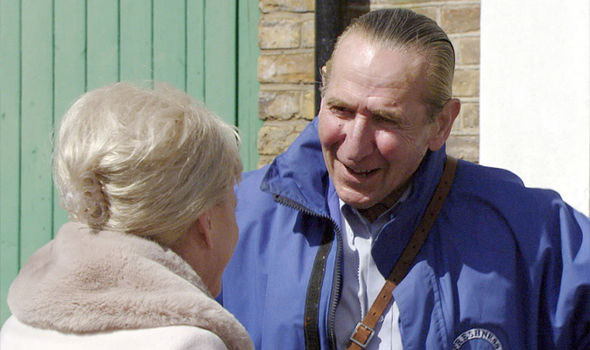 And the actor certainly played the waiting game when it came to his moment in the limelight – it was 16 years after his first appearance before he was given his first line.

The moment came when a hungover Kat Slater (Jessie Wallace) hitched a ride on the back of his milk-float and he dropped her home before asking her dad Charlie (Derek Martin): “Is this yours, squire?”

Sadly, he passed away in August 2016, causing an outpouring of condolences from fans and cast mates alike.

Dancing On Ice 2022: How old is Brendan Cole and who is his wife?

Brendan Cole has made it to the final of Dancing on Ice 2022 (Picture: Getty) Former Strictly Come…
byBizLifetime
No comments

Britain’s Got Talent 2022: Who got through third semi-final for final?

Tom was in shock when he was announced as the night’s overall winner (Picture: ITV) (Credits: Dymond/Thames/Rex/Shutterstock) The…
byBizLifetime
No comments