Will said he has been ‘winging’ the dancing (Picture: REX/PA)

Strictly Come Dancing star Will Mellor has defended himself against a troll who claimed he should be booted out of the BBC’s flagship show.

The Two Pints of Lager and a Packet of Crisps actor wowed judges Craig Revel Horwood, Motsi Mabuse, Shirley Ballas and Anton Du Beke with his first spin on the ballroom floor.

Along with partner Nancy Xu, the 46-year-old soared to the top of the leaderboard with 34 points after their energetic rendition of the jive, tying in first place with Hamza Yassin and Jowita Prystal.

Speaking ahead of the second live show, and the first round of eliminations, the Hollyoaks star said he wanted to set the record straight about his experience in dancing after reading an untrue comment about his abilities.

He explained: ‘I’ve read a lot of things about myself over the years so nothing catches me out apart from one person – there’s always one. And I don’t even know why I mention it but they were saying I should be thrown out of the show because obviously, I’m a professional dancer.

‘Now, I’m not even a trained actor. I didn’t even go to drama school. I wing everything. I’ve been winging acting for 46 years.

‘I think people just like to find fault. [Someone was saying] I shouldn’t be allowed to be in the show because after that first dance you can see I’m obviously a trained dancer, which is absolute nonsense. 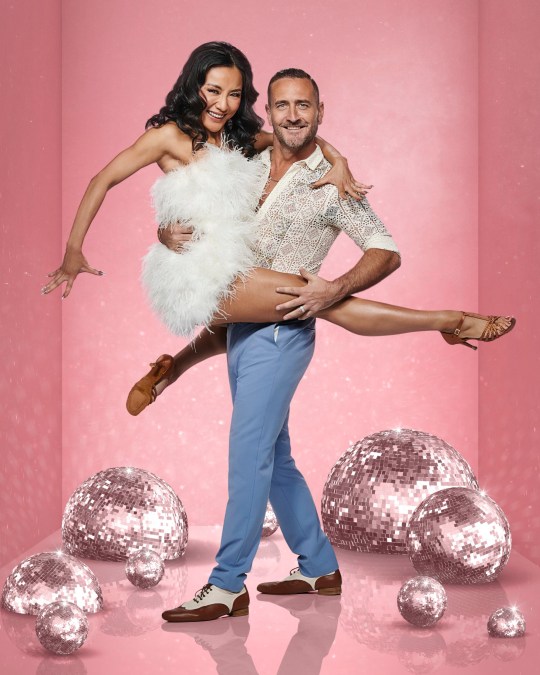 Will and Nancy really impressed the judges in the first week (Picture: BBC/Ray Burmiston)

‘But you know what it’s like on social media. People are being positive and someone likes to throw a negative curveball and that’s the one that stands out.’

Will also said the reaction from the fans after last week was ‘much bigger than expected’, adding: ‘I didn’t really know what I was getting myself into.’

He said: ‘After Saturday, my phone did not stop. I had to just say I’ll have to look at it tomorrow because I was so tired after all the adrenaline and the excitement and the buildup. 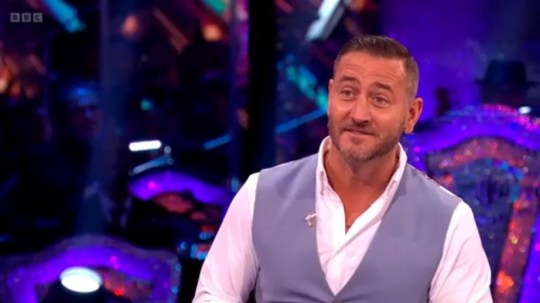 Will wants to clarify he is not a professional dancer (Picture: BBC)

‘I got so many amazing messages across social media as well as from personal family and friends. I then went out for a little walk to get some fresh air and everyone was stopping me in the street.

‘I was overwhelmed by how big the show is and how positive people are and how much people love the show. It’s their Saturday night. It’s part of their entertainment: they religiously they sit down every Saturday night and watch Strictly and I’m just proud to be a part of it.

Strictly Come Dancing returns tonight at 6.30pm on BBC One and BBC iPlayer.

Ncuti Gatwa and Russell T Davies beamed as they attended the Baftas after the secret was out (Picture:…
byBizLifetime
No comments