The Circle star ‘scared’ to leave his house after homophobic attack

Freddie was on the very first series of The Circle (Picture: Channel 4/PA)

The Circle star Freddie Bentley has opened up about the impact a recent homophobic attack had on him, saying he’s felt ‘scared’ to leave his own house.

Last month, Freddie – who appeared on the first season of the UK reality series – was arrested at a pub in Essex, claiming that three men had hurled homophobic slurs in his direction.

Emphasising that he was ‘actually the victim’ in the scenario, despite originally being the one to receive punishment, the reality star said that after CCTV footage was inspected, the cases against him were dropped.

During a new interview, the 24-year-old said that the way he carries himself has changed following the attack, ‘even the way I have been nervous’.

‘I haven’t really left the house a great deal because it has scared the s**t out of me,’ he told Bobby Norris and Stephen Leng on FUBAR Radio’s Access All Areas.

He continued, saying: ‘My side has been cleared but that side, with the boys, is still happening with the police. 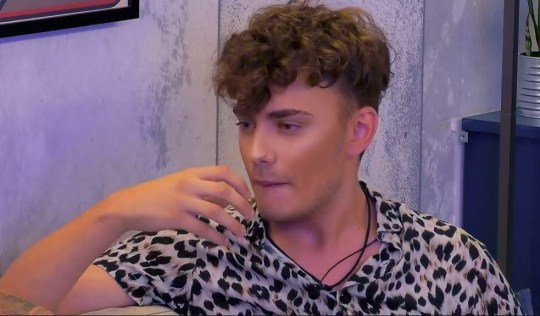 ‘I am gonna press charges and I am gonna make a deal of this because if I don’t act on this, then who else is gonna do it?’

Freddie added that while he ‘can’t speak about it too much’, he is aware that the men in question ‘have been arrested’ and the police ‘are not taking it lightly’.

The TV personality described the incident as the ‘biggest wake up call’ for him, outlining how it has caused him to experience ‘anxiety’.

‘It has caused me a little bit of anxiety because I’ve never been started on for my sexuality,’ he said.

‘Obviously, I’ve had people shout things in the street or doing this and that, but I’ve never been attacked for my sexuality, so it did knock me for six.’

He expressed his hope that he can ‘try and turn this negative into a positive’ by helping other young members of the LGBT+ community.

‘I am proud and I’m gay and I love helping the younger generation with their sexuality and coming out,’ he stated.

The soundtrack for the new season of Stranger Things has been unveiled. The first part of the soundtrack accompanies…
byBizLifetime
No comments

BoA has responded to hate comments she has received following the most recent episode of Street Man Fighter, while SM…
byBizLifetime
No comments

FOUR years after his tragic death, Jackson Odell’s mother shared a beautiful tribute to her son. On June…
byBizLifetime
No comments