The Crown: Netflix in early conversations to make prequel series

Netflix is having early conversations about creating a prequel to The Crown that would precede Queen Elizabeth II’s reign, which has been portrayed so far on the hit period drama.

The fifth and sixth seasons of the show, which will star Imelda Staunton as the monarch, will depict tales of the royal family leading all the way up to the 21st century, having begun in the late 1940s in season one when the young Princess Elizabeth wed before ascending to the throne.

It’s been claimed that creator Peter Morgan is keen to transport viewers back further into the past with plans for a prequel.

It’s said the spin-off could feature the beginning with Queen Victoria’s death at the turn of the 20th century and featuring the scandal of Edward VIII falling for Wallis Simpson ahead of his abdication, as well as a young Winston Churchill.

While nothing has been confirmed by Netflix or Left Bank Pictures, the company that produces the drama, a source has claimed that Peter is ‘excited by the possibility of the era’, comparing the potential for the prequel to the Star Wars franchise.

‘At the moment Peter covers about ten years per series, so on that basis there will be five new series of The Crown,’ they told The Daily Mail. 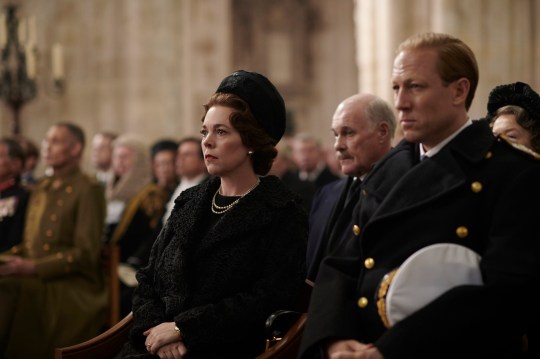 Olivia Colman’s depiction of the Queen took the tale of the royal family to the 1990s (Picture: Des Willie/Netflix/PA)

‘Peter has started writing outlines and plans are being made for filming.’

Netflix declined to comment on the speculation when contacted by Metro.co.uk.

It was recently reported that the show’s creators were on the lookout for an actor to play a young Kate Middleton in the final season of The Crown.

It’s expected that scenes could show the future Duchess of Cambridge during the early stages of her relationship with Prince William, the Duke of Cambridge.

The couple met while at the University of St Andrews in the early 2000s, when both of them were studying history of art, although Prince William changed his degree to geography.

The news of the supposed casting call came after it emerged that the son of Dominic West – who will portray Prince Charles, the Prince of Wales in season five – will be playing Prince William in his early teens.

The Crown is available to watch on Netflix.

I was conned out of £50k and couldn’t believe the sneaky way scammers tricked me, admits Coronation Street star

A FORMER Coronation Street and his wife have warned of the surprising ways hackers scammed their bank account. …
byBizLifetime
No comments

The campaign group want the government to take action (Picture: REX/BBC) The writer behind BBC drama Together used…
byBizLifetime
No comments