The Walking Dead showrunner Angela Kang has explained a key Maggie and Negan moment from the show’s season 11 mid-season finale.

Last night’s (April 10) episode Acts Of God saw Maggie admit that she is “starting to” trust her long-running enemy, despite their deeply adversarial relationship over the years, asking him to protect her son Hershel.

“You saved him at Riverbend,” she reminds him. “Whatever else happens, and whatever else has happened, I will never forget that.”

Negan and Maggie in ‘The Walking Dead’ (Credit: AMC)

“It’s definitely a roller coaster ride of emotion with these two,” she said. “But I think that this is a moment where Maggie sees that Negan has been trying, and he did do right by her child.

“And that’s not lost on her, but it’s also notable to see that he has never just straight-up apologized to her. And she has never said, ‘I forgive you.’ That’s not what it is, but I think that she’s a mature leader, and she knows that in the balance of things, it’s better that they team up right now than they be at each other’s throats.”

She also noted that Maggie is “really impressed” by Negan’s wife Annie: “She can tell that Annie is a good person and a good force in his life. And maybe it says something that they have chosen each other. 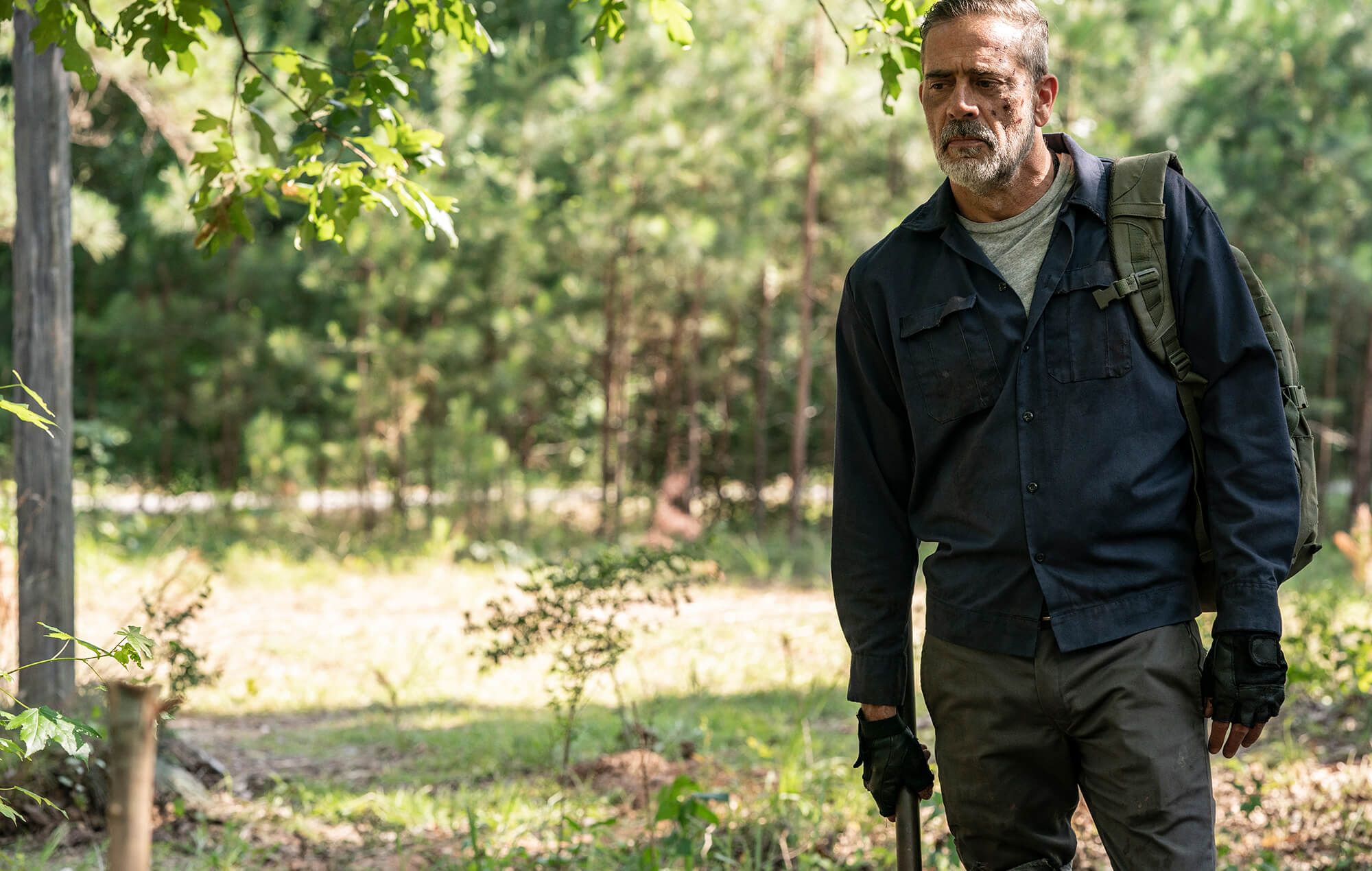 “It moves her a little bit. As much as she definitely had an emotional reaction when she found out that Annie’s pregnant, she’s not going to hate somebody just because of the person that they’re with, if she thinks that Annie is somebody that could be one of their friends.”

Kang suggested that Maggie’s words give Negan some sense of relief too, adding: “I think also for Negan, he does want to hear, ‘Hey, we’re post-apocalyptic BFFs now!’ Negan can have this kind of hard-shell exterior obviously, but Negan wants to be accepted.

“He’s definitely an extroverted villain, and he doesn’t like to be kind of off on his own. He’s like, ‘I want to be part of the gang.’ And so he hears that as like, ‘All right, cool.’ It’s like, ‘I’m going to take that and run with it.’ He might be a little further along than she is.”

Following the events of the episode, which also saw the Hornsby and Commonwealth soldiers take over the communities of Alexandria, the Hilltop and Oceanside, Kang admitted that “things are going to continue to get increasingly more intense”.

“There are going to be some really surprising turns for people that they won’t see coming,” she said of the remaining episodes. “And it’s emotional. We really are focusing on a lot of our characters and getting into some of their various stories.

“For a lot of us, we were feeling like there’s kind of like this legacy to these characters and how far they’ve come. And if the Commonwealth is a place where you’re judged based on who you were a long time ago, does that give you room to prove who you are now?

“And a lot of our characters are trying to figure out: Who is it that I am now? And what do I do with that? And so that becomes a big part of the story going forward.”

I’m the show’s biggest-ever winner and this is how I spent my £80k, says The Chase’s Dan

A crew member for Law & Order: Organized Crime was shot and killed by an unidentified person near…
byBizLifetime
No comments

EMMERDALE fans have broken down in tears after Faith Dingle decided to stop having life-extending treatment. The barmaid…
byBizLifetime
No comments