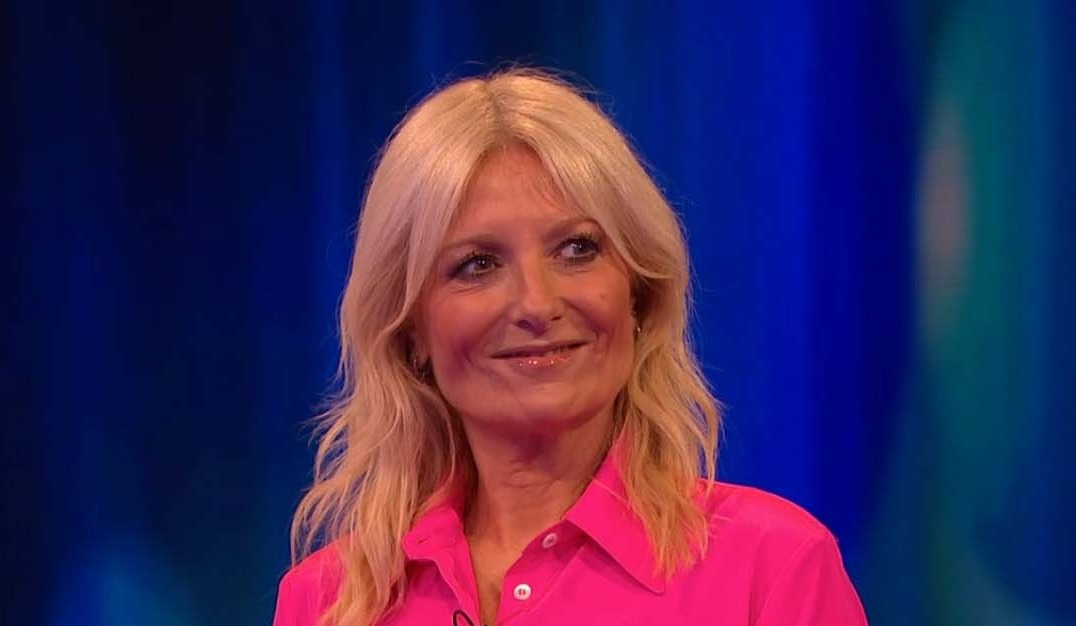 Gaby Roslin scolded Ben after he made a cheeky innuendoCredit: ITV

The trio went head-to-head in a bid to get to the final with a large prize pot.

But fans were left seriously distracted when Ben presented Gaby with a hilarious mystery prize in the first round.

“It won’t have escaped your notice that you’ve got one of our mystery prizes,” Ben announced.

Gaby, 57, admitted she was a little anxious about the gift and added: “I’m a slightly scared.” 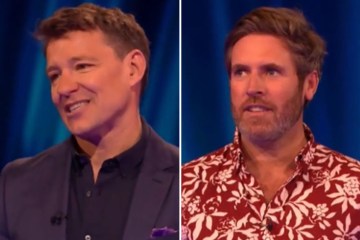 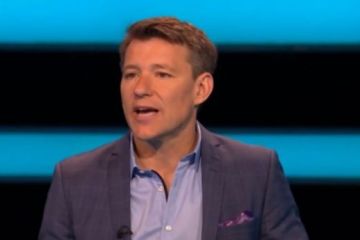 Ben replied: “Gaby lather me up and rub yourself down with this money can’t buy….”

But before Ben could finish his sentence an alarmed Gaby exclaimed: “I beg your pardon!”

Ben revealed a small towel with his face printed on it.

The podcaster was fans in fits of laughter as she realised the flannel was covered with Ben’s face.

She cheekily responded: “Here’s the thing Ben, do I keep it or give it to my dad.”

Gaby admitted that her dad Clive is a huge fan of the afternoon ITV game show.

Another posted: “Where can I get my hands on one of those Ben Shepherd flannels??? Asking for a friend”

A third said: “Lather me up ad rub yourself down ooo er Ben. #TippingPoint”

Sean was also in for a surprise after he won a bottle of talc powder.

Ben took to Twitter to tease his co-star, writing: “He’s an esteemed colleague, so I was only too happy to shower @SeanFletcherTV in prizes, and this #TippingPoint talc will be just the ticket for those testing tight briefs I have to sit next to each show.”

Unfortunately JJ was the first player to be eliminated as he trailed behind the other two with £1,100.

He was followed by TV star Sean who won a respectable £2,200 for charity Young Minds, who help to support youngsters with mental health.

Winner Gaby bagged a place in the final with £3,500 and took on the coin machine to try and increase her total prize pot.

Hoping to land the big cash counter, Gaby continued to drop coins into the machine as she watched the jackpot counter dangle on the edge but it refused to fall.

Gaby turned down the trade and opted to take the £6,000 she had earned.

She told Ben that the money would help kids with exceptional needs for charity WellChild.

The pair make their debut in this week’s episode (Pictures: Ollie Upton / HBO) Warning: spoilers ahead for House…
byBizLifetime
No comments

SHE is yet to tell anyone her dad is Michael Owen, but that could be about to change…
byBizLifetime
No comments

BGT 2022: Loren Allred was on The Voice before Golden Buzzer success