The former champ has opened up on the future (Picture: WWE)

Tommaso Ciampa doesn’t want to restrict himself to one style in WWE and he’s open to a short run showing off his comedy chops.

The former NXT Champion seemingly had his NXT farewell at Stand & Deliver earlier this month, and he’s already given some thought to the next stage of his career if he ends up on the Raw or SmackDown rosters

He exclusively told Metro.co.uk: ‘Creatively, I’m not very hard to please in the sense that I just view it as, “Give me five minutes and I’ll make it the best five minutes I can”, whatever that means.

‘Whatever I’m asked to do. If comedy is in my future, whatever it is, I don’t know – I just look at it like, there’s no ending to this.

‘So, if I do comedy for a couple of months, it doesn’t mean after that I can’t go back and do something else I might enjoy. There’s no ending.’

Ciampa is known as one of the best wrestlers in the world, but he looks back ‘so fondly’ on the more lighthearted moments he’s enjoyed on the independent scene.

‘I think my most famous times were probably made most famous by my times in PWG – stuff that I kinda did around the circuit and perfected. The thumb incident with Lyger, the singing and doing slow motion wrestling,’ he laughed during our interview in November.

‘Those are things that I guess are in my past but they’re things that I look back on so fondly. It’s just the entertainment part of this business that I just love so much. It’s what, to me, pro wrestling is.

‘There’s no definition of it, right? When you can do all those things and have crowds that are singing along to I Believe I Can Fly, and going in slow-mo, reacting to pretend grenades – it’s awesome.’ 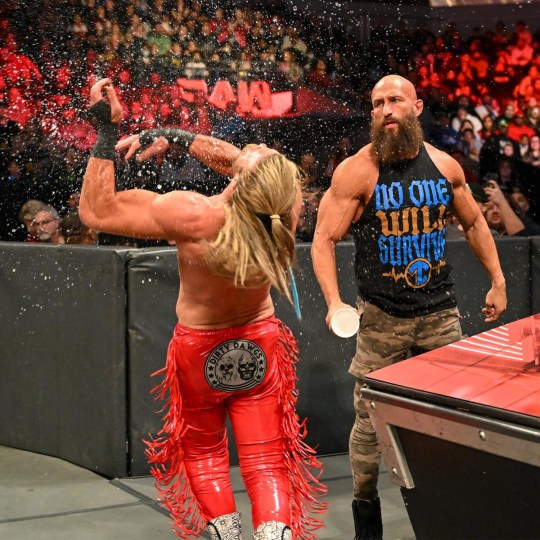 Raw have already seen a glimpse of him (Picture: WWE)

While fans have wanted to see Ciampa given an extended run on Raw or SmackDown for a long time now, the man himself has also given it plenty of thought.

‘There’s so many people that I can look at right now on those Raw and SmacKDown rosters and think, “Man, what if?” I haven’t been in the ring with so many of them,’ he explained. 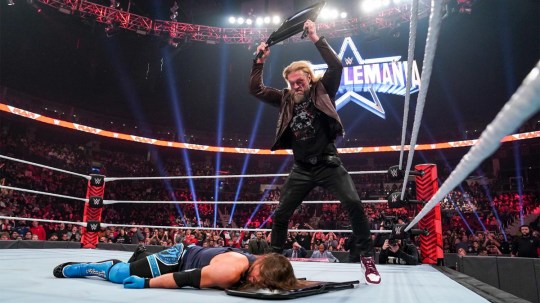 Edge and AJ Styles are both on Ciampa’s list (Picture: WWE) 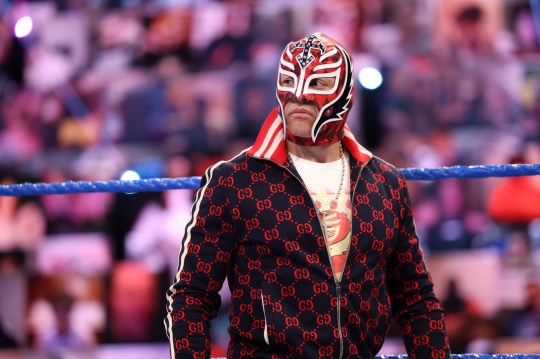 Could we see Ciampa and Rey Mysterio in the future? (Picture: WWE)

‘Whether it’s Edge or Rey Mysterio, I’ve never really had a singles match with AJ Styles, done stuff with Roman Reigns. There’s so many – you can just go down the list forever and ever.’

He pointed to his time growing up as a huge Royal Rumble fan, and the dreams of appearing on grand stages like WrestleMania and SummerSlam.

He added: ‘It’s all stuff that now, the more I’ve done it, the longer I’ve been doing it, you keep checking off boxes and keep building that resume. It’s stuff that, if five to 10 years from now, I can check off all those things and have those be part of it, that’d be awesome.’

And if the Raw call-up does happen, Ciampa feels ready for whatever lies in front of him.

‘I’m very much focused on what I can control. There’s a lot of stuff – not just in wrestling, but in life – you just don’t control,’ he said. ‘I know I’ve done the ground work, I’m prepared for it, I’m ready for it, I’m excited for it.’

WWE Raw airs Monday nights at 1am on BT Sport 1.

Married At First Sight UK: Who is Mel Schilling’s husband?

ONE WOMAN has opened up about her experience of Wife Swap and how it impacted her parents’ marriage.…
byBizLifetime
No comments

GOGGLEBOX viewers were left in hysterics last night after Lee tricked Jenny with a VERY naughty joke. The…
byBizLifetime
No comments