The similarity between Viktor and Ben’s outfits is undeniable (Picture: Netflix)

The Umbrella Academy fans have shared their excitement over a new poster released of Elliot Page as Viktor Hargreeves in season 3, ‘sobbing’ over what they believe to be a nod to Ben Hargreeves.

Last month, Elliot revealed a first look at his character Viktor since coming out as trans, having previously played Vanya Hargreeves in the first two seasons of the Netflix superhero series.

The picture showed Viktor sitting in a diner next to his sister Allison Hargreeves (Emmy Raver-Lampman), wearing a hoodie underneath a leather jacket.

Netflix later shared an official poster for Viktor with a close-up of his outfit, which bears a striking resemblance to the ensemble Ben (Justin H Min) wore on the show.

In The Umbrella Academy, it’s revealed that Ben – also known as The Horror and dubbed Number Six by his adoptive father – died when he was younger, but could be seen by his brother Klaus Hargreeves (Robert Sheehan), who has the ability to see and communicate with the dead.

Season two saw Ben apparently depart for the afterlife for good in emotional scenes, leaving fans to speculate that Viktor may have donned the leather jacket and hoodie combo to pay tribute to his late sibling. 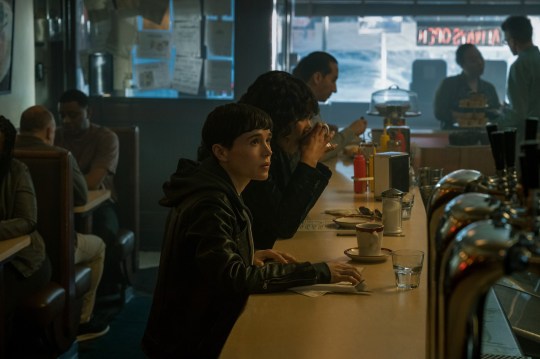 Fans went wild for the first look at Viktor in the show (Picture: Netflix)

‘He’s wearing the same outfit Ben used to wear…. I’m not crying,’ one person tweeted in response to the poster.

‘Someone pointed out that Viktor is dressed like Ben I’m sobbing,’ another said. 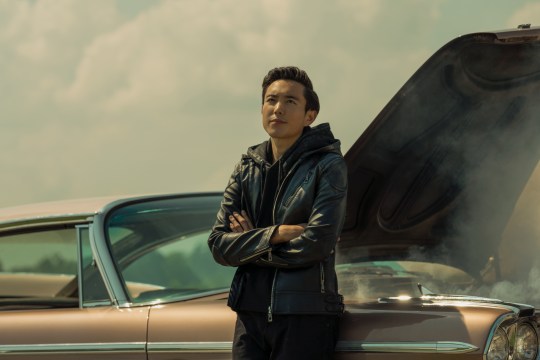 A different version of Ben is part of the Sparrow Academy in season three (Picture: Christos Kalohoridis/Netflix)

Someone else expressed their hope that season three will show Viktor putting Ben’s jacket on for the first time, with another remarking: ‘Please show us Viktor finding that jacket and thinking of Ben.’

‘The way I screeched and cried when I realised Viktor dressed up like Ben with the jacket and hoodie,’ one fan exclaimed.

After Elliot shared the first look of Viktor on Twitter, Justin responded by quote-tweeting the picture with the message: ‘Ben would be so proud.’

While it appeared as though Ben might be gone forever in season two, the final episode’s cliffhanger revealed that he isn’t completely out of the picture, as there is another version of Ben who’s still around.

When the Hargreeves siblings returned to their home in the present day from the 1960s, they discovered they had been transported to an alternate reality.

Instead of finding the Umbrella Academy, they learnt that their home had been turned into the Sparrow Academy with a different group of superpowered individuals, including their brother Ben.

They also found out that their father SIr Reginald Hargreeves (Colm Feore) – whose death was the catalyst for the first season of the show – is still alive.

Number Seven Christopher, who was shown side-by-side with Viktor on the new poster released on Netflix, appears as a floating cube, while the Ben in this alternate reality is also known as Number Two.

Season three of The Umbrella Academy is set to premiere on June 22 on Netflix.

KARDASHIAN fans think that Kris Jenner and Corey Gamble have secretly got married. Followers of the famous family…
byBizLifetime
No comments

Comedian, actor and writer David A. Arnold has died aged 54. His death was confirmed by the Arnold…
byBizLifetime
No comments

Max George has opened up on his grief over late pal and bandmate Tom Parker, who died earlier…
byBizLifetime
No comments