Russian Doll is back for a new season after Pandemic-related delays (Picture: NETFLIX)

It’s been a couple of years in the works, but Netflix’s Russian Doll season 2 is almost here, with a newly released trailer teasing what existential exploits are in store for Nadia (Natasha Lyonne) and the rest of the cast after the end of the first season.

Season 2 will also follow time travel shenanigans as per the first season, but with a different approach, as duo Nadia and Alan (Charlie Barnett – also stuck in a Groundhog Day-esque loop) discover a time portal in New York City that will force them to confront their past.

Here’s everything else we know about the new season.

When is Russian Doll season 2 released on Netflix?

Russian Doll will officially return for season 2 on Netflix Wednesday, April 20, with all seven episodes available to binge-watch at once.

What happened at the end of season one? 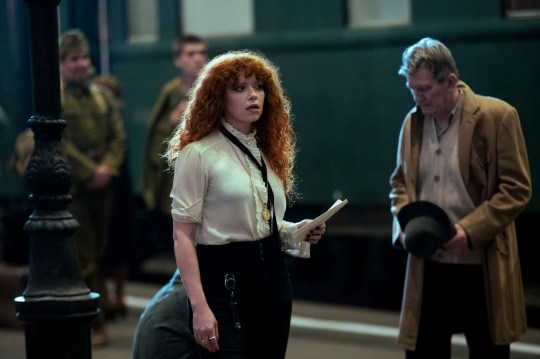 In the final episodes of the previous season, Nadia and Alan realise it’s more than a time loop that resets every time they die; people are disappearing from existence, and the world is growing less stable.

Slowly, they both know they have no choice but to finally confront their buried traumas. Alan has to forgive his girlfriend, Beatrice and accept his role in their unhappiness. Nadia must admit that she blames herself for her mother’s death, and figure out whether she even wants to live past her 36th birthday.

Then, spoiler alert, in the season finale, the Nadia and Alan we’ve been following from the beginning are no longer in the same universe… they’ve been split into two separate timelines, each of them renewed with a sense of purpose and a desire to live – yay! 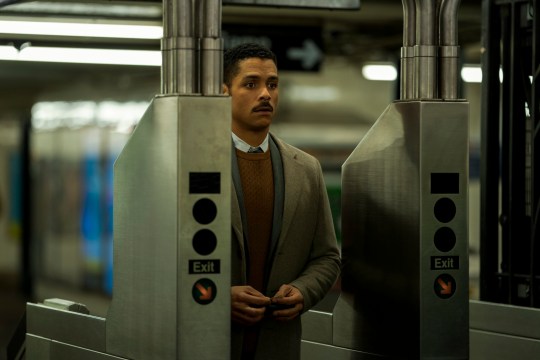 Alan can’t celebrate as he hoped at the end of season 1 (Picture: VANESSA CLIFTON/NETFLIX)

But, plot twist, they can’t celebrate together (boo!) because they’re paired with the past versions of each other we saw in the early episodes.

Confused? Don’t forget to re-watch season one before the premiere of the new season – it makes sense, honestly.

Natasha Lyonne will reprise the role of Nadia Vulvokov in the new episodes, alongside, fellow time-loop sufferer Alan, played by Chicago Fire’s Charlie Barnett, who is also set to return, along with Nadia’s friends Maxine (Greta Lee) and Lizzy (Rebecca Henderson). 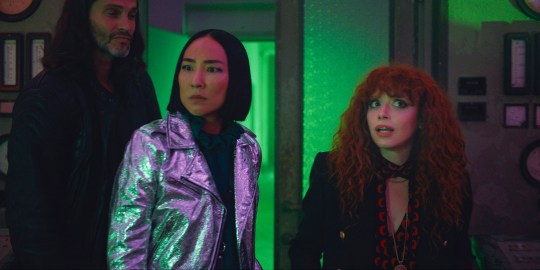 Both old and new faces will star in the show’s anticipated second season (Picture: COURTESY OF NETFLIX)

Schitt’s Creek star Annie Murphy has joined the cast in a top-secret role, which Lyonne has described as ‘the heart of the show.’

In the trailer, we see the pair navigating New York, with Nadia jokingly saying, ‘The universe finally found something worse than death. I broke time.’

The world of Russian Doll will be larger than its first season, with it described as ‘an ever-expanding, era-spanning, intergenerational adventure.’

The streaming giant has been careful not to disclose many other specifics about the plot, but we know part of the story unfolds in Manhattan’s East Village in the year 1982.

According to Netflix’s synopsis: ‘This season finds Nadia and Alan delving deeper into their pasts through an unexpected time portal located in one of Manhattan’s most notorious locations.

‘At first, they experience this as an ever-expanding, era-spanning, intergenerational adventure, but they soon discover this extraordinary event might be more than they bargained for and, together, must search for a way out.’

Fans were quick to notice that Bob may have ruined the mid-season finale (Pictures: Getty / Sony Pictures)…
byBizLifetime
No comments

Shocked Love Island fans spot Coco’s shady move towards Andrew and Tasha – did you see it?