BBC confirmed on Wednesday that Chris Mason will be appointed as the new political editor replacing Laura Kuenssberg.

Addressing his exciting new position, he said: ‘What a tremendous privilege to take on what, for me, is the most extraordinary job in British broadcasting and journalism.

‘I clamber upon the shoulders of giants like Laura, Nick, and Andrew with a smattering of trepidation and a shedload of excitement and enthusiasm.

‘To lead the best team of journalists in the business on the best news patch of the lot is something I’d never even dared dream of. I can’t wait to get started.’

But where else has Chris worked, and how old is he?

Who is Chris Mason? 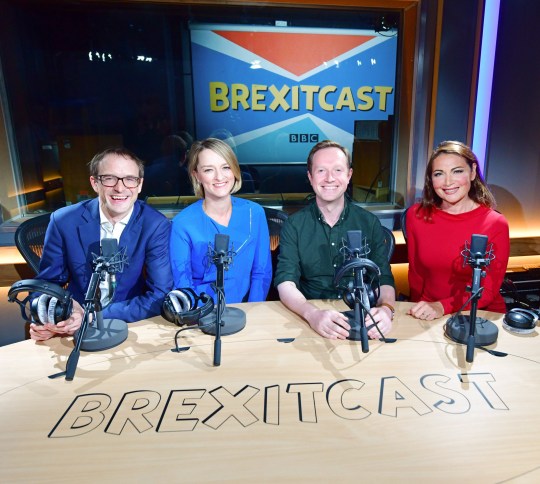 Chris (left) started as an ITN trainee early in his career (Picture: BBC)

The 41-year-old grew up in Grassington, North Yorkshire, and was enrolled at Ermysted’s Grammar School in Skipton.

He studied geography at Christ’s College, Cambridge, but also got involved in student media, where he fulfilled his lifelong passion for radio inspired by BBC Lancashire.

He started his career as trainee at ITN productions post grauduation, before joining BBC Newcastle in 2002.

Speaking over Chris’ upcoming role, Jonathan Munro, Interim Director of BBC News, said: ‘Chris has been an exceptional correspondent in an extraordinary time for British politics.

‘His calm, incisive analysis and signature candid style have been invaluable for audiences when navigating complex stories.’

He added: ‘His ambition and vision for the Political Editor role is really exciting and I wish him every success in the new post.’

What is Chris Mason’s career history? 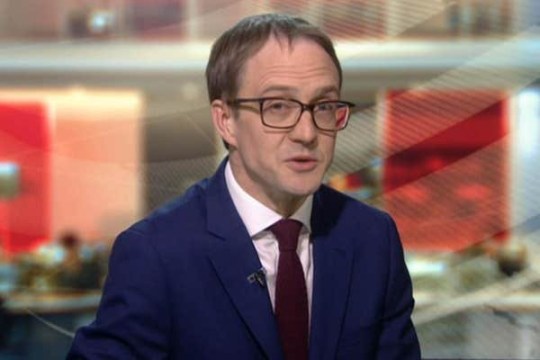 Chris has worked for over 10 years as a political correspondent with BBC News (Picture: BBC)

Chris has had a stellar career in the broadcasting industry since he delivered his first report from Westminster in 2004.

The Yorkshire native has also presented BBC Radio 4’s Any Questions? since 2019 and occasionally presents BBC Breakfast, as well as making regular appearances on Newscast.

Laura – who confirmed she was stepping down late last year – was among those congratulating Chris on his new role, taking to Twitter to wish him the best of luck.

She wrote: ‘Huge congrats and welcome to the best daily job in the business, to colleague, great friend and of course #newscaster @ChrisMasonBBC.’

Who is Chris Mason’s wife? 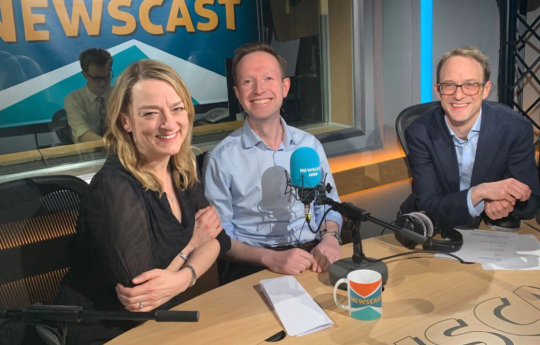 Not much is known about Chris’ personal life (Picture: @chrismasonBBC/Twitter)

Although not much is known about Chris’ private life, the journalist is married.

Her name hasn’t been confirmed, but Chris and his wife share two children together.

It is also reported that Chris’ wife is a primary school teacher.

Since announcing her departure as politics editor, Laura has been confirmed to be launching her own Sunday morning radio show.

Elisabeth Moss has spoken out about her belief in Scientology, labelling it a “misunderstood” religion. Moss has been…
byBizLifetime
No comments

AMANDA Holden showed off her hard rock abs in pink bikini as she relaxed by the pool. The…
byBizLifetime
No comments

Russian Doll season 2: Netflix drama is trippier than ever as trailer drops