WILL Smith was “asked to leave the Oscars but REFUSED.”

This came as the Academy earlier ruled his shocking slap at Chris Rock broke their code of conduct.

Will Smith was ‘asked to leave the Oscars but refused’Credit: Neilson Barnard/Getty Images 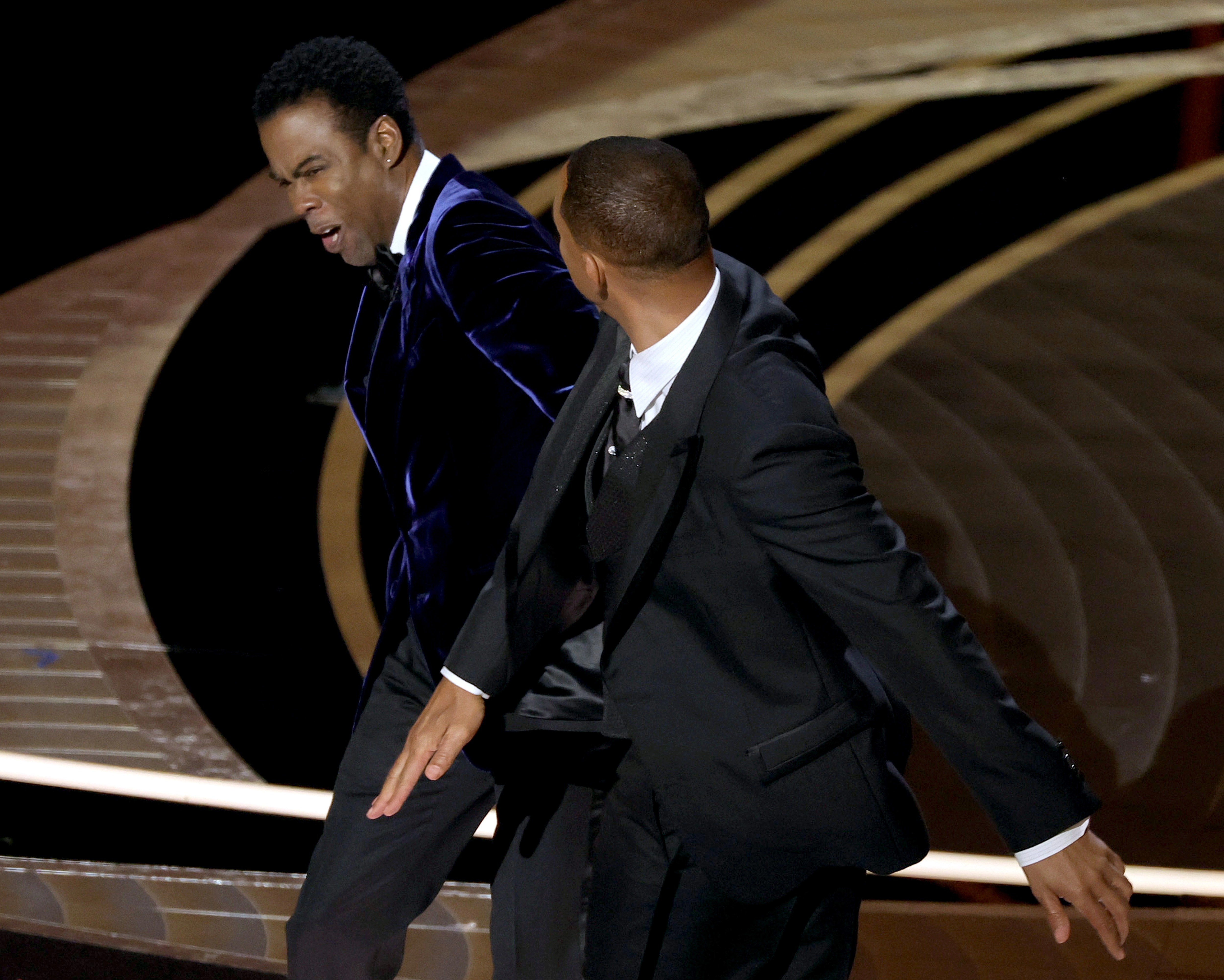 The Academy released a statement condemning his on-stage slap towards Chris Rock with ‘disciplinary hearings’ having begunCredit: Neilson Barnard/Getty Images

The Hollywood Reporter additionally shared a full statement from The Academy, as “disciplinary hearings” have begun over the on-stage incident regarding Will, 53.

“The Board of Governors today initiated disciplinary proceedings against Mr. Smith for violations of the Academy’s Standards of Conduct, including inappropriate physical contact, abusive or threatening behavior, and compromising the integrity of the Academy.

“Mr. Smith is being provided at least 15 days’ notice of a vote regarding his violations and sanctions, and the opportunity to be heard beforehand by means of a written response.”

They continued in their damning statement that at the “next board meeting on April 18,” they take “any” disciplinary action including “suspension, expulsion, or other sanctions.”

They surmised: “Mr. Smith’s actions at the 94th Oscars were a deeply shocking, traumatic event to witness in-person and on television. Mr. Rock, we apologize to you for what you experienced on our stage and thank you for your resilience in that moment.

“We also apologize to our nominees, guests and viewers for what transpired during what should have been a celebratory event.

They then added that Will apparently refused to leave the show.

“Things unfolded in a way we could not have anticipated. While we would like to clarify that Mr. Smith was asked to leave the ceremony and refused, we also recognize we could have handled the situation differently.”

Matrix actress Jada, who first revealed she suffered from hair loss condition alopecia in 2018, rolled her eyes at the joke and looked upset – which appeared to prompt Will into action.

Stars including Nicole Kidman and Lupita Nyong’o looked horrified as he stormed the stage and hit the presenter hard across the face.

The Fresh Prince star then walked back to his seat as a stunned Chris said: “Will Smith just smacked the s**t out of me.”

Will yelled at the comedian: “Leave my wife’s name out of your f**king mouth.”

Chris looked visibly shaken and said: “Wow, dude, it was a G.I. Jane joke,” to which Will repeated, “Keep my wife’s name out your f**king mouth!”

It is believed that Chris has not spoken to Will since the incident.

The duo have yet to make amends following the incident as Chris reportedly went straight to his dressing room after leaving the stage.

According to TMZ, the comedian was not aware that Jada suffers from alopecia when he made the joke.

WILL TAKES THE STAGE

It’s unclear when or where Will was asked to leave.

According to The Hollywood Reporter’s Scott Feinberg, who was in attendance, a tearful Smith needed to be “pulled aside and comforted” by fellow actors Denzel Washington and Tyler Perry during a commercial break.

Will shortly after took the stage for his acceptance speech for best actor, which he won for his role in “King Richard.”

With tears running down his cheeks, Smith said that “Richard Williams was a fierce defender of his family,” and that “art imitates life.”

“Love will make you do crazy things,” he added.

“I’m hoping the Academy invites me back,” Smith said after apologizing to event organizers and his fellow nominees.

Will finally apologized to Chris almost a full day after the incident, calling his actions “unacceptable and inexcusable”.

He wrote on Instagram: “Violence in all of its forms is poisonous and destructive. My behavior at last night’s Academy Awards was unacceptable and inexcusable.

Strictly Come Dancing star Tony Adams might find himself distracted ahead of tonight’s live show, as it appears…
byBizLifetime
No comments

Netflix has removed the LGBTQ tag from series Dahmer – Monster: The Jeffrey Dahmer Story after it was…
byBizLifetime
No comments