The new champion was crowned at WrestleMania 38 earlier this month when the EST of WWE defeated Becky Lynch to win the gold and avenge her shock loss at SummerSlam 2021.

Partway through the show, Belair faced off with Queen Zelina Vega in an entertaining but brief bout showcasing the champ en route to a convincing victory.

The real story was still to come though, as Sonya Deville came out and initially congratulated Bianca on her big WrestleMania win.

She then goaded the EST into signing an open contract for her first title defence, after pointing to all the potential challengers – including the likes of Becky, Rhea Ripley, Alexa Bliss, Liv Morgan and more – and hearing that Belair is open to facing any of them.

She accepted Sonya’s proposal and put pen to paper, only to be laid out by the former MMA fighter as the official unleashed a beat down before unveiling herself as the opponent.

She then signed the contract herself, much to co-worker Adam Pearce’s disgust, and we’ve got ourselves a fantastic early title defence for Belair.

With her latest reign on top, keeping up momentum was always going to be key, and this is a great first feud for the new champ.

In a sight that’s still a bit surreal, Raw opened with Cody Rhodes as a guest on Miz TV just over a week after his shock return from AEW.

The American Nightmare soaked up the roar of the crowd before trading verbal jabs with the A-Lister, who called Rhodes an egomaniac and insisted without his father’s name, he’d just be a plumber.

Cody – who used terms like ‘belt’ and ‘wrestler’, only to be corrected by Miz – fired back and vowed to beat the best in WWE, before avoiding a sneak attack. 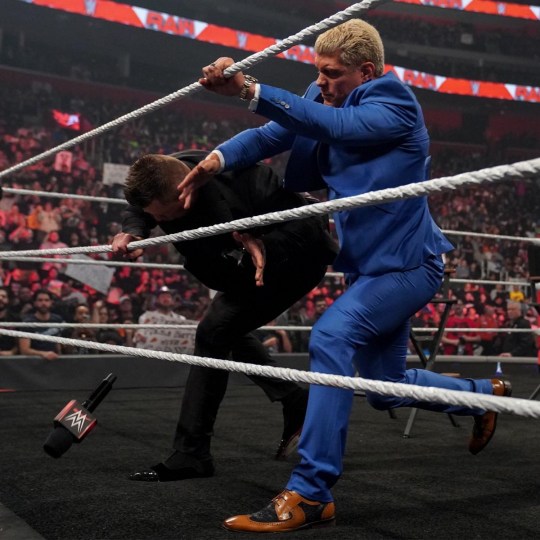 The Miz and Cody Rhodes clashed before their match (Picture: WWE)

The first match of the night saw Veer absolutely destroy poor Dominik Mysterio, and he continued the attack after the bell as Rey’s son had to be stretchered out of the arena.

AJ Styles and Damian Priest clashed in a fantastic match hurt a bit by a confusing ending when the Archer of Infamy knelt down as a purple light shone on him.

The show returned from an ad break, with WWE moving on without any definitive ending, while we then saw a hurt AJ backstage ranting about the way things went down.

Rhodes and Miz had a fun match next, with the former picking up the win only to be met with Seth Rollins in the ring – and the pair agreed to a rematch at WrestleMania Backlash.

Backstage again, Tommaso Ciampa was ready for an interview but Ezekiel introduced himself, which led to Kevin Owens ranting about how he’s lying and it’s actually Elias.

Ciampa brilliantly played along, and there’s genuine intrigue around where this storyline is going, especially with a lie detector test now set for next week.

Naomi made quick work of Liv Morgan in a fantastic sprint, before WWE returned from an ad break to Bobby Lashley already in the ring talking about MVP’s betrayl as he called out his former associate and Omos. 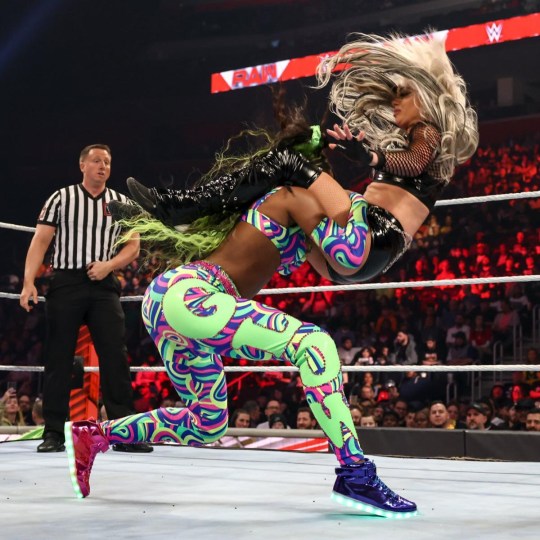 The ex-Hurt Business allies fought on the mic, with MVP claiming he made Lashley the All Mighty, while Bobby insisting he turned MVP’s farewell tour into something more.

The 24/7 Title scene took an entertaining turn this week as Reggie, Dana Brooke, Akira Tozawa and Tamina had their bachelor and bachelorette parties before next week’s double wedding.

Randy Orton and Riddle defeated Alpha Academy in a great match, which seems to push Chad Gable and Omos to the back of the line as RK-Bro move onto other things.

SmackDown Tag Team Champions The Usos came out to confront their Raw counterparts, with the Street Profits joining the party to stake their claim.

It led to Montez Ford and Angelo Dawkins battling Jimmy and Jey in a fantastic main event, while this was another example of Ford being a world champion in waiting.

Usos got the win here to set up the unification match, before everything broke down with Jimmy and Jey standing tall after laying out Orton with a Superkick.

WWE Raw airs Monday nights at 1am on BT Sport 1.