WHEN Instagram pro Izabella collaborated with a make-up artist she at least expected to be able to recognise herself.

In a bid to promote both of their social media accounts, the pair teamed up to create a sultry make-up look.

When the artist posted a picture of the finished look on Instagram later that day Izabella was baffled.

Although the artist applied a lot of heavy make-up, there was something off.

The picture looked nothing like the Insta queen, it was obvious it had been edited.

Completely smoothing out her skin and seemingly adding a tanning filter it looked nothing like her.

“She gave me MJ’s nose,” the beauty hopeful joked, referencing Michael Jackson’s nose which was famously altered by surgery.

Izabella’s natural nose, which was already button-like, had been shrunk significantly.

Having done collaborations with other people and brands before she probably was sure the project would run smoothly.

“I was lowkey offended,” She confessed to her followers.

Viewers of the video couldn’t believe what the makeup artist had done: “It’s such false advertising if they do that!!” 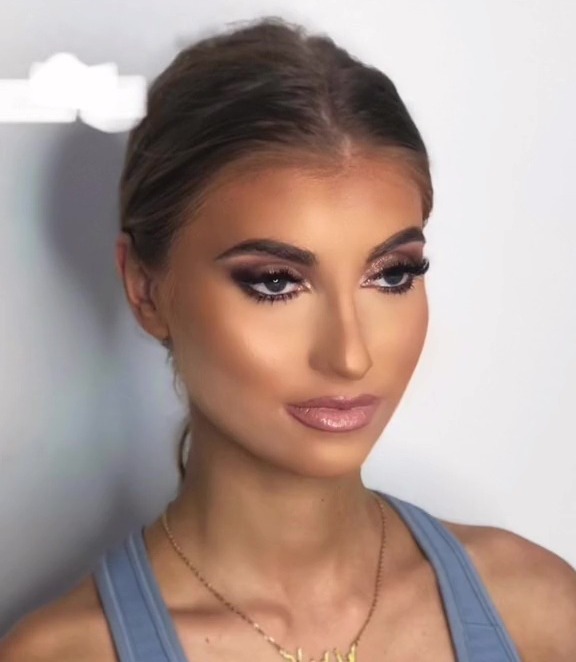 Another commented that they had a similar experience: “This happened to me too, I looked ridiculous after it was too much!”

A seconded added: “OMG that happened to someone I know, they changed everything. Literally EVERYTHING.”

Izabella, replied adding that: ” I fully thought I needed a nose job after seeing it.”

Other viewers were reassuring: “You don’t need any editing!!!”

For more utter fails: I asked the hairdresser for a cute ombré style and got something VERY different…when I went back she messed up AGAIN

Meanwhile, I had my first child at 20 – people say we look the same age and never believe she’s my teen daughter

And finally, I asked for unique brown nails with a cute heart design but what I left the salon with looked like I had armadillo claws

Table of Contents Hide 1. What is lip filler?2. Are there medical conditions which could prevent me from…
byBizLifetime
No comments

I whiten my teeth with shampoo, people say it’s dangerous but I don’t care, my dentist thinks they look amazing

A NAIL TECHNICIAN has revealed how she whitened her teeth using purple shampoo, despite warnings about the dangers.…
byBizLifetime
No comments

IF YOU live alone but still want a gorgeous glow, fake tanning can be a bit of a…
byBizLifetime
No comments